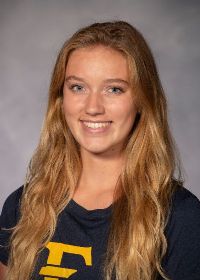 Prior to ETSU: Was a four-year swimmer at Science Hill High School and qualified for the state swim meet every year…Named second-team all-conference.

Personal: Born on Sept. 27, 2001… Daughter of Randy and Daphne Berg…Plans to major in nursing at ETSU.

About the Tennessee Lottery HOPE Scholarship

Since the Tennessee Education Lottery Corporation began selling tickets on Jan. 20, 2004, it has raised more than $5 Billion for specific education programs in Tennessee, including college scholarships and after-school programs.