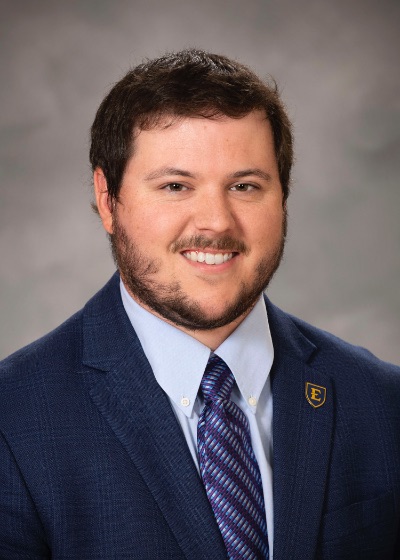 Fox, a native of Pinehurst, N.C. comes to Johnson City after serving as an Assistant Director of Sports Information at Mercer University in Macon, Ga. He joined Mercer in August 2017 and worked primarily with men’s soccer, women’s basketball and softball. During his time at Mercer, he covered four SoCon Championships, including a pair of women’s basketball titles as the Bears made their first-ever NCAA Division I appearance in 2018. Prior to his time at Mercer, Fox served as the Assistant Media Relations Director at Keiser University in West Palm Beach, Fla. and was responsible for 11 varsity sports.

Fox is a 2014 graduate of Western Carolina University, where he earned his B.S. in Sport Management. While at WCU, he worked in the Athletic Communications office as a student intern, allowing him to land a job at Liberty University in August 2014 as the Graduate Assistant for Athletics Communications. Fox completed his Master’s of Business Administration from Liberty in 2016.

Fox is married to former WCU Track & Field standout, Anne Greer, and the couple live in Johnson City with their dog Cleo.