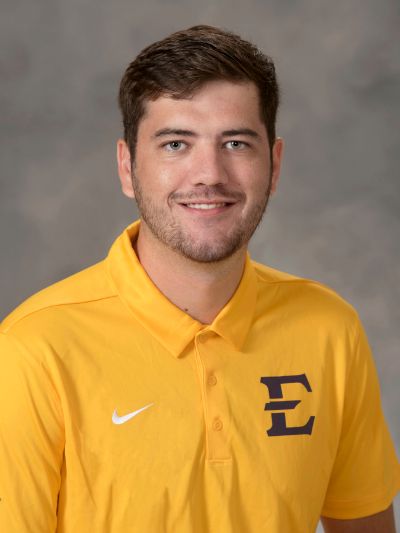 Matt Busch joined the ETSU Athletic Media Relations Office in August 2019 and is the main contact for men’s and women’s soccer, women’s basketball and track and field. In addition, he assists with game day operations for ETSU athletic events.

Busch spent the summer of 2019 as an intern in the Duke University Sports Information department where he helped prepare for the upcoming 2019-20 season. He helped assist in men’s and women’s basketball, golf, football and other duties assigned.

Busch, a native of Norfolk, Neb., comes to ETSU after a stint as a graduate assistant at Wayne State College in Wayne, Neb., where he helped cover all 13 sports for the Division II college.

Prior to his time as a graduate assistant, Busch spent three and a half years as a student worker in the Sports Information Department at Wayne State College on his way to a bachelor’s degree in sport management, where he completed his degree in the spring of 2018. During that time, Busch spent a semester at Creighton University as an intern in their athletic communications office. Busch helped with men’s and women’s basketball, tennis, softball and baseball while also being involved in the 2018 NCAA March Madness Regionals hosted in Omaha, working the Sweet 16 and Elite Eight matchups.