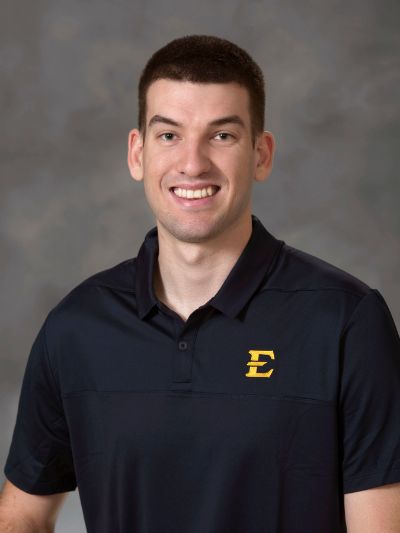 Kyle Johannes arrived in Johnson City on Aug. 1, 2019 to become part of the ETSU Athletics family. He was brought in to fill the newly-created full-time Assistant Director of Creative Services role. Johannes brings his live production skills of technical directing, replay operator, camera operator and graphics operator to the creatives services team within athletics to primarily produce TV broadcasts or capture video for all 17 Division I sports programs.

While live production is his strong suit, Johannes also brings skills of capturing and editing video content. His other duties include assisting with the majority of video shoots and editing highlights or other short videos that capture what goes on in athletics throughout the year, as well as being the main contact to student workers to crew them for the TV broadcasts that go out on ESPN’s streaming platforms.

Originally from Orlando, Johannes moved to Jacksonville for his last two years of college to earn his bachelor’s degree in Communication at the University of North Florida. While at UNF, he gained experience with live production by volunteering with the award-winning student production crew that broadcasted games on ESPN’s streaming platforms. He eventually became the primary student contact and became employed part time as a student with North Florida athletics. This led to joining the crew that produced the 2018 ASUN Baseball tournament.

Other freelance work that he has added to his resume has included a wide range of camera operator positions for live events including UCF Athletics, Gemstone Media Inc. and the Jacksonville Icemen.

Johannes has always had a passion for all things sports which drew him to live sports production, but also has a deep interest in everything that goes into any type of live production. He strives to bring his excitement and passion for sports to ETSU to let those who enjoy sports from all over the world see what ETSU is all about.