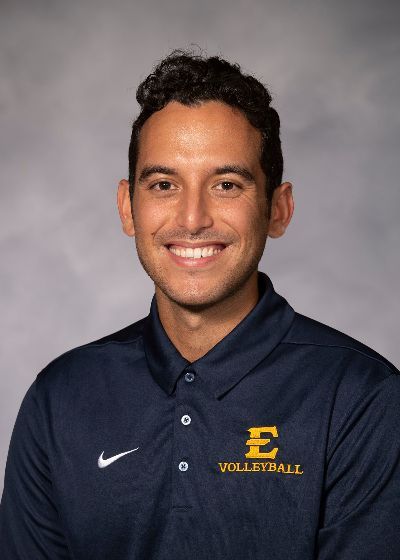 Moura comes to ETSU after a year as a volunteer assistant coach at High Point University. At High Point, he was responsible for overseeing outside hitters and assisted in training serve/receive passers and floor defenders. Last season, both outside hitters were on the Big South All-Freshman Team and Moura oversaw the Big South Freshman of the year.

Prior to High Point, Moura was a graduate assistant coach at Southwest Minnesota State University (SMSU) where in his first year, he helped lead the Mustangs to a 29-4 record and a top-3 ranking in the 2017 AVCA Division II poll. In his second season in Marshall, Minn., SMSU held a 24-9 record and finished seventh in the final AVCA DII poll.

At SMSU, Moura coached five DII All-Americans and the 2017 and 2018 AVCA National Player of the Year.

His first coaching position was as a student assistant coach at the University of Colorado. Colorado Springs (UCCS). At UCCS, Moura saw the Mountain Lions improve from 11-16 to 18-10 over the course of four seasons.