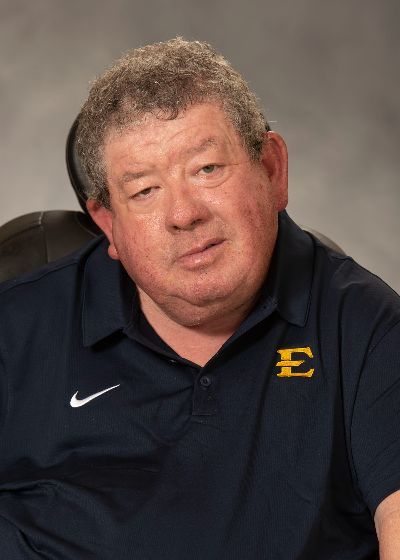 Doug Blevins completed his second season with the Bucs following the 2021 fall season.

The kicking specialist proved effective yet again as Tyler Keltner continued to climb the ranks in Buccaneer history. Under Blevins’ tutelage, Keltner posted the most points by a kicker in program history with 105 and tallied a program-record 51 PATs. Keltner currently ranks second in all-time field goals with 39, third in all-time PAT with 93 and fifth in all-time scoring with 210.

In the fall season alone, Keltner was responsible for 18 field goals, the second-most in program history. In addition, the punting unit saw another step in the right direction under Blevins’ care. ETSU averaged 40.7 yards per punt, the sixth most in a single season in program history. Garrett Taylor laced a program-record 76-yard punt in the win over The Citadel. Nate Brackett finished the season with 37 punts for 1,490 yards for an average of 40.3.

In his first season with the Bucs, ETSU sophomore kicker Keltner set a program record with a 54-yard field goal in a win over Western Carolina. Keltner finished 7-of-10 in field goals under the direction of Blevins, while Taylor punted 28 times for 1,131 yards (averaging 40.4 yards per punt).

Blevins, born with cerebral palsy, has been involved with football since a very young age. Coach Blevins teaches all about the mental aspect as well as the mechanics of kicking and has been successful at the highest level that football has to offer.

Blevins became the NFL’s first handicapped coach when he joined the New York Jets in 1994 and then began a six-season career coaching with the Miami Dolphins in 1997. Blevins has mentored the likes of: Matt Turk, David Akers, Joe Nedney, Olindo Mare, Justin Tucker and Adam Vinatieri.

Blevins is a graduate of East Tennessee State with a degree in Criminal Science.