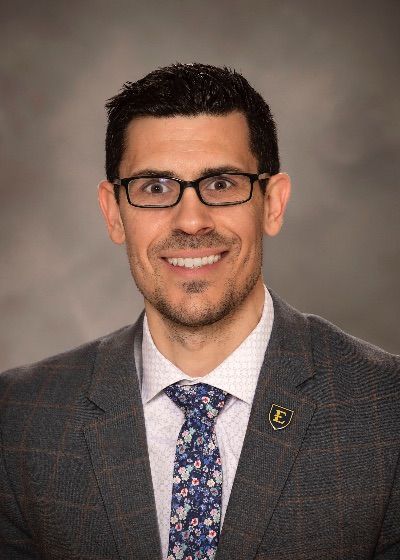 Coach Bialkoski comes to ETSU after spending the last six seasons at Maryland, the last three as the Terrapins’ Director of Basketball Operations. Prior to being elevated in 2018, Bailkoski was the team’s video coordinator from 2015-18.

“Mark is an relentless competitor that does an exceptional job building strong relationships with student-athletes,” said Oliver. “He has a tremendous passion for teaching the game and will be a valuable asset to our program here at ETSU.”

Coach Bialkoski is ready for this next step in his career as he joins Coach Oliver’s staff.

“My family and I are thrilled to be coming to Johnson City,” said Bialkoski. “We are extremely grateful to Coach Oliver for the opportunity. Coach’s family values, his leadership, and vision for the program are all qualities we value most. We are excited to be a Buccaneer family and are committed to serving the student-athletes here at ETSU.”

During his six-year tenure at Maryland, Bialkoski saw the Terrapins generate a 134-63 record (.680), while making four NCAA Tournament appearances (five if including the 2019-20 season). Maryland won the 2020 Big Ten Championship and was ranked 12th in the final AP Top 25 Poll. In Bailkoski’s first season in College Park, Maryland reached the Sweet 16 for the first time since 2003 and finished No. 12 nationally after winning 27 games – the fourth-most in program history.

Prior to his run at Maryland, Bailkoski spent six seasons (2009-15) with the Charlotte 49er men’s basketball program, five of which were with Coach Oliver. Bialkoski was the program’s Director of Basketball operations from 2012-15 and he started as a program assistant/graduate manager from 2009-12.

In his three seasons on the staff, the 49ers captured the Great Alaska Shootout and Puerto Rico Tip-Off titles and reached the Charleston Classic championship game. The 49ers defeated No. 10 Butler on the road as well in 2013. The 49ers won 52 games, including a 21-win season in 2013, marking the program’s first 20 wins season since 2007-08. With another winning season in 2014, the 49ers posted back-to-back winning seasons for the first time since 2007. Charlotte made its first postseason tournament appearance since 2008 with an NIT appearance in 2013.

During the 2012-13 season, Bialkoski played a major role in helping set up the first annual Military Appreciation game (the Georgia Southern game) where the 49ers were able to raise over $600 for military personnel.

As Director of Operations, Bialkoski helped with team travel, budgeting, scheduling and academic support as well as helping run the Alan Major Basketball Camps. In the fall of 2013, the Niners men’s basketball team achieved its highest semester grade point average in program history.

While as a program assistant and graduate manager at Charlotte, Bialkoski did advance opponents scouting, assisted in scheduling, and managed all video related tasks for the coaching staff in addition to designing and developing the first Charlotte 49ers men’s basketball newsletter.  Bialkoski facilitated all pre- and post-game practice set-up, created recruiting mail-outs and was a key resource to all basketball operational functions.

Bialkoski has ties to the Southern Conference as he received a Bachelor’s of Science with a major in Exercise Science from Georgia Southern in 2008. During his time with the Eagles, Bailkoski was the head manager of the men’s basketball program under head coach Jeff Price where Georgia Southern won the 2006 SoCon Championship.