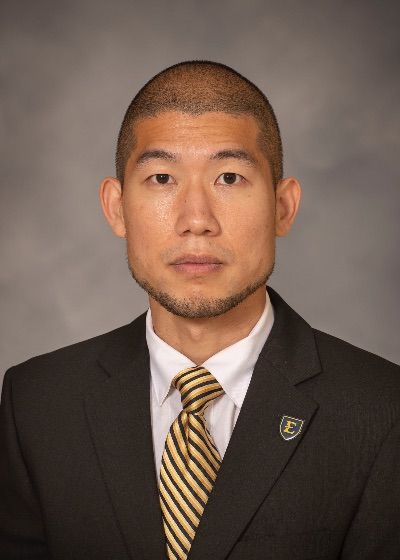 Sunny Park joins Coach Desmond Oliver's staff at East Tennessee State University after having previously served as the Assistant Athletic Director for Sports Performance at the University of Evansville since 2015. He was responsible for the design and implementation of the strength and conditioning program for men's basketball, in addition to having direct oversight of all other sport teams at various times throughout his tenure.

“Sunny Park has a proven track record of successful basketball strength and conditioning experience, having previously worked at the collegiate, professional, and international level,” said Oliver. “He is a forward-thinking, progressive coach that relentlessly strives in the pursuit of the development of bigger, faster, and stronger athletes. His drive to continually learn and apply all things related to sport performance will enable our student-athletes to be placed in the best possible position to succeed. His passion and ability to connect with and motivate athletes will allow for the values and standards of our program’s culture to be implemented to the highest level.”

“I am incredibly honored and excited to work with Coach Oliver, the coaching staff, and the men’s basketball team at East Tennessee State University,” said Park. “Coach’s vision for the development of the student-athletes both on the court and off the court, and the role that the strength and conditioning coach will have in all aspects of the program is a once-in-a-lifetime opportunity. I can’t wait to make the move to Johnson City and get to work!”

From 2012-2013, Park was the Athletic Performance Intern for the San Antonio Spurs. During that time he also oversaw the design and implementation of the athletic performance program for the Austin Toros of the NBA D-League (now G League) and served as the Head Athletic Performance Coach for the Spurs 2013 Summer League team. Prior to that, he was a Graduate Strength and Conditioning Intern at the University of Texas where he assisted with men’s and women’s basketball from 2010-2012.

Park graduated with a Bachelor of Science Degree in Kinesiology and Health Science from York University (Toronto, Canada) in 2008 and a Masters of Education in Exercise Physiology (Sports Science and Nutrition) from the University of Texas in 2011. He is a Certified Strength and Conditioning Specialist through the National Strength and Conditioning Association and a USA Weightlifting Level 1 Coach.