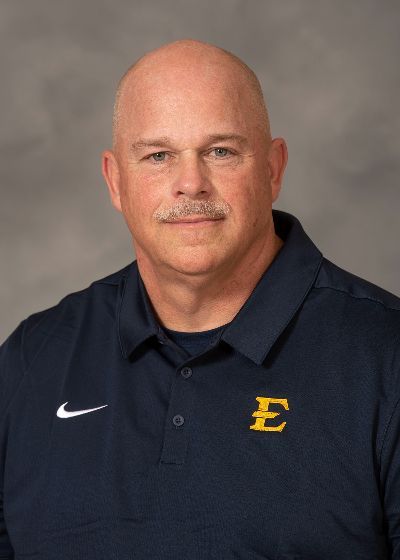 Coach Dave Lawson joined the ETSU family at the start of the 2021 spring season and will begin his second stint with the Bucs this fall. Coach Lawson serves as the Assistant Athletic Director for Football Performance for the Bucs.

Prior to his arrival in Johnson City, Coach Lawson was the Sports Performance Director at VMI in Lexington, Va.

Throughout his career, Lawson has served as strength coach for football teams that have participated in 12 bowl games and captured four conference titles and basketball teams that have reached both NCAA and NIT tournament play. He has coached over 20 Strength and Conditioning All-Americans, eight football All-Americans, and over 100 football players either drafted or signed as free agents by the NFL.

Lawson served three years (2010-12) at University of Cincinnati as the Assistant Athletic Director of Performance and Director of Football strength and conditioning when the Bearcats won two football championships.

Lawson also held prior posts at Central Michigan University for three seasons (2007-09) where he oversaw and directed the strength and conditioning programs for all 16 CMU varsity athletic programs. Central Michigan teams claimed eight conference championships during his tenure.