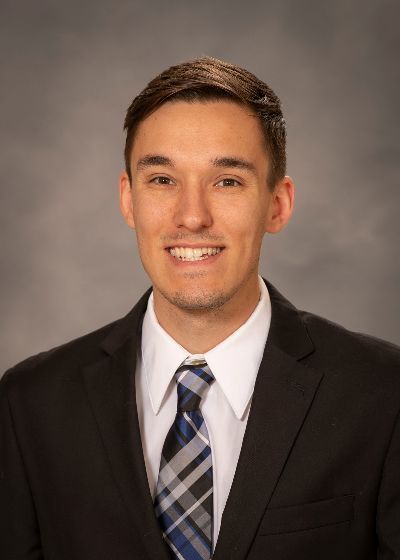 Alex Kemp enters his first season with the ETSU Track & Field program as Coach Watts named him the Buccaneers’ vertical and horizontal jumps coach in October 2021.

Kemp, a native from Tuscola, Ill., comes to ETSU from Frostburg State University where he helped the team transition from NCAA DIII to DII. During his two years at Frostburg State, Kemp helped recruit 23 new athletes with two of the strongest recruiting classes in the last decade. Kemp also coached the 400m MEC conference champion and 60m record holder, and had 14 all-conference honors in outdoor of 2021.

Kemp was a four-year dual-sport athlete in both soccer and track at Millikin University where earned all-conference honors in the 200, 4x100, and 4x400.

During his senior year at Millikin, he was an assistant coach for the St. Teresa High School track and cross country team in January of 2015. Kemp then took a position at Hanover College as an assistant track and cross country coach in September of 2016. His responsibilities included training pole-vaulters, jumpers, sprinters, relays and combined event athletes. Kemp brought success to the Hanover program as the team achieved both indoor and outdoor conference titles on the women's side with one national qualifier in the heptathlon. During that year,  Kemp saw Hanover student-athletes break seven school records as well as have seven individual conference champions. In addition, Kemp earned the HCAC Track and Field Coaching Staff of the Year Award.

During his high school career, Kemp set and still holds the 100m and 4x200 school records and current IHSA 1A state record.