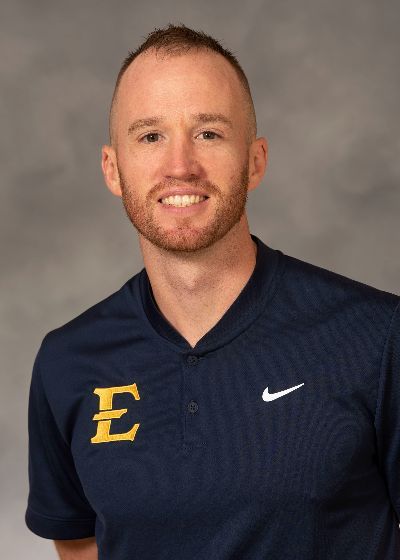 ETSU turned to a familiar face for its next leader of the men’s soccer program.

During a press conference on Friday, Dec. 3, at Summers-Taylor Stadium, East Tennessee State Athletic Director Scott Carter announced David Lilly as the Buccaneers’ new head coach. Lilly, a Buccaneer assistant coach from 2010-17, has spent the past four seasons as the head coach at Milligan.

“It is an honor to welcome Coach David Lilly back to the ETSU Athletics family,” said Carter. “The lasting impression he made on our men’s soccer program during his eight years as a Buc from 2010-2017, was extraordinary. So many on our campus, in our region, and throughout the soccer world know Coach Lilly to be an outstanding leader and mentor of young men. He has been a champion both as a player and a coach, earned superlative honors as both a player and a coach, and brings a championship mindset and expectation back to ETSU men’s soccer.  Above all else, David Lilly is a tremendous person, and I am very thankful he is the head coach of our ETSU Buccaneers.”

Lilly is excited to be back in the Blue and Gold.

“This is an extremely special day and I am so excited to rejoin this incredible program,” said Lilly. “I’d like to thank Dr. Brian Noland, Scott Carter and the entire search committee for this opportunity and for their support during the process. It was great to hear of their vision for the program, the athletic department and university. I had the chance to meet with the team last night and I look forward to getting to work with them as soon as possible to build upon the legacy of success that’s been created here."

In his four seasons at Milligan, Lilly generated an overall record of 42-26-3 and a conference mark of 28-14-3, while leading the Buffs to back-to-back appearances in the NAIA National Tournament. Lilly has played a role in all three of Milligan’s all-time appearances in the national tournament, leading the Buffs to a pair of trips as head coach (2020 and 2021) and their first ever appearance as a player in 2006.

The past two seasons, Milligan has reached historic marks as the Buffs went 27-6-1 overall and 20-3 in the Appalachian Athletic Conference.

This past season, Lilly helped guide Milligan to new heights as the Buffs went 15-3-1 overall and 11-2 in conference play. The Buffs – who were ranked in all 11 Top 25 Polls during the year – reached their highest ranking in program history at No. 9 on Sept 15. Milligan also set program records in win percentage (.816), goals (76) assists (65) and most shutouts (11), along with posting the second-winningest season in school history. The Buffs saw nine players earn All-Appalachian Athletic Conference honors in 2021, marking a league high.

In 2020, Lilly was named AAC Coach of the Year after leading the Buffs to the regular season conference crown, the first championship since 2012. Milligan earned its first trip to the NAIA Tournament since 2006, where the Buffs beat No. 12 Georgia Gwinnett, and finished the season with a 12-3 record and ranked No. 22 in the final Top 25 Poll.

During his time at ETSU, Lilly served as an assistant coach under head coaches Scott Calabrese and Bo Oshoniyi. Lilly saw the Bucs post a record of 81-49-27 during his eight seasons in the Blue and Gold, including making three NCAA Tournament appearances and boasting the program’s top winningest season at 15-6 in 2010. The Bucs won the 2010 and 2013 Atlantic Sun Tournaments to earn the automatic bid to the NCAA Tournament, while garnering the program’s first at-large berth in 2016 after going 12-5-3 overall and 7-1-2 in SoCon play. Over Lilly’s eight-year run, the Bucs produced 38 all-conference honors, two Player of the Year winners and two Goalkeeper of Year winners, along with being on staff for three Coach of the Year honors.

Prior to joining the ETSU staff, Lilly served as an assistant coach for three years at Milligan, helping guide the Buffs to a conference championship in 2009. Lilly also served as the interim head coach at the end of the 2007 campaign.

As a player at Milligan, Lilly had an outstanding collegiate career earning honorable mention NAIA All-American honors in 2005 and 2006, as well as being named the Region XII Player of the Year in 2006. Lilly was also named the Conference Player of the Year in 2005 and 2006, while garnering First-Team All-Region and All-Conference honors his senior year as he helped Milligan to the Region XII Championship and to a National Tournament Sweet 16 appearance. Lilly finished his career at Milligan with 32 goals and 26 assists.

Following his collegiate playing career, Lilly signed professionally with the Carolina Railhawks of the USL-1 during the 2008-09 season. He has also played PDL for the Mississippi Brilla and West Virginia Chaos.