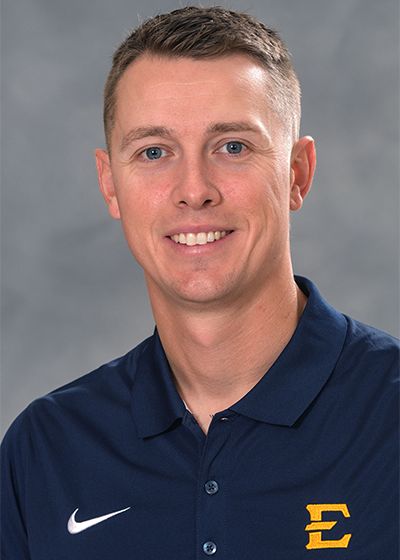 Nathan Fritz joined the Buccaneers’ baseball staff in the fall of 2021 after a season as the pitching coach at King University.

Under Fritz's guidance, the Tornados had the third fewest number of walks in their conference and saw Drew Moore rank seventh in the country in ERA.

Fritz served as a baseball coach at Dobyns-Bennett High School, helping the Indians to a conference title in 2019. While there, Fritz worked with the catchers and helped develop practice plans for the high school and feeder programs.

Prior to that, Fritz served as a baseball coach at Halls High School in Knoxville and was the head coach at Morristown West High School for two seasons, 2015 and 2016. He led the Trojans to a co-conference championship in 2015 with a 23-11 overall record while going 11-3 in league play. That season he was selected Inter-Mountain Athletic Conference Coach of the Year while coaching the conference player of the year and Tennessee Baseball Report Pitcher of the Year.

Early in his career, Fritz served as the pitching coach for the Matsu Miners of the Alaska Baseball League (ABL), one of the top summer collegiate leagues in the country. While serving as interim manager, the Miners posted a 5-3 record for a team that had an overall record of 16-24. Two of his pitchers garnered All-ABL honors while three were ABL North All-Star selections.

Fritz graduated from Milligan College in 2008 and spent one season in the Minnesota Twins organization, pitching for the Elizabethton Twins in 2008. He then started his coaching career at Science Hill High School and Carson-Newman University in 2009-10.

He earned his Bachelor of Science in Business Administration in 2008 from Milligan before earning his Master of Education and Teacher Certification and Licensure from Milligan in 2010.

Fritz and his wife, Camille, have three kids: Brady, Ansley, and Connor.

What others are saying about Nathan

“East Tennessee State baseball got a great hire. I have worked closely with Nathan Fritz for the better part of the past decade. He is a talented baseball coach who brings experience as a player at the college and professional level and a great track record for player development over the last several years at the high school level. He combines great people skills and a high baseball IQ. I look forward to seeing Nathan do big things as a college coach.”

“I have known Nathan for quite some time, having worked with him within our camps and then watching him as a coach in the state of Tennessee for the past 10 years. Fritzy is an outstanding teacher and coach. I love everything that he is about as a person and how he interacts with the student-athlete. He will be positively impactful to Coach Pennucci, his staff and their players once he steps foot on campus. I am very happy for Nathan and the ETSU baseball program."

“When one speaks of being a present coach and a consummate learner, Coach Fritz fits in the conversation. I have been fortunate to know Coach Fritz for a decade now and couldn’t be excited for the athletes at ETSU. Nathan is a more than knowledgeable Coach but the fact that he continues to expand his knowledge for the game is why he will continue to excel in this game. I have been fortunate to coach for over 25 years and have a great appreciation for the conversations and growth I have made by having someone so passionate about pitching as Nathan in my circle of pitching.”