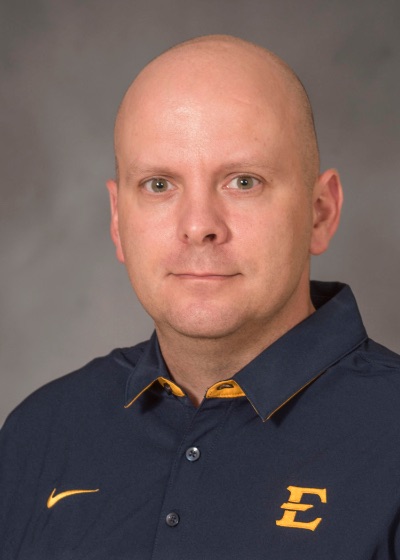 Brett Lewis enters his 16th year at ETSU. In October 2022, Lewis was named Assistant AD for Sports Medicine as he served as ETSU's Senior Athletic Trainer in 2015 after serving as an assistant athletic trainer. Prior to serving as a full-time staff member, he served as a graduate assistant athletic trainer for ETSU. During his tenure as a graduate assistant, Brett worked with the baseball, women’s basketball, men’s tennis, and women’s tennis teams.

Brett serves as the primary athletic trainer for men’s basketball while overseeing day-to-day operations in the athletic training room. He also oversees responsibilities for men’s soccer, triathlon, cheerleading, and the dance team. He is certified in CPR/AED for the Professional Rescuer.

Brett, his wife Jill, and their son and daughters, Taylor, Callie, and Myles, currently reside in Elizabethton.