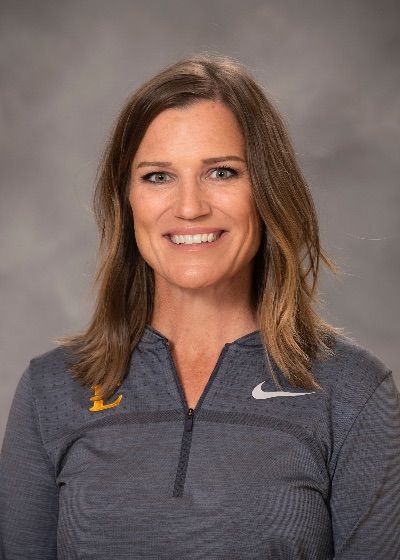 Shelton’s teams have won 18 tournament titles in her time at ETSU and have finished in the Top 10 in 156 of 181 events, including 93 Top 5 showings.

The 2020-21 season was a historic one for the Blue and Gold as they won a program-best three tournaments, including their first-ever Southern Conference Championship, marking the program’s fourth conference championship. Following the season, Shelton captured her second SoCon Coach of the Year honor, moving her career total to six Coach of the Year honors. Meanwhile, Tereza Melecka was named  Player of the Year, becoming  only the second Buccaneer to garner the top SoCon honor. The Bucs began the season with a dominating win at Wofford and concluded it with back-to-back wins in Chattanooga and then at the SoCon Championship in South Carolina. Shelton saw two Buccaneers earn medalist honors that season with Warda Amira Rawof capturing her first tournament win in the season-opening Terrier Intercollegiate, while Tereza Melecka posted her fourth collegiate win at the Chattanooga Classic. Overall, three Bucs earned all-SoCon honors, while Grace Chin landed a spot on the all-freshman team.

The Blue and Gold also excelled in the classroom in 2020-21 as they generated a 3.521 GPA, while three student-athletes earned SoCon All-Academic Team honors and all seven Bucs were placed on the SoCon Honor. Since rejoining the SoCon in 2014-15, Shelton has seen the Bucs land 22 on the all-academic team, along with 42 being placed on the SoCon Honor. In total, ETSU women’s golf has had 100% of its roster earn SoCon Honor accolades in five of the seven years during this stretch, including the last three seasons.

The spring of 2019 was a memorable one for Loy as she was selected as one of the top 72 amateur players in the world to participate in the inaugural Augusta National Women’s Amateur, played the week prior to the 2019 Masters. Not only was Loy the first Buccaneer women’s golfer to play at The Masters, she was also the first Malaysian to play at Augusta.

In 2013-14, the Buccaneers continued to build their national reputation, winning their second straight Atlantic Sun Conference Championship -- their third in the last seven seasons. In fact, Shelton’s squad reached a new high in the national rankings, finishing the year 41st in the Golfstat.com ranking, and making the program’s fourth trip all-time to the NCAA regionals. The Bucs also enjoyed strong individual performances during the season, as Gabriella Wahl ended her career by earning the program’s second individual berth to the NCAA Championships and finished the year with the program’s record for career stroke average at 74.5. Along with Wahl, sophomore Vienne Chin captured the Atlantic Sun Conference individual championship, and was joined by Wahl, senior Sian Evans and freshman Linda Dobele on the All A-Sun postseason honors list.

Shelton was named the A-Sun Coach of the Year again in 2013-14, the fifth time in her career she earned a conference coach of the year honor.

The Bucs have placed either a team or individual in the NCAAs for five straight years. This includes former ETSU standout Nina Muehl’s trips to back-to-back appearances in the 2010 and 2011 regionals. In that 2010 appearance, Muehl posted the nation’s lowest single round score at the Division I level and advanced beyond the regionals and into the finals of the NCAA Championship.

In 2012-13, the Bucs made the program’s third overall trip to NCAA Tournament play. Individually, the Bucs placed four players on the All A-Sun team, including first-team selections Sian Evans and Gabriella Wahl, along with second-team picks Vivienne Chin and Chloe Garner.

In 2011-12, Shelton also guided her players to individual success, as two Buccaneers earned first-team, all-conference honors – as Wahl won back-to-back individual titles at the end of the season and earned a trip to the NCAA Regionals.

In 2009-10, the Buccaneers collected the program’s highest-ever national ranking at the end of the year (45th) and enjoyed their first-ever, at-large bid to the NCAA regionals. ETSU won one team title that season at the Palmetto Intercollegiate, and Muehl became the first ETSU woman to ever participate in the NCAA Championships, earning her spot in that tournament by finishing tied for fourth in the NCAA East Regional.

In 2008-09, the Buccaneers finished the year ranked 47th nationally by Golfstat.com, the highest such national ranking in program history at that time. In addition, the year also included two more team championships for the squad, as ETSU captured titles in the Sea Trail Women’s Invitational and UNCW Lady Seahawk Invitational. Those successes came on the heels of a historic 2007-08 season in which the Bucs captured their first conference championship ever and made the team’s first trip to NCAA postseason play. In winning the 2008 Atlantic Sun Conference team championship, the squad also captured its first ever conference individual championship, as sophomore Laura Jansone took home that honor. The league title was ETSU’s second team championship of that year, as the squad also won the South Alabama Lady Jaguar Invitational trophy as well.

Indeed, the record books have been rewritten in recent years, as Shelton has helped several Lady Bucs reach personal bests both in stroke average and individual round play, plus the team has set new program records in every team category. In addition, she has coached 27 first-team all-conference selections, 14 second-team all-conference selections, and five freshman-of-the-year recipients in 2004-05, 2006-07 and 2010-11, 2011-12 and 2012-13. In fact, for her efforts during the 2004-05 season, Shelton was named the Southern Conference Coach of the Year, and she has now earned the same honor in 2006-07, 2007-08, 2012-13 and 2013-14 from the Atlantic Sun Conference.

In addition to the continued success on the golf course, the team has excelled in the classroom, maintaining a 3.57 cumulative GPA in 2008-09, and placing it in the top 25 in the country.

Shelton came to ETSU from Texas Christian University where she was the assistant women’s golf coach during the 2001-02 season. While with the Horned Frogs, she assisted with all aspects of the team, including coaching, recruiting, practice organization and conducting the first Horned Frog golf camp.

A 2001 graduate of the University of South Carolina with a double major in entrepreneurial management and marketing, Shelton was a three-year member of the women’s golf team at South Carolina where she was an Academic All-American, as well as making the SEC Scholar Athlete Honor Roll every year. Before playing at South Carolina, Shelton played for a year at Wake Forest University, redshirting her freshman year. An exceptional student, Shelton made the dean’s list in each of her seasons at South Carolina, graduating cum laude in her majors. Shelton minored in Sports Administration. She has begun work toward a master’s degree in Sports Psychology at ETSU.

Shelton was also involved with helping manage a golf school, the Hartefeld National Golf School, working with that program for four years. There she assisted PGA professionals with instruction of adults, collegians and juniors. Shelton was a member of the National Golf Coaches Association Strategic Development Committee, as well as a charter member and “Education Chair” of the Tri-Cities Executive Women’s Golf Association. She also served as a columnist for Golf Journeys magazine.

In addition to her academic and athletic exploits, Shelton also has a long history of community service. At ETSU, Shelton has stressed community involvement and has directed her players to help in several “giving back” activities, such as participating in Special Olympics, Communities in Schools, Ronald McDonald House Charities, Families First, Appalachian Christian Village and Woodridge Hospital. She was also a member of the Fellowship of Christian Athletes and the Athletes Care Team while at Wake Forest. At South Carolina, she participated in Team Gamecock Habitat for Humanity Harvest Hope and was a big sister for a third grader in 1999. As a player, Shelton was the youngest Delaware Amateur Champion at age 16, held many titles as a junior golfer traveling throughout the nation, and set two course records. She was a co-captain her senior year at South Carolina and was ranked second in the nation in “short game.” She competed in Regional Championships every year and competed with her team for a National Championship title three times.

Shelton and her husband David reside in Fall Branch, Tenn. They have two children, a son named Dalton and a daughter named Madison.