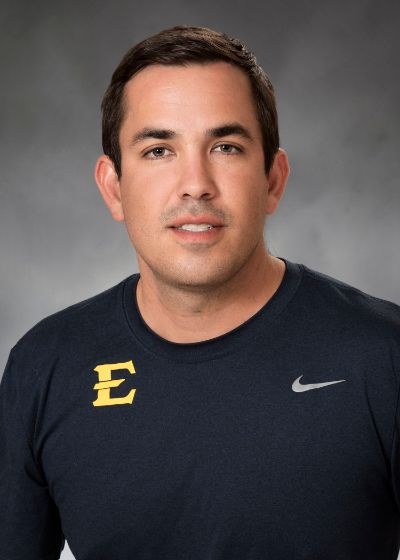 Since taking over the women's program, Rojas has compiled a 79-51 record and 31-6 conference record entering the 2022-23 season.

Rojas won back-to-back Southern Conference Coach of the Year awards after guiding the women's tennis program to successful seasons in 2021 and 2022. In 2022, Rojas's squad earned its first national team ranking since 2016 at No. 74 for the final two matches of the regular season. The team finished 90-39 in singles matches and 36-6 in conference singles.

On the women's side, Rojas led ETSU to its highest-ranked win in school history against No. 49 Appalachian State in 2020. He has coached the likes of Ioanna Markesini which made it to the NCAA Tournament in 2017 and ranked as high as No. 88 in the country in 2017-2018. More recently, he coached Laylo Bakhodirova in 2021-22 to career high ranking at No. 87 in the country. She also started pre season ranked #105 in 2022-23. In doubles, he coached Yunuen Elizarraras and Fernanda Carvajal to a ranking of No. 44 in 2021-22 and Carvajal to a SoCon Freshman of the Year award in 2021.

A native of Caracas, Venezuela, Rojas joined the ETSU coaching staff in 2008 and has since helped lead the Buccaneer tennis program to conference tournament titles in each of his first seven seasons. He also aided the Bucs to their first NCAA Tournament win in 2008 beating then-BIG EAST Champion Notre Dame; however, Rojas’s aid did not end there. In 2010, he helped the Bucs to a 9-1 conference record and their second NCAA Tournament win defeating Alabama 4-2.

Rojas was also on the SoCon Coach of the Year in 2016-17 for the men's team that won regular season and conference titles. The team also won nine consecutive tournament championships while Rojas was there, while also coaching Enrique Olivares to the No. 9 ranking in the nation. He also helped coach Sander Gille, Charles Bottoni, Grega Teraz and Jesus Bandres to national rankings from 2009 until 2012. Additionally, he coached Rogerio Ribeiro and David Biosca to All American Status in 2016 when they reached the Final Four of the NCAA Doubles Tournament.

Rojas earned his bachelor’s in management and marketing and MBA, MPA and a master's in sport management — all at ETSU.

He is originally from Caracas, Venezuela.