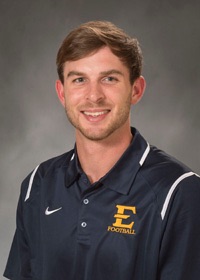 Dallas Dickey was added to the Buccaneer coaching staff in the spring of 2018. Becker will be an offensive quality control coach.

During his time as a graduate assistant this past season, Dickey helped coach five players who earned spots in NFL Mini Camps, two all-Americans, six all-conference players – the league’s Offensive Player of the Year – and four all-region selections.