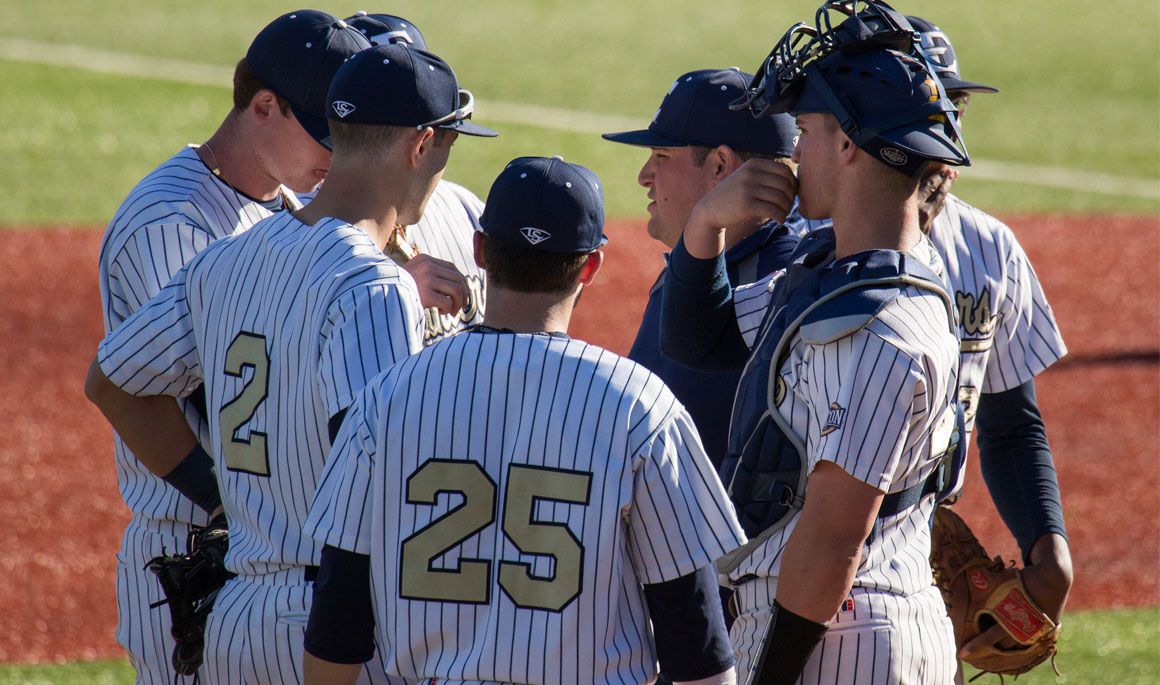 JOHNSON CITY, Tenn. (Feb. 22, 2016) – Tony Skole and the baseball team will head to Blacksburg, Va. to square off against Virginia Tech on February 23 at 3 p.m. at English Field

ETSU is coming off a weekend split with Bowling Green as they lost 7-1 on Friday and won game two 12-1 on Saturday. Kevin Phillips (St. Louis, Mo.) had a strong weekend as he went 5-9 with two doubles, a three-run homer, five RBIs, and three runs scored. Trey York’s (Knoxville, Tenn.) bat stayed hot as he tacked on five hits with two doubles and two runs scored in the two-game series. Aaron Maher (Brentwood, Tenn.) showed off his power as he started on Saturday and went 2-4 with a two-run homer and a double. Jeremy Taylor (Fayetteville, Ga.) continued to get on base as he was able to get on base in both games.

Victor Gonzalez (Mount Pleasant, S.C.) was impressive in his debut for the Blue and Gold on Saturday as he hurled a six inning start without any runs surrendered. Peyton Taylor (Kingsport, Tenn.) came out of the bullpen to stop the bleeding on Friday. He inherited two runners with one out and prevented the Falcons from extending the lead in the fifth as he struck out one and forced another batter to ground out. Lee Haeberle (Hendersonville, Tenn.) made a relief appearance on Saturday with two innings of work. He faced six batters and struck out five.

VT opened the 2016 season on the road in Charleston, S.C. to face The Citadel. The Bulldogs took the first two games of the series 4-2 and 5-4, but the Hokies struck back in the third game winning 12-0 by tacking on five runs in the first inning and five runs over the second and third innings.

So far, VT has three players that are seeing the ball well offensively. Phil Sciretta is leading the team in batting average (.500) and hits (7). He has batted in one run in every game thus far. Sam Fragale cranked the first home run of the season for the Hokies, which was a grand slam in the first inning on Sunday. Andrew Mogg has started in two games at catcher for VT and has totaled four hits with one double and two RBIs.

The Bucs and Hokies have played in 51 games in their head-to-head history, and VT leads the series 34-17. Last year, Virginia Tech swept the season series against ETSU with 8-3 and 6-5 victories. The last time ETSU defeated VT was in Blacksburg in 2009 when the Bucs won 7-3.

Ryan Simpler (Lewes, Del.) will take the mound for the Bucs. This will be the first start and appearance of the season for him. He started in nine games last season with 11 appearances out of the bullpen. He tallied a 7.19 ERA with a 2-5 record along with 55 strikeouts in 61.1 innings of work.

Simpler appeared in both games last year against the Hokies including one start on April 15. In his start, he went 4.2 innings without surrendering an earned run. He struck out three and let up one walk. Simpler made an appearance out of the bullpen on March 25 versus VT and went one inning with two strikeouts.

Virginia Tech is going to counter with redshirt sophomore Andrew McDonald. He was redshirted last season but pitched in eight games two years ago with two starts. He tossed 13.1 innings during his freshman campaign with 14 hits, 10 runs, and four extra base hits surrendered.

The Bucs return home for an eight game home stand starting with Northern Kentucky University. ETSU will play a three-game series versus NKU at Thomas Stadium starting February 26 at 3 p.m.