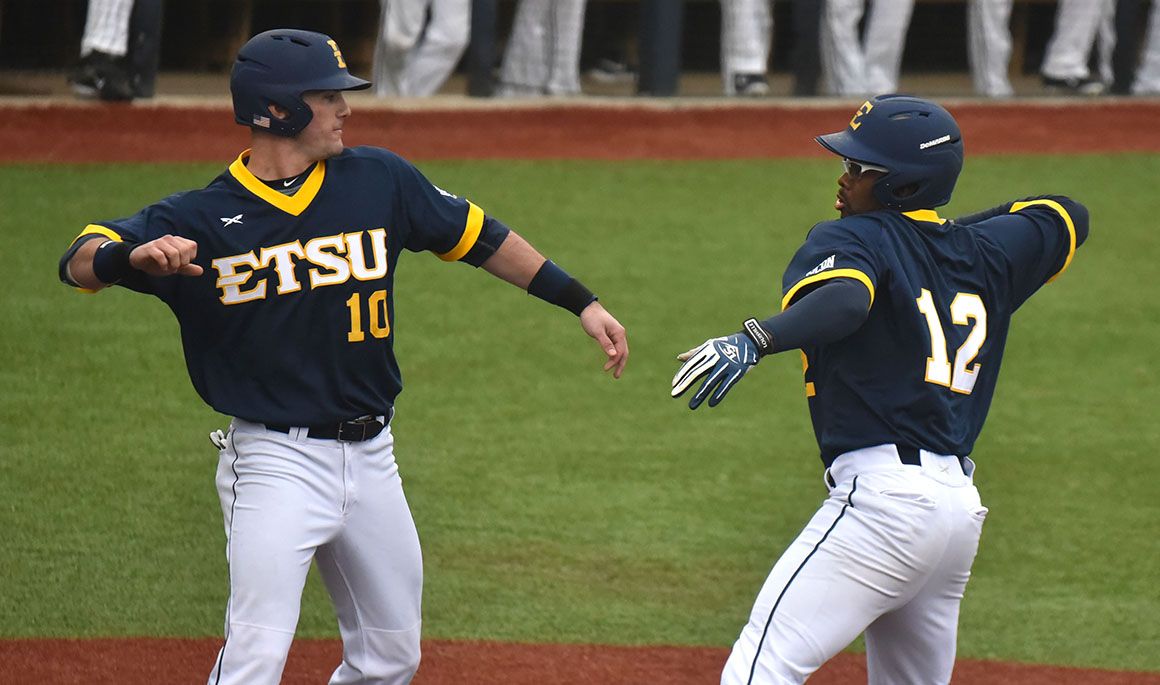 The Buccaneer pitching staff struck out ten Hokies, which was a season high for the Blue and Gold. Jeremy Taylor (Fayetteville, Ga.) extended his on-base streak to 34 games with a hit in the third inning.

The game was blown open in the bottom of the second as VT accounted for five runs on five hits. The Hokies started the inning with three straight hits, and they were able to keep the bases loaded for two straight batters. Grant Maiorana moved the game to 5-0 with his two RBI single to left field.

ETSU only struck out four times in the game as compared to the Hokies’ ten strikeouts. Every Buccaneer pitcher had at least one strikeout. Russell Koesters (Kingsport, Tenn.) led the team with three strikeouts in 1.1 innings of work. Dillon Cate (Sevierville, Tenn.) made his first appearance of the season in the second inning and went two innings with two hits allowed, no runs and two strikeouts.

Northern Kentucky finished the 2015 season with 17-34 overall record and a 10-22 road record. NKU is coming off a four game series at Troy University where the Norse were swept in Alabama. NKU was only able to score six runs in the four games while allowing 25 runs for the Trojans.

Redshirt freshman, Will Hauter, is on a hot streak for NKU as he has reached base in all four games by means of a base hit. In all four starts, Hauter has six hits in 15 at-bats. He has knocked two doubles and scored once. Mike Moffatt started in two games and has a solo homer and a RBI single to his name thus far. NKU’s offense has struck out at a high rate of 7.75 batters per game.

As for pitching, the Bucs and Norse pitching staffs have similar numbers early in the season. NKU has a team ERA of 6.19 with 22 earned runs. Their strikeout to walk ratio is low as they strikeout 1.36 batters for every walk. ETSU has allowed 17 earned runs and has a strikeout to walk ratio of 2.6. Pat Kelly showed some success in the fourth game of the season for the Norse as he went 5.1 innings with five hits, two runs, and three strikeouts.

ETSU leads the all-time series against NKU, 6-2. The Bucs and Norse last played in 2014 when both were members of the A-Sun. The Bucs took two of three games away from the Norse in Johnson City.

Chris Cook (Kingsport, Tenn.) had a great series against the NKU in 2014 as he tallied five hits in 12 at-bats. Of the five hits, one was a double, and two were triples. He also touched home six times to account for 26 percent of the total runs in the series.

The year before, the Bucs traveled to Highland Heights, Ky. and swept the Norse at their home field.

The Bucs will stick to the same rotation as opening weekend. Blake Smith (Ninety Six, S.C.) will take the ball on Friday. Victor Gonzalez (Mount Pleasant, S.C.) will start Saturday at 2 p.m., and Ryan Simpler (Lewes, Del.) will round out the weekend series.

NKU will counter with Justin Watts on Friday afternoon. In his first game of the season, he went four innings with five strikeouts and three walks in the 10-3 loss to Troy. Pat Kelley will face the Bucs on Saturday as he looks to continue his sophomore campaign. Freshman pitcher, Jordan Menfee, will close out the series for NKU. He pitched in his first collegiate game in the 5-0 loss at Troy. He went five innings with three walks and a pair of strikeouts in his collegiate debut.

ETSU will continue their eight game home stretch by hosting UNC-Asheville on March 1 at Thomas Stadium. First pitch will be 6 p.m.

The following weekend will be a four game set with Purdue University starting on March 4. This will be the first-ever meeting between the two teams.