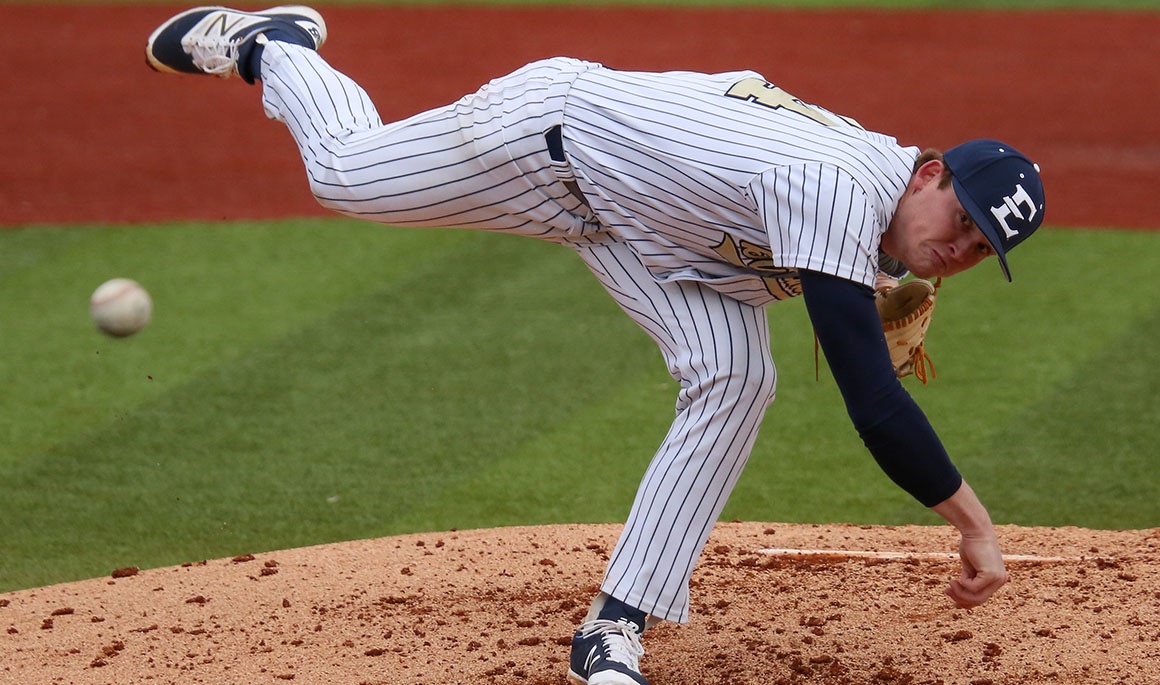 Johnson City, Tenn. (Feb. 26, 2016) – Northern Kentucky plated three runs in the top of the ninth and hands ETSU the 3-2 loss at Thomas Stadium on Friday afternoon.

ETSU had three players with two-hit games today against NKU: Chris Cook (Kingsport, Tenn.), Aaron Maher (Brentwood, Tenn.), and Jammer Strickland (Kingston, Tenn.). Blake Smith (Ninety Six, S.C.) tossed six shutout innings with six strikeouts in his second start for the Blue and Gold. Every hit this season for Maher has been an extra base hit (three doubles and a home run). Griffin Krieg (Nashville, Tenn.) struck out three batters in the ninth to hold Northern Kentucky at a one run lead. Jeremy Taylor’s (Fayetteville, Ga.) on-base streak ended tonight at 34 games, which dated back to March 27, 2015.

The Norse had the chance to strike first in the top of the fifth after Jake Hickey connected with a double to right center. Smith was able to get the next two batters to fly out and strike out swinging. Quint Heady singled to short to move Hickey to have runners at the corners, but the following batter, Smith induced a ground out to end the inning.

Maher got the ball rolling in the bottom of the fifth for the Bucs with a double down the right field line, and Strickland walked on five straight pitches. Cook cracked a bases-clearing triple to right center on an 0-2 count. The Bucs took the 2-0 lead after being tied at zero through four innings.

Northern Kentucky was able to strike early in the ninth as they took the lead for the first time in the game. Kyle Colletta started the inning with a double that split the left and centerfield gap. Hickey followed with a single that moved Colletta to third. Colletta was able to score after a wild pitch and moved Hickey to second. In a pinch-hit at-bat, Logan Spurlin doubled to deep left center to tie the game at two a piece. After another single, Spurlin was able to score on a fielding error by the Bucs.

Alex Bolia came in for NKU to get his first save of the season with just six pitches to prevent ETSU from making a comeback in the bottom of the ninth.

The Blue and Gold will continue their three-game set with the Norse on February 27 at Thomas Stadium. First pitch is set for 2 p.m. The third game of the series will be on February 28 at 1 p.m.