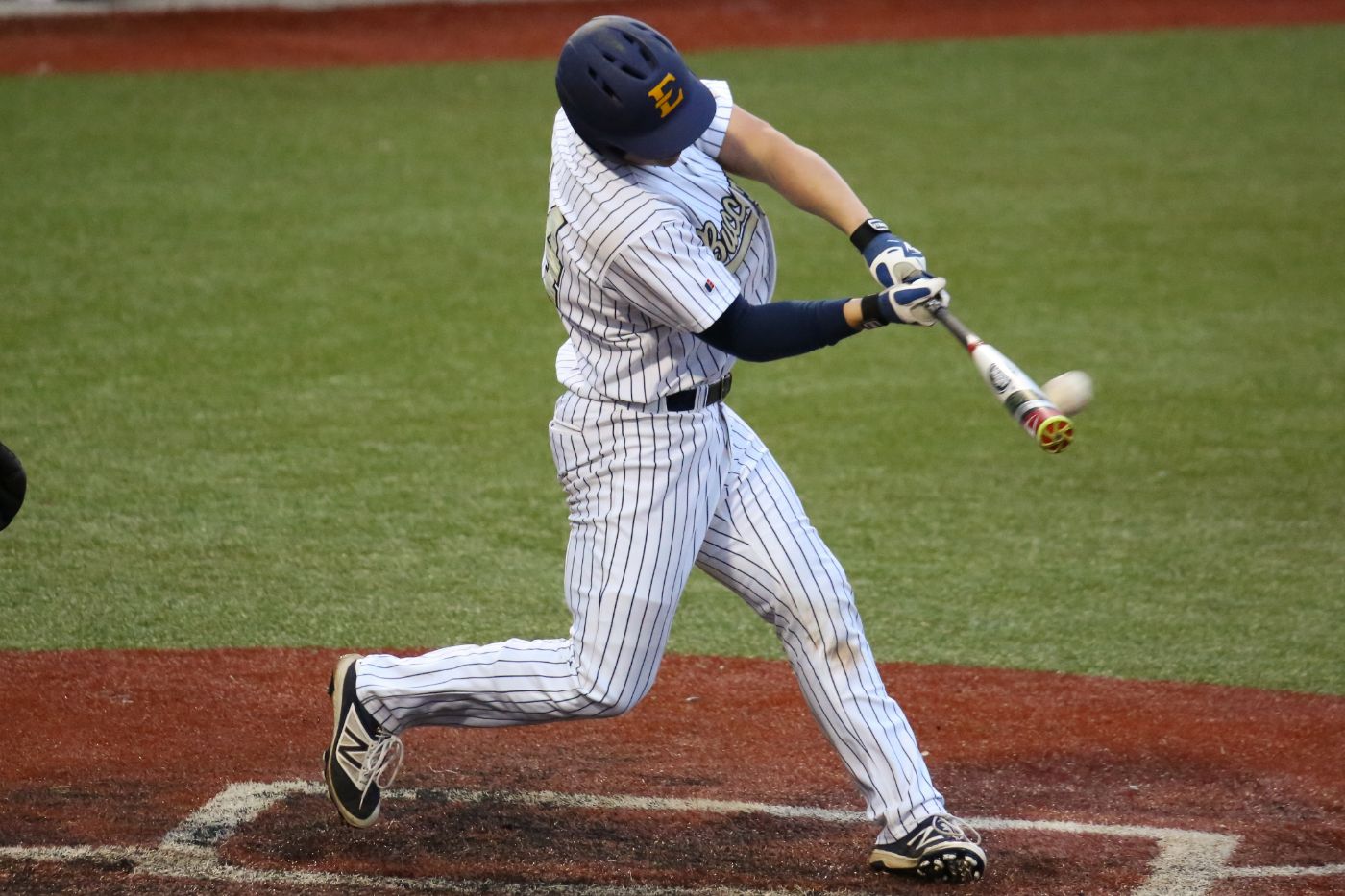 Owenby has connected with five homers in his last four games for ETSU. He went 3-4 with a solo home run, double, and a single today. With his performance today, it extended his hit streak to eight games.

The Buccaneer offense had five other players tally a hit highlighted by an RBI single by Aaron Maher (Brentwood, Tenn.) and a RBI triple by Chris Cook (Kingsport, Tenn.) to add insurance late in the game. Kevin Phillips (St. Louis, Mo.) connected for a hit today, which extended his on-base streak to eight games.

Blake Smith (Ninety Six, S.C.) hurled 5.2 innings with four hits allowed and two runs. He struck out five Boilermakers with 99 pitches on Friday. Griffin Krieg (Nashville, Tenn.) came out of the pen in the sixth inning and threw 1.1 innings of shutout ball with two strikeouts. Peyton Taylor (Kingsport, Tenn.) earned the team’s first save of the year after going two innings without a run to score.

Purdue led the game off with a four-pitch walk, but Smith left him on the base paths after getting the next two players to groundout and followed by a flyout to center.

ETSU scored the game’s first run in the bottom half of the first. Owenby tattooed a ball to left center to get a standup double. Phillips walked after a seven-pitch at bat, but Owenby caught the Purdue defense sleeping and stole third with two outs. Maher followed with a RBI single to right to score Owenby from third.

Smith took the hill in the second inning and struck out two of the four batters faced to hold the Boilers scoreless. However in the top of the third inning, Smith started the inning with back-to-back hit batters. After moving the runners up 90 feet, Jacson McGowan flew out to right and was able to knot the game back at one a piece.

In the top of the fourth, Purdue gained their first lead of the game after Kyle Johnson hit a solo home run over the left field fence. Phillips tried to start a rally in the bottom half of the same inning by leading off with a single but was left stranded at second.

The Bucs regained the lead in the fifth inning with two outs in the inning. Jeremy Taylor (Fayetteville, Ga.) started the rally with a hit by pitch. Cook plated him after he hit a triple down the right field line, and Owenby scored Cook on the next at bat with a single up the middle to move the score to 3-2 in favor of ETSU.

The Boilermakers threatened to score in the sixth with two runners on in the inning, but Krieg struck out Cody Strong to end the threat.

Owenby tallied his fifth homer in four games in the bottom of the eighth inning. The solo home run gave the Blue and Gold a two run advantage going into the last inning.

Taylor tossed a two inning save in the eighth and ninth. He surrendered a double to lead off the ninth but fought back hard to get the final three outs without a run to score.

ETSU moves back to .500 on the year (4-4), while Purdue falls to 1-6 to start the season. Smith earned his first win of his Buccaneer career.

Games two and three of the four game series against Purdue continues tomorrow at 1 p.m. at Thomas Stadium. Victor Gonzalez (Mount Pleasant, S.C.) is set to take the bump for ETSU and will face Gavin Downs. The second game of the afternoon Purdue will showcase Nick Dalesandro. The Bucs have yet to announce their starter for the later game.