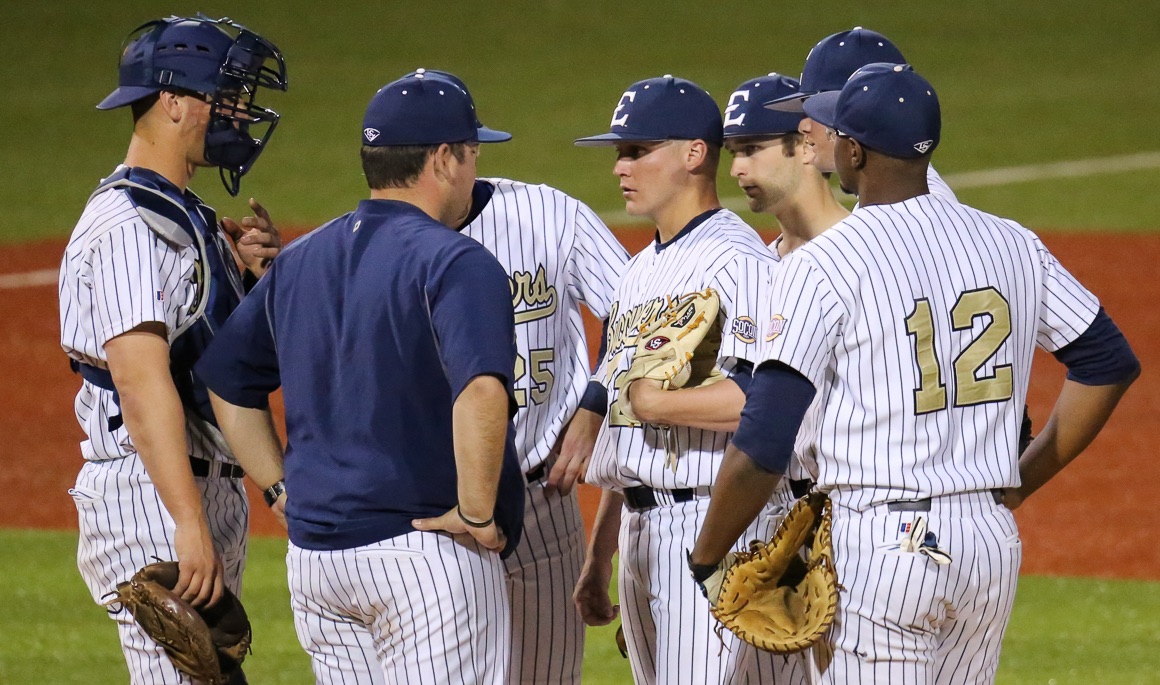 JOHNSON CITY, Tenn. (March 9, 2016) – Tennessee scored six runs in the third inning, while adding three more in the sixth and two in the seventh as the Vols defeated ETSU, 11-2, in front of 1,344 fans on Wednesday night at Thomas Stadium.

Senior Trey York (Knoxville, Tenn.) recorded his third home run of the season after connecting on a two-run bomb in the bottom of the third inning … York – who went 2-for-4 with two RBI and extended his hit streak to seven straight games.

Senior Jeremy Taylor (Fayetteville, Ga.) posted his third multi-hit game of the season after going 2-for-3 with one walk and one run scored.

Junior Blake Smith (Ninety Six, S.C.) suffered the loss after allowing five runs on three hits in one-third of an inning, while Aaron Soto earned the win (1-0) for the Vols. Soto issued two runs on two hits and struck out two in three innings of relief. Tennessee’s bullpen retired 18 of the final 21 ETSU hitters to end the game. Steven Kane (2.0 IP), Jon Lipinski (1.0 IP), Quint Robinson (1.0 IP) held the Bucs hitless in the final four innings, while striking out four and walking one.

As a team, Tennessee out-hit the Blue and Gold, 14-4, while Nick Senzel, Leno Ramirez and Derek Lance all finished with two-hit nights in the winning effort.

ETSU had its three-game win streak snapped and dipped to 7-6, while Tennessee – who had lost back-to-back games – improved to 8-4. The Bucs and Vols complete the home-and-home series on May 17 in Knoxville.

Despite getting back-to-back singles by Jeremy Taylor and Trey York in the bottom of the first, ETSU was unable to generate runs as York was caught stealing (second) and Taylor was picked off third after the ball got away from catcher Tyler Schultz.

After getting two scoreless innings of four strikeout ball from starter Lee Haeberle, the Blue and Gold followed their pitching script as junior right-hander Blake Smith took over in the third. Unfortunately, Smith was tagged for five runs on three hits and one walk in one-third of an inning, while left-hander Jamin McCann (Kingsport, Tenn.) surrendered an earned run on one hit and one walk to finish off the frame. Senior left fielder Vincent Jackson started the scoring by poking a two-RBI single through the right side, while Jordan Rodgers, Leno Ramirez and Max Bartlett also drove in runs for Tennessee to go ahead, 6-0.

The Bucs got on the board in the bottom of the inning when Trey York blasted a mammoth shot over the wall in left, which scored Taylor – who reached via a one-out single – making it a 6-2 score.

Red-shirt sophomore right-hander Dillon Cate (Sevierville, Tenn.) held the Vols scoreless in the fourth and fifth innings, but things unraveled in the top of the sixth. The Buccaneer hurler put the first two runners from a leadoff double to Jeff Moberg and Chris Hall followed it up with a single to left-center. Moberg eventually scored on a wild pitch, while Hall sprinted home on a passed ball. Ramirez capped off the scoring with a two-out RBI double to right, extending Tennessee’s lead to 9-2.

The Vols tacked on two more runs courtesy of an RBI single by Senzel and a fielder’s choice RBI from Vincent Jackson, resulting in the 11-2 final.