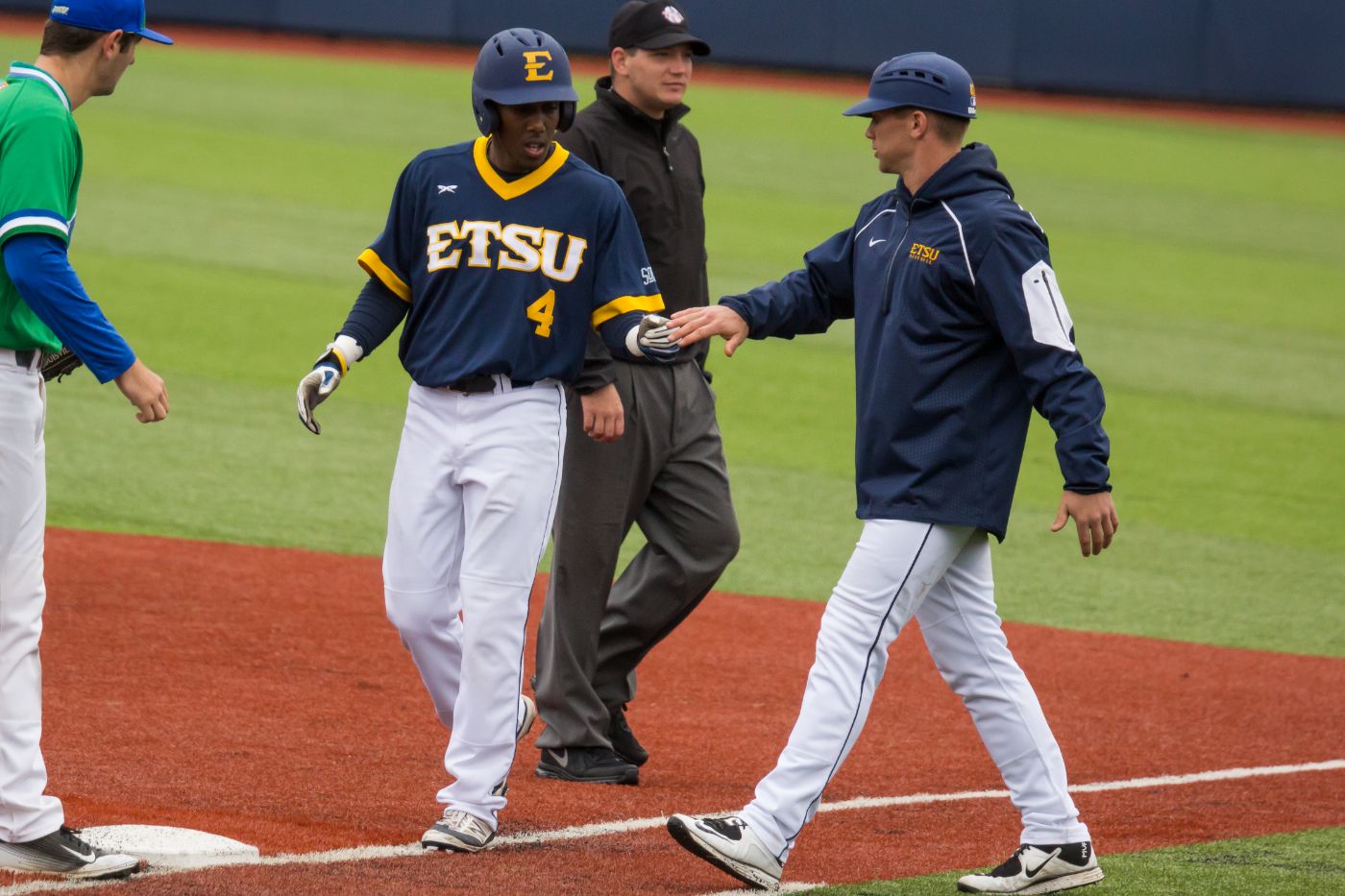 ETSU won their second of three road games this season as they traveled to Rock Hill, S.C. The Bucs took the game 7-5 after jumping out to a 7-1 lead in the middle of the sixth inning.

Hagen Owenby (Knoxville, Tenn.) went 2-4 with three RBIs and one run scored on Tuesday. He has brought up his season total of RBIs to 22, which leads the team. Jeremy Taylor (Fayetteville, Ga.) reached base three times and scored the first run of the game in the first inning off an Owenby single to left. Trey York (Knoxville, Tenn.) extended his on-base streak to 14 straight games. York went 2-5 with a single and RBI triple. This is York’s first triple of the season leaving him one shy of tying Shane Byrne’s career record of 14, which is the third-most in ETSU history.

Robby McCabe (New Port Richey, Fla.) touched home twice for the Blue and Gold and tallied a broken bat single to shallow left field. Kevin Phillips (St. Louis, Mo.) extended the ETSU lead in the fifth with a RBI single up the middle.

Jamin McCann (Kingsport, Tenn.) started his first game of the season for the Bucs and went five strong innings. He surrendered just three hits with five strikeouts and no walks. Zach Thompson (Ooletewah, Tenn.) and Andy Higley (Knoxville, Tenn.) each came out of the bullpen and offered solid outings as neither gave up an earned run. Griffin Krieg (Nashville, Tenn.) faced one batter in the eighth and struck him out to end the inning. Peyton Taylor (Kingsport, Tenn.) trotted to the mound in the ninth and was perfect as he picked up his third save of the season.

Eight of the WCU starters have a batting average of at least .300. Junior, outfielder Matt Smith has started all 20 games and leads the team in batting average with .392. He has 29 hits on the season with four homers and seven total extra base hits. Bowman leads many offensive categories for starters on the team: extra base hits (12), triples (3), RBIs (19), slugging percentage (.676), and walks (12).

Senior, outfielder Garrett Brown is another threat for the Catamounts as he totes a .311 batting average in 18 starts on the season. He has touched home 18 times and smacked nine extra base hits, which is the second most on the team. Brown also leads the team in stolen bases going 9-10.

As a team, WCU has a .297 batting average with 61 extra base knocks, 23 stolen bases, and 69 walks. Their pitchers allow opposing leadoff batters to get on often as leadoff batters hit .366 against WCU.

Western Carolina is efficient after six innings as they have a record of 6-1 when leading. Whenever they are trailing at the sixth inning, they are 2-9.

As for pitching, freshman, southpaw Baker leads the team with a 2.45 ERA in four starts and two relief appearances. He has surrendered just three extra base hits, all doubles, with an opposing batting average of .284. In 22 innings on the bump, he has allowed six earned run with 14 strikeouts and ten walks. The Catamounts have four main bullpen relievers: Corey Sikes, B.J. Nobles, Colton Davis, and Chad Mabini. These four players have made at least eight appearances. Sikes has been the most effective reliever with 11.1 innings of work with five runs scored.

The Bucs and Catamounts have played in 94 games in their history with WCU leading the all-time series 63-31. However, the Bucs are 3-1 in the last two seasons and won the series last year in Johnson City 2-1.

ETSU will host a mid-week clash with Radford on March 29 at Thomas Stadium at 6 p.m. The Bucs will the continue SoCon play against Furman inside Thomas Stadium starting on April 1 at 6 p.m.