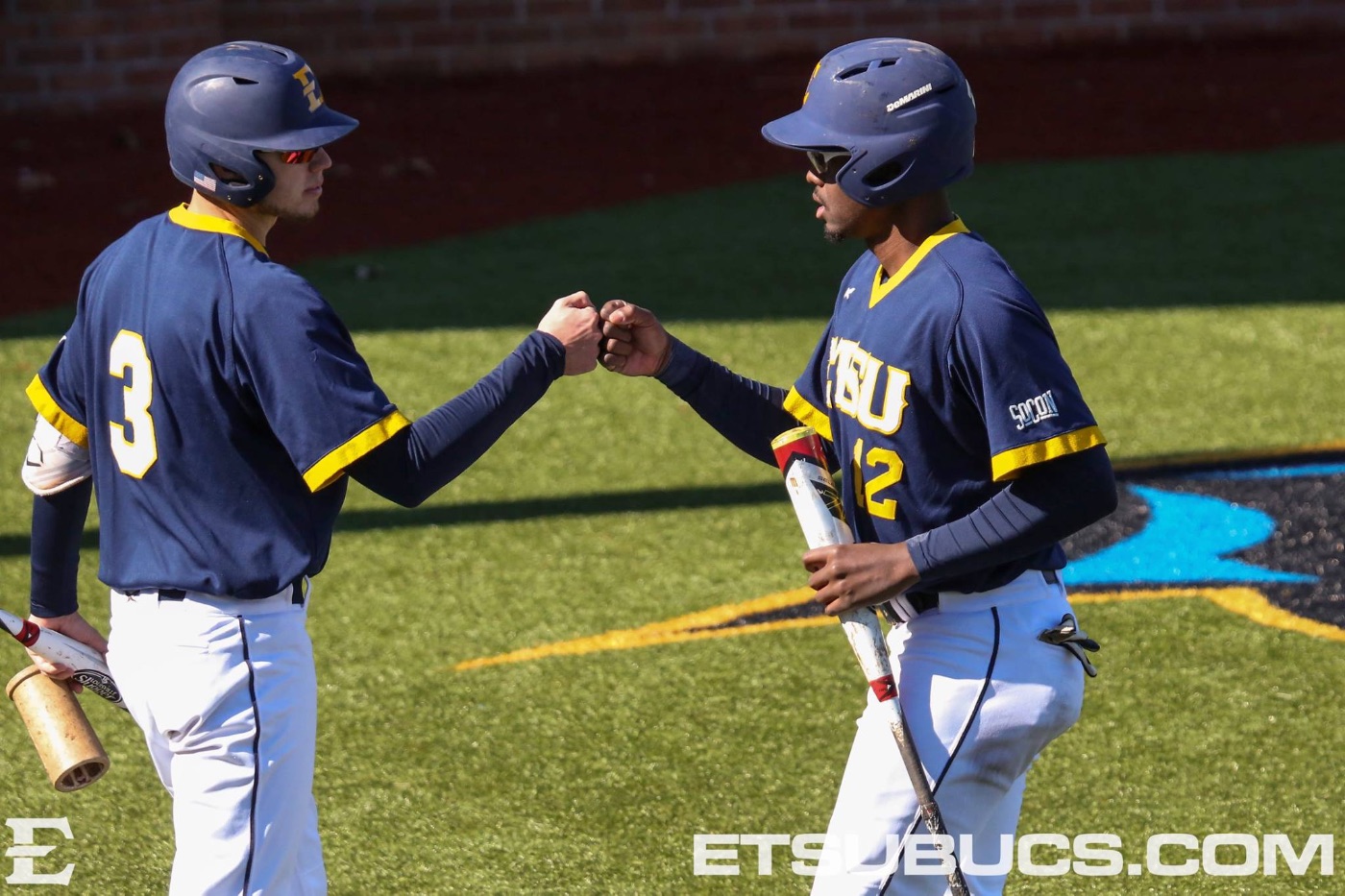 ETSU (15-16) had its three-game win streak snapped over the weekend as the Bucs were swept by Mercer in a three-game Southern Conference series.

Despite hitting .313 (35-112) with three doubles, one triple and nine home runs, the Blue and Gold were unable to overcome seven fielding errors and up-and-down pitching performances … The seven fielding miscues resulted in seven unearned runs, while the Buccaneer hurlers recorded a 7.00 ERA (21 ER/27.0 IP) for the series.

Senior Kevin Phillips (St. Louis, Mo.) led the ETSU offense as he was 7-for-14 with two home runs, three runs and three RBI, while both hits from junior newcomer Caleb Longley (Cleveland, Tenn.) went for home runs … Longley registered his first homer as a Buccaneer on Saturday, while his grand slam in the bottom of the eighth inning tied the game at eight on Sunday … Junior Blake Rowlett (Clarksville, Tenn.) extended his hit streak to 11 straight games after hitting .444 (4-9) with one home run, four walks and three runs scored, while Lance Mays (Ridgely, Tenn.) moved his on-base streak to 17 consecutive games.

Senior right-hander Lee Haeberle (Hendersonville, Tenn.) ranks fourth in the SoCon in strikeouts (53), ninth in innings (46.2) and 10th in opposing batting average (.253), while red-shirt junior Peyton Taylor (Kingsport, Tenn.) leads the SoCon in games finished (15), is tied for fourth in appearances (19) and is tied for sixth in saves (3).

Junior two-way player Joe Tietjen ranks first in the Big South in RBI (41), third in home runs (7), fourth in slugging percentage (.595) and is tied for sixth in hits (47) … Tietjen also leads the team with a .359 batting average … Senior catcher Pete Guy leads the conference in walks (39), ranks third in on-base percentage (.487) and is fourth in home runs (6).

Sophomore right-hander Nick Boyles has a 1.46 ERA (2 ER/12.1 IP) in nine appearances, while opponents are hitting .103 against the Bulldog hurler … Freshman righty Eric Whitecavage leads the team with 17 appearances and boasts a 3.52 ERA (6 ER/15.1 IP).

As a team, the Bulldogs’ hitters lead the Big South in walks (181), but they have also struck out a league-high 317 times … UNCA’s pitching staff has picked off a Big South best 17 runners this season.

Six of UNCA’s nine wins have come at home.

Sophomore right-hander Logan Gentry (Kingsport, Tenn.) will make his first start of the season for ETSU … Gentry has a 4.82 ERA (5 ER/9.1 IP) in eight appearances this season … Opponents are only hitting .206 against Gentry.

UNCA has yet to announce its starter.

The Bucs are gunning for the season sweep as ETSU defeated UNCA, 9-1, back on March 2 in Johnson City … Overall, seven pitchers were used in the midweek game, while the Bucs took a no-hit bid into the seventh inning … Dillon Cate (Sevierville, Tenn.) earned the win after tossing one scoreless inning, while Haeberle, Andy Higley (Knoxville, Tenn.), and Ryan Simpler (Lewes, Del.) all had scoreless outings for the Blue and Gold … Offensively, the Bucs pounded out 16 hits, while York and Owenby both homered in the winning effort … Aaron Maher (Brentwood, Tenn.) led the Bucs with a career high four hits (4-for-4) … York (three RBI) and Longley (two RBI) combined to drive in five of the nine runs.

ETSU has lost its last two games at Greenwood Field and is looking to win for the first time since a 20-9 victory in 2013.

Tuesday’s game will be streamed live on the Big South Network, while live stats will be available via UNCABulldogs.com.