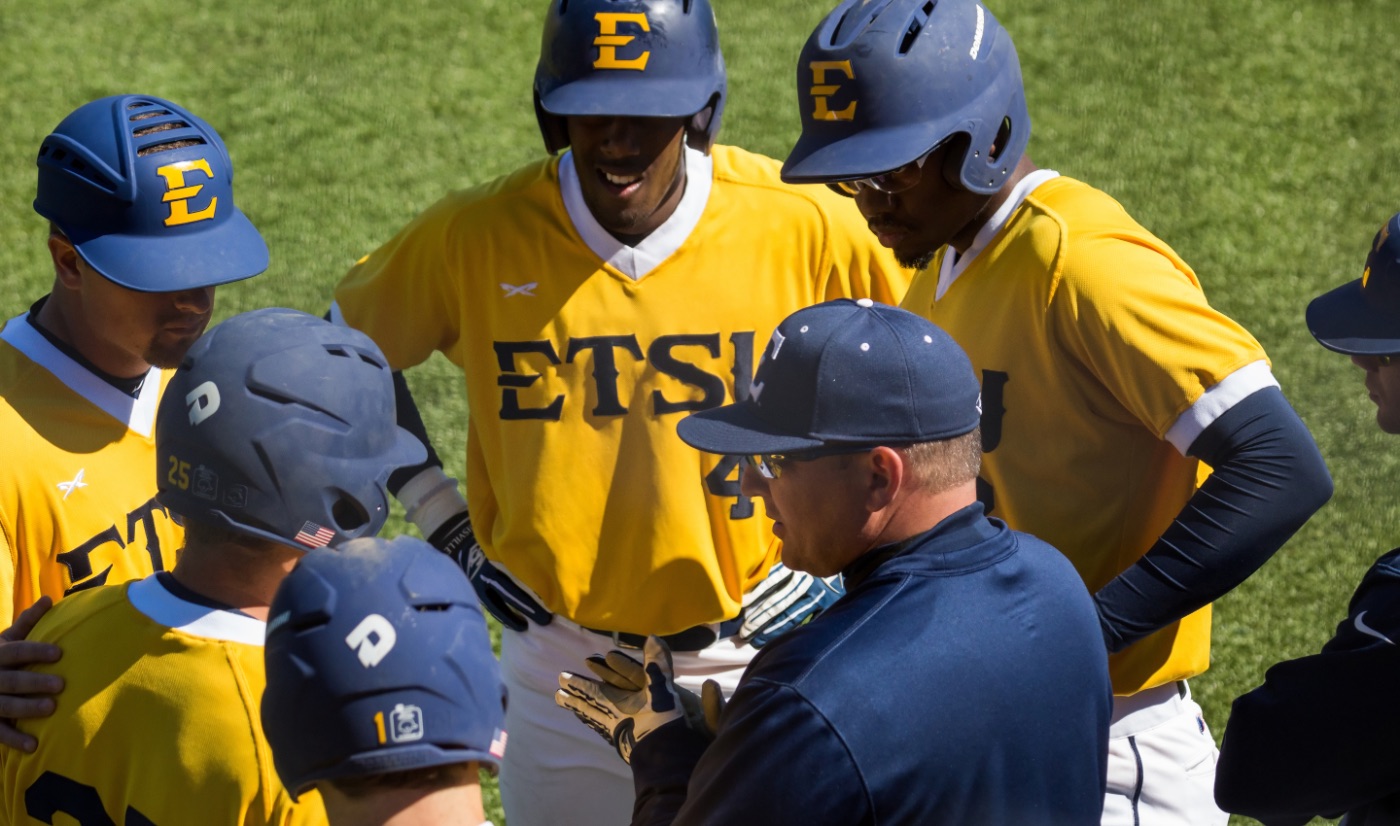 ETSU (16-20, 3-6 SoCon) snapped its seven-game losing skid following a 17-8 win at Eastern Kentucky on Wednesday night … The Bucs set a program record for runs scored in an inning by plating 13 runs on 11 hits in the fifth inning.

Overall, all nine Buccaneer starters registered at least one hit and one run in the nine-run victory against the Colonels, while ETSU homered for the third straight game … The Blue and Gold scored double-digit runs for the 10th time and double-digit hits for the 23rd time this season … As a group, ETSU pounded out 16 hits on the night … The Bucs have totaled 128 of their 399 hits over the last 10 games.

Senior Trey York (Knoxville, Tenn.) drove in five of his career-high seven RBI in the fifth, while going 3-for-6 with a double, home run and two runs scored … The 7-RBI performance was one shy of tying ETSU’s single-game record … Following his three-hit game, York is 13 hits shy of 200 for his career … Sophomore Aaron Maher (Brentwood, Tenn.) also homered in the 13-run fifth inning and drove in three runs.

UNCG has won 17 of its last 23 games and enter this weekend’s series at 28-11, 7-2 … The Spartans are tied with league-leading Western Carolina in the loss column, but are percentage points behind the Catamounts.

Sophomore right-hander Andrew Wantz is 5-0 with a 2.13 ERA (12 ER/50.2 IP) in 20 appearances (one start) … Wantz leads the SoCon in opposing batting average against (.188) and ranks second in ERA and strikeouts (64), while Sunday starter Matt Frisbee is fourth in ERA (3.73) … Wantz and Friday night starter Hunter Smith are tied for second in the conference in wins (5).

This weekend marks the first meeting between the two programs in Greensboro since March 25-27, 2005 when ETSU took two of three from the Spartans.

Last year, the Bucs were outscored by two runs, 18-16, while 15 of UNCG’s 33 hits went for extra bases – seven doubles, two triples and six home runs … Trey York was 6-for-13 (.462) with one triple, two home runs, two runs and five RBI in the series, while right-hander Dillon Cate (Sevierville, Tenn.) tossed two scoreless innings with three strikeouts to earn the 5-3 win in the series finale.

All three games this weekend will be streamed live on the SoCon Digital Network, while live stats will be available via UNCGSpartans.com.

ETSU wraps up its season-long nine-game road swing Tuesday night at Radford … First pitch is set for 6 p.m. at the Radford Baseball Stadium.