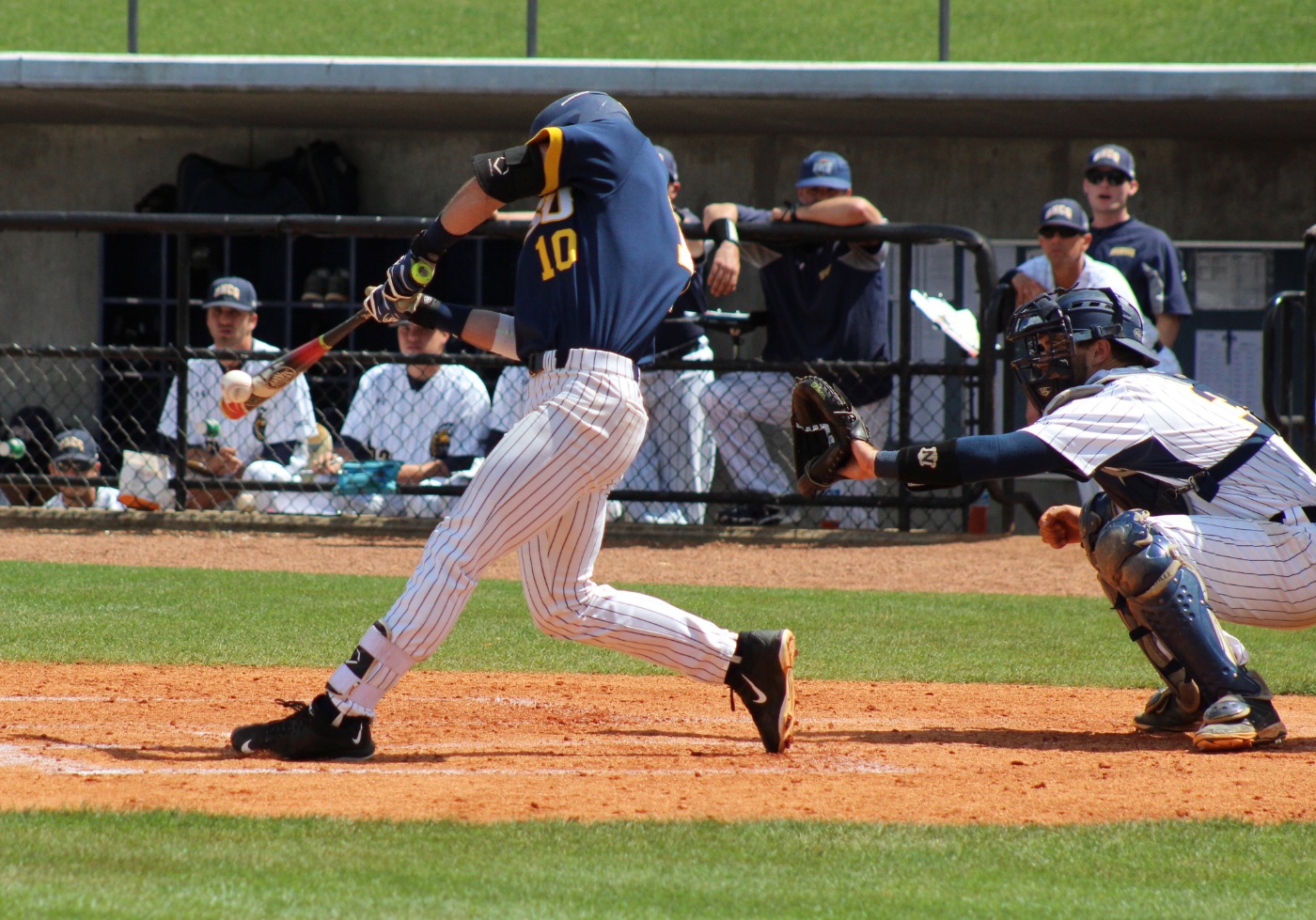 GREENSBORO, N.C. (April 23, 2016) – Despite scoring the final six runs of the game, ETSU was unable to overcome an early deficit as UNCG hung on for a 13-6 series clinching win on Saturday afternoon at UNCG Baseball Stadium.

After being held scoreless for the first six innings, ETSU scored six runs on nine hits over the last three frames – capped by Trey York’s (Knoxville, Tenn.) two-run ninth-inning home run … The Bucs scored four runs in the seventh inning as Kevin Phillips (St. Louis, Mo.) had an RBI single, and York cleared the bases with a single to right.

York, Phillips and Blake Rowlett (Clarksville, Tenn.) all finished with two hits, while York drove in four and Phillips had the other ETSU RBI.

Rowlett, Robby McCabe (New Port Richey, Fla.) and Jeremy Taylor (Fayetteville, Ga.) all extended their on-base streaks on Saturday … McCabe moved his to 14 straight games after a two-out walk in the second, while Rowlett’s two-out single in the fourth pushed his to 18 consecutive games and Taylor has reached in 13 straight courtesy of his one-out single in the ninth.

The Spartans set the tone early as they sent eight hitters to the plate in the first inning and plated four runs to go up, 4-0. Ben Spitznagel led off the inning with his 18th walk of the season, moved to second on a balk and scored on Andrew Moritz’s seventh triple of the campaign. Moritz later scored on a wild pitch, while Dillon Stewart (single) and Ryne Sigmon (fielder’s choice) both drove in runs to cap off the inning.

With the Bucs only putting two base runners on in the first three innings – Robby McCabe walk and Caleb Longley’s (Cleveland, Tenn.) single –, the Spartans struck for a two-out RBI double in the third to extend their lead to, 5-0. Lee Haeberle was unable to get out of the frame as he loaded the bases, but Griffin Krieg (Nashville, Tenn.) came out of the pen to get the Bucs out of the dicey situation as he struck out Moritz swinging.

However, UNCG broke the game open with a five-run fourth inning, while Collin Woody’s two-run home run in the sixth made it a 12-0 score.

After the Spartans scratched across a run in the sixth, the Bucs finally got on the board by plating four runs in the seventh. ETSU started the inning with three consecutive singles by Blake Rowlett, Robby McCabe and Kevin Phillips, while Trey York cleared the bases with a two-out single to right to cut ETSU’s deficit to, 13-4. Phillips drove in the first run on an RBI single to left, while he, McCabe and Jeremy Taylor – who reached on an error – all scored on York’s poke into right. York was credited with a pair of RBIs, while Taylor came home on a throwing error by right fielder L.J. Kalawaia.

York’s two-run blast in the ninth made it a seven-run game, but ETSU was unable to inch closer as Ben Kerner entered out of the pen and retired the two hitters he faced to finish off the series win.

The series finale is set for 1 p.m. on Sunday … Junior right-hander Blake Smith (Ninety Six, S.C.) gets the start for ETSU, while the Spartans send freshman right-hander Matt Frisbee to the hill.

Sunday’s game will be streamed live on the SoCon Digital Network, while live stats will be available via UNCGSpartans.com.