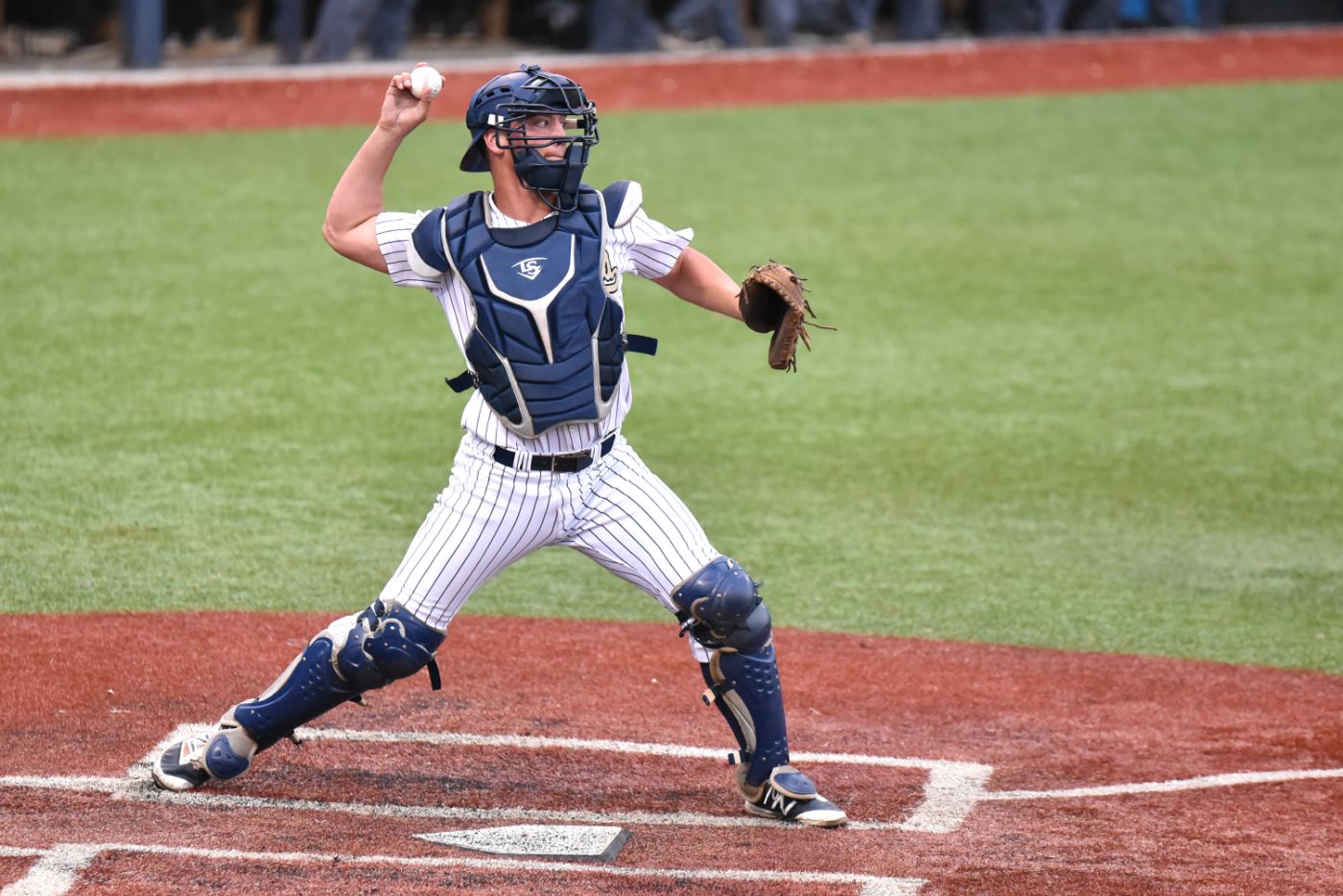 Hagen Owenby (pictured) extended his multi-hit streak game to six with a 2-for-4 performance against Winthrop.
Bucs edged by Winthrop, 2-1
Winthrop at ETSU | May 04, 2016
Related Links

JOHNSON CITY, Tenn. (May 4, 2016) – After scoring 37 total runs in the weekend sweep against VMI, the Bucs’ offense was held in check as Winthrop edged ETSU baseball, 2-1, on Wednesday night at Thomas Stadium.

The Bucs and Eagles tossed a combined 13 pitchers in the mid-week clash. Senior Griffin Krieg (Nashville, Tenn.) started in his third game of the season and was pinned with the loss. Krieg (0-4) allowed the two runs on three hits while walking two in two innings. ETSU’s bullpen tossed seven scoreless innings and scattered just a pair of hits.

Sophomore Hagen Owenby (Knoxville, Tenn.) recorded his sixth consecutive multi-hit as the reigning Louisville Slugger National Player of the Week went 2-for-4 with a pair of singles. Senior Trey York (Knoxville, Tenn.) provided the only offense as his solo, opposite field home run in the sixth pulled ETSU within a run. The homer marked York’s 12th round-tripper of the season.

The top three hitters of the Bucs’ offense totaled four of the seven hits. Six ETSU batters accounted for the seven total hits as the Blue and Gold out-hit Winthrop, 7-5.

The Eagles were led by Mark Lowrie’s two-hit night, while he also scored one of the two runs. Babe Thomas scored the other run and drove in Lowrie. Thad Harris earned the win (3-3) as he scattered two hits in three scoreless innings of relief.

The Eagles scored their two runs in the top of the second as they took advantage of a no out, bases loaded situation to grab a 2-0 lead. Babe Thomas drove in the first run off a fielder’s choice, while Winthrop extended its lead on Kyle Edwards’ gap-splitting double.

After sending four batters to the plate in each of the third, fourth, and fifth innings, Trey York snuck his 12th home run of the season over the right field wall to cut the Winthrop lead in half.

The Eagles threatened to add to their lead in the eighth as they worked bases loaded with two outs. However, after a pitching change, Peyton Taylor induced an inning-ending fly out to center to hold the lead at 2-1.

ETSU tallied just one hit in the last three innings.

The Bucs return to SoCon action this weekend as ETSU travels to Alabama for a three-game set at Samford, beginning Friday night at 7 p.m. EDT.