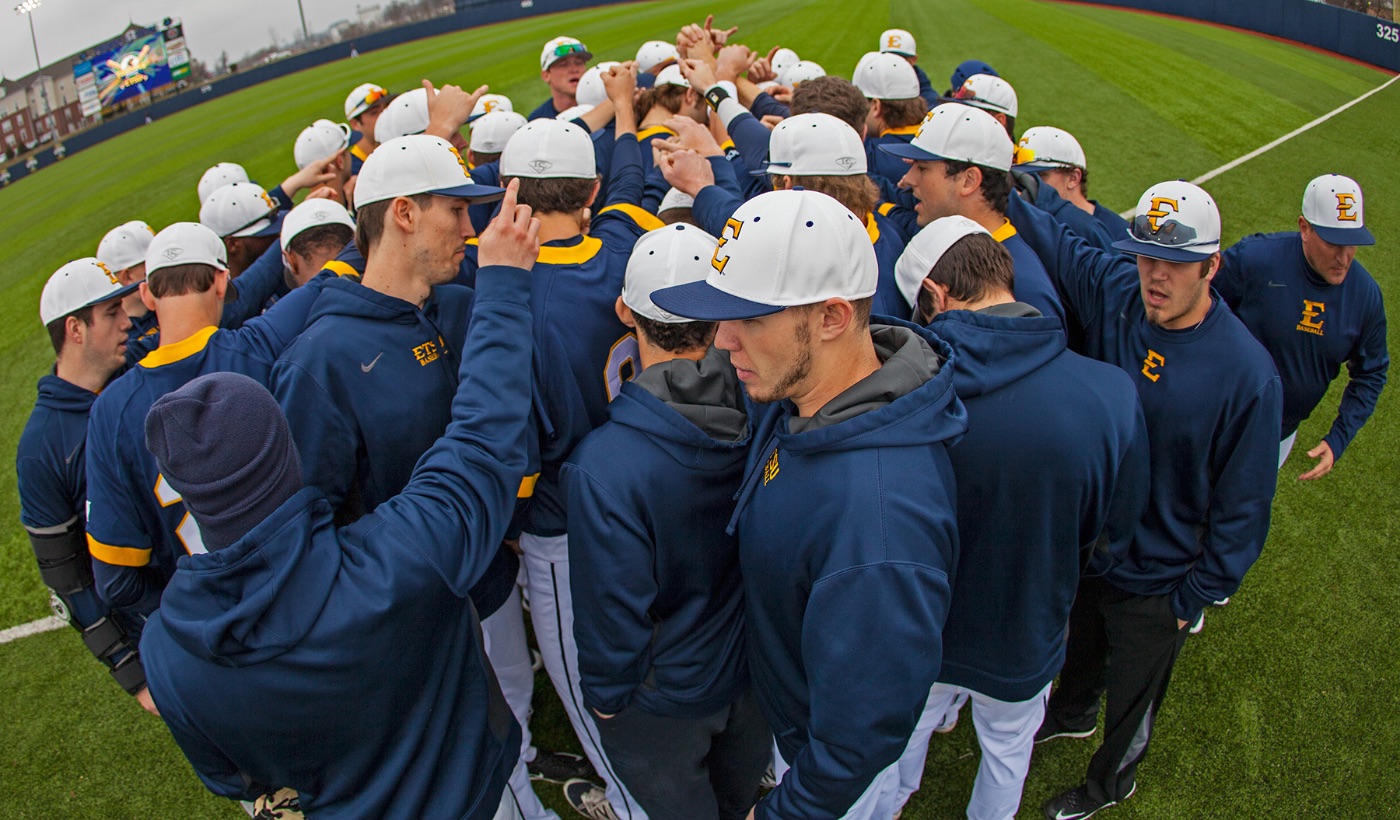 HOMEWOOD, Ala. (May 5, 2016) – The ETSU baseball team looks to build on its conference win streak as the Bucs begin a seven-game road swing this weekend at Samford. Game one of the series is set for Friday night (7 p.m. EDT) at Joe Lee Griffin Field.

ETSU (19-25, 6-9 SoCon) had their three-game win streak snapped after falling to Winthrop, 2-1, on Wednesday night at Thomas Stadium … Wednesday marked just the third time this season the Bucs were held to one run or less on the season.

Junior Blake Rowlett (Clarksville, Tenn.) carries a 10-game hit streak into this weekend’s series, while he has also reached base in his last 24 contests … Rowlett is hitting .405 (15-for-37) with two doubles, three home runs, 14 runs and 12 RBI during his 10-game hit streak.

Sophomore catcher Hagen Owenby (Knoxville, Tenn.) has registered multi-hit games in each of his last six contests … Owenby – the team-leader in hits (70) and reigning Louisville Slugger National Player of the Week – is 18-for-29 (.621) with two doubles, three home runs, eight runs and eight RBI during this six-game hit streak … The Knoxville, Tenn. native ranks 17th nationally in hits and is tied for 22nd in homers.

During their last four games, the Buccaneer bullpen is 2-0 with a 1.54 ERA (4 ER/23.1 IP), while also limiting the opposition to a .171 batting average … Senior left-hander Josh Jacques (Rollinsford, N.H.) and sophomore right-hander Ryan Simpler (Lewes, Del.) both have two scoreless appearances, while juniors Blake Smith (Ninety Six, S.C.) and Jamin McCann (Kingsport, Tenn.) have accounted for the winning decisions … Furthermore, Jacques hasn’t allowed a run in his last four appearances, while Smith hasn’t allowed a run in his last 12.1 innings out of the bullpen.

Samford has won 10 of its last 15 games and enters the series at 26-19 overall, 8-7 in the SoCon … The Bulldogs are coming off a series win at league-leading UNCG last weekend in Greensboro.

On the mound, Samford boasts the lowest ERA in the SoCon (4.44), while also leading the conference in lowest runs allowed (230), second in opposing batting average (.262) and fewest hits allowed (393) … Friday night starter Parker Curry ranks second in the SoCon in ERA (2.29) and opposing batting average (.220) … Reliever Wyatt Burns’ 27 appearances are tied for the second-most in the conference.

Eighteen of Samford’s 26 wins have come at home, while they have won four of its six SoCon home games this season.

This weekend marks the Bucs’ first-ever trip to Samford.

All three games this weekend will be streamed live on the SoCon Digital Network, while live stats will be available on SamfordSports.com via StatBroadcast.

The Bucs continue their seven-game road swing as ETSU heads to Spartanburg, S.C., to open a three-game series at Wofford starting Thursday, May 12.