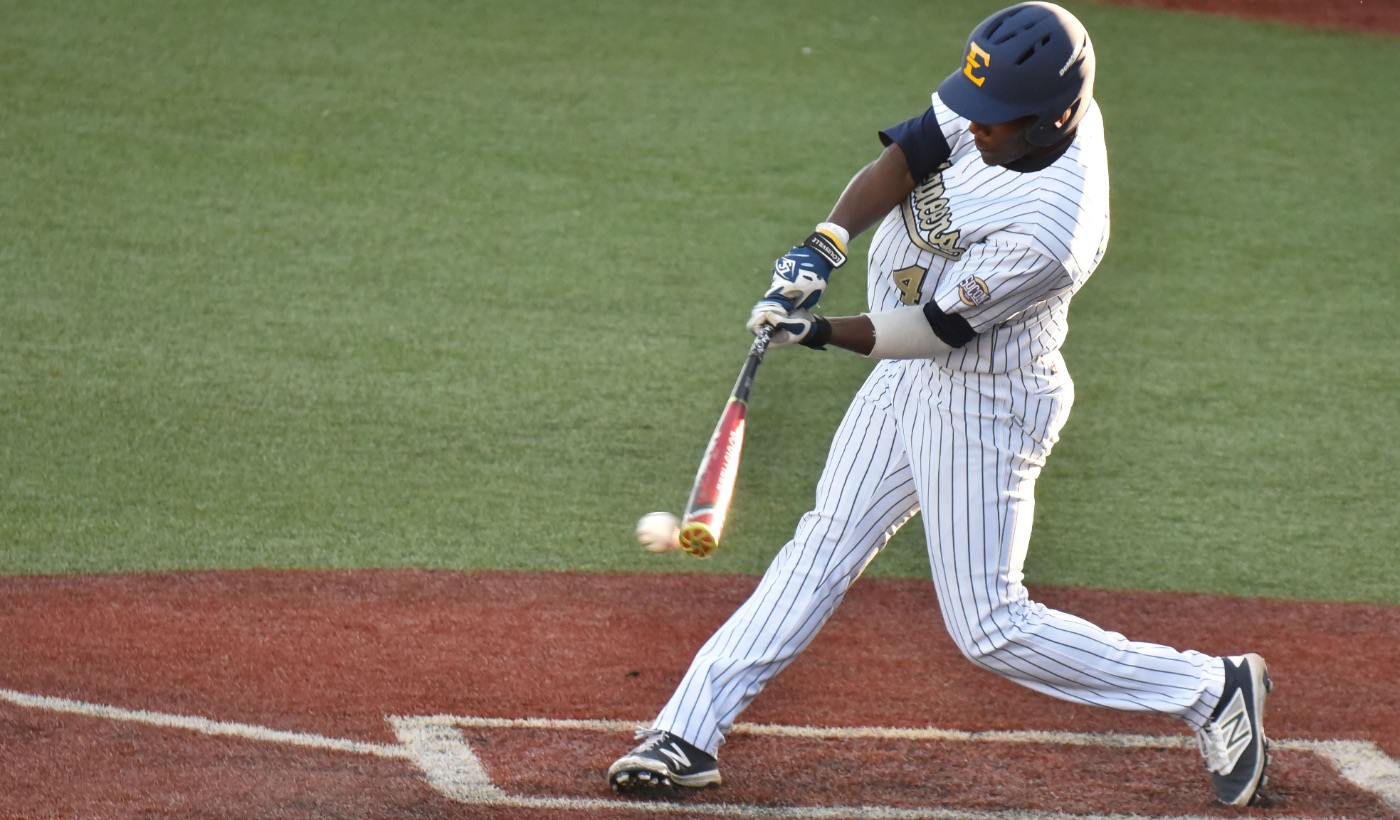 The Bucs have hit at least one home run in each of their last six games, moving ETSU’s season total to 58.

Rowlett led the Bucs with a three-hit night, while driving in two runs and scoring three times … Owenby went 2-for-4 with a double, home run and two walks … Owenby has now posted multiple hits in each of his last seven games.

Lance Mays plated the game’s first runs as he belted a three-run home run in the second, marking his fourth homer of the season … Mays went 2-for-4 and drove in a career-high five runs as he also delivered a two-RBI triple in the third inning.

Jamin McCann earned the win (5-3) after allowing one hit and faced the minimum in his 2.2 innings of work … Sophomore right-hander Ryan Simpler (Lewes, Del.) picked up his second save of the season as he started the eighth inning with ETSU leading 8-5.

McCann, Simpler and Lee Haeberle (Hendersonville, Tenn.) combined for 14 strikeouts, which tied a season high for Samford hitters … Haeberle struck out seven in 4.1 innings, while McCann totaled four and Simpler punched out three.

Samford starter Parker Curry suffered the loss (5-2) after issuing seven runs on 10 hits in three innings … Hunter Swilling and Troy Dixon combined for five of the Bulldogs’ eight hits and drove in six of the eight runs.

ETSU, who has won its last four Southern Conference games, improved to 20-25 overall and 7-9 in conference play ... Samford entered the weekend fresh off a series win at then league-leading UNCG, and dipped to 26-20, 8-8.

ETSU struck first as the Blue and Gold plated four runs on five hits in the top of the second to grab a 4-0 lead. Kevin Phillips (St. Louis, Mo.) and Blake Rowlett led off the inning with back-to-back singles and they trotted home on Lance Mays’ three-run blast. From there, Jeremy Taylor (Fayetteville, Ga.) and Christian Bailey (Kingsport, Tenn.) both poked singles to right, leading to Trey York’s (Knoxville, Tenn.) sacrifice fly RBI to center.

The Buccaneer lead quickly vanished as Samford put up a five spot in the bottom half of the inning – highlighted by Troy Dixon’s grand slam – and the Bulldogs led, 5-4, after two complete innings. The round-tripper by Dixon was his first collegiate home run.

The Blue and Gold answered the challenge and regained a 7-5 lead courtesy of a three-run third inning. Mays again delivered the big hit as he ripped a two-out, two-RBI triple to right and he later scored on Bailey’s RBI single to right.

After Haeberle struck out the side in the third and retired three of the four hitters he faced in the fourth, the Buccaneer right-hander found himself in a pickle in the fifth. Haeberle walked the first two Bulldog hitters – and after getting Austin Edens to fly out to left field – head coach Tony Skole made the call to the bullpen as Jamin McCann faced a one-out situation with two runners on base. The ETSU southpaw got the Blue and Gold out of trouble as he induced Alex Lee to hit into an inning-ending 4-6-3 double play to keep the Bucs’ two-run lead intact.

ETSU tacked on a run in the top of the seventh on an RBI single by Rowlett, but with one out and the bases loaded, Robby McCabe (New Port Richey, Fla.) hit into an inning-ending 6-4-3 double play. York and Owenby led off the inning with back-to-back walks, while an outstanding hustle play by Owenby led to a bases loaded situation. With one out and runners on first and second, Phillips hit a chopper to short, but Owenby was charging to second and beat the throw resulting in the bags being full of Bucs. Rowlett delivered the clutch RBI single, but McCabe couldn’t beat out his grounder to short to extend the inning.

Samford threatened in the seventh as Hunter Swilling doubled to left, but with two outs and one on, McCabe leapt out of his shoes at short to rob Heath Quinn of an RBI hit to end the inning – keeping ETSU’s 8-5 lead on the board.

For good measure, the Bucs added on six ninth-inning runs to extend their lead to, 14-5. Owenby led off the frame with a home run to left-center, while Phillips, Rowlett and McCabe came through with three consecutive RBI doubles. From there, York punched a two-out RBI single to score McCabe, while Bailey – who was hit by a pitch – scored on a throwing error by right fielder Heath Quinn.

The Bulldogs scratched across three runs in the bottom of the ninth, but Simpler finished the game by inducing Swilling into a ground out to short.