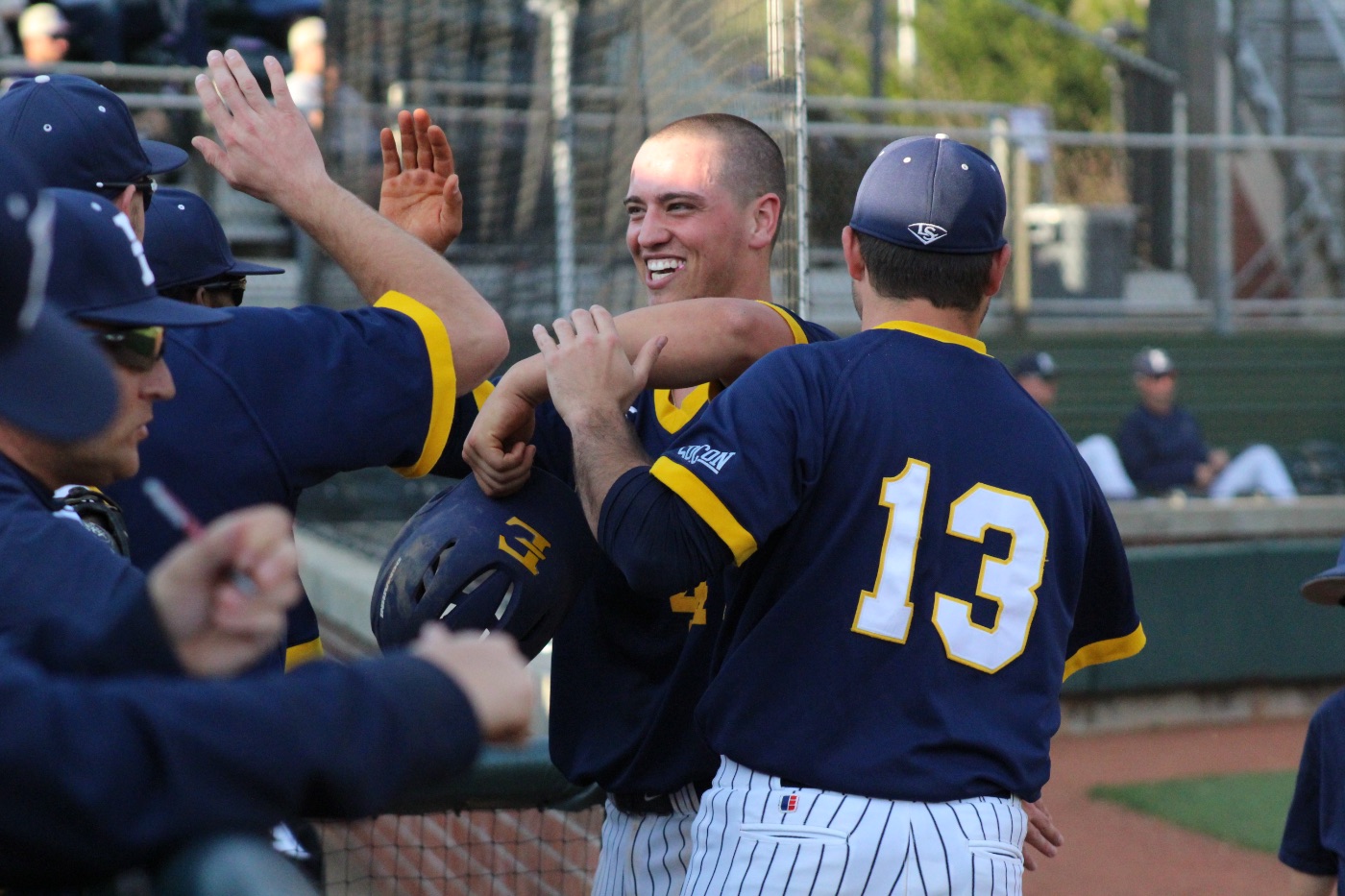 Sophomore Hagen Owenby homered in his first two at-bats, marking the third time in his career he has hit multiple home runs (all coming this season) … Owenby went 2-for-3, while he and Aaron Maher (Brentwood, Tenn.) hit back-to-back homers a three-run third inning … The back-to-back home runs was the first time ETSU accomplished the feat since March 31, 2015 when Owenby and Kevin Phillips (St. Louis, Mo.) did so against Morehead State … Blake Rowlett (Clarksville, Tenn.) also got in on the fun as he hit a two-out solo home run in the sixth to extend his trio of streaks.

Rowlett extended his hit streak to 15 straight games and moved his on-base streak to 29 consecutive games with the round-tripper … The Buccaneer third baseman has also hit in all 20 SoCon games for the Blue and Gold.

As a team, the Bucs have now homered in 10 straight games, moving their season total to 69 … Owenby’s pair of blasts pushed his season total to a team-leading 16 homers, marking the most hit by a Buccaneer since Matthew Scruggs belted 20 in 2012.

Sophomore right-hander Logan Gentry (Kingsport, Tenn.) earned his first collegiate win after making his first conference start … Gentry (1-0) tossed three innings of one-run ball, while Peyton Taylor (Kingsport, Tenn.) held the Terriers to one hit in the final 2.1 innings to pick up his fourth save of the campaign … Senior right-hander Griffin Krieg (Nashville, Tenn.) got the Blue and Gold out of a huge bases loaded jam in the fourth and allowed two runs on three hits with three strikeouts in three innings.

Senior right-hander Jacob Condra-Bogan got the start for the Terriers and was dealt the loss (5-5) as he was tagged for all five runs on seven hits in six innings … Offensively, McClain Bradley had two of Wofford’s seven hits and he drove in a run.

Just like they did in the series opener, the Bucs used the long ball to take an early 1-0 lead as Hagen Owenby destroyed a two-out pitch over the fence in left field, marking his second straight game with a homer.

Logan Gentry took the one-run lead to the mound in the bottom half of the inning and worked out of a bases loaded jam as but the Buccaneer right-hander induced Max McDougald to tap into an inning-ending ground out to second.

The Terriers knotted the game at one in the second as Kody Ruedisili tripled off the wall in right and came home on a sacrifice fly RBI from Demetrius Jennings, but ETSU pushed across three in the top of the third to regain the lead for the remainder of the night. Owenby and Aaron Maher connected on their back-to-back jacks, while Lance Mays – who led off with a single – scored on an RBI ground out by Trey York putting the Bucs ahead, 4-1.

After getting out of a bases loaded jam in the fourth and holding Wofford scoreless again in the fifth, the Bucs pushed their lead to 5-1 courtesy of a two-out solo home run by Blake Rowlett in the top sixth.

Wofford posted a pair of two-out RBI singles in the seventh, but with two outs and two on, Peyton Taylor came out of the pen to strike out Mack Nathanson keeping ETSU’s 5-3 intact.

Taylor worked a perfect eighth as he struck out two of the three hitters he faced, and after putting the tying run aboard in the ninth, the Buccaneer hurler retired the next three Terrier hitters to finish things off.

ETSU will look to win its third straight series on Saturday as the finale is set for 2 p.m.