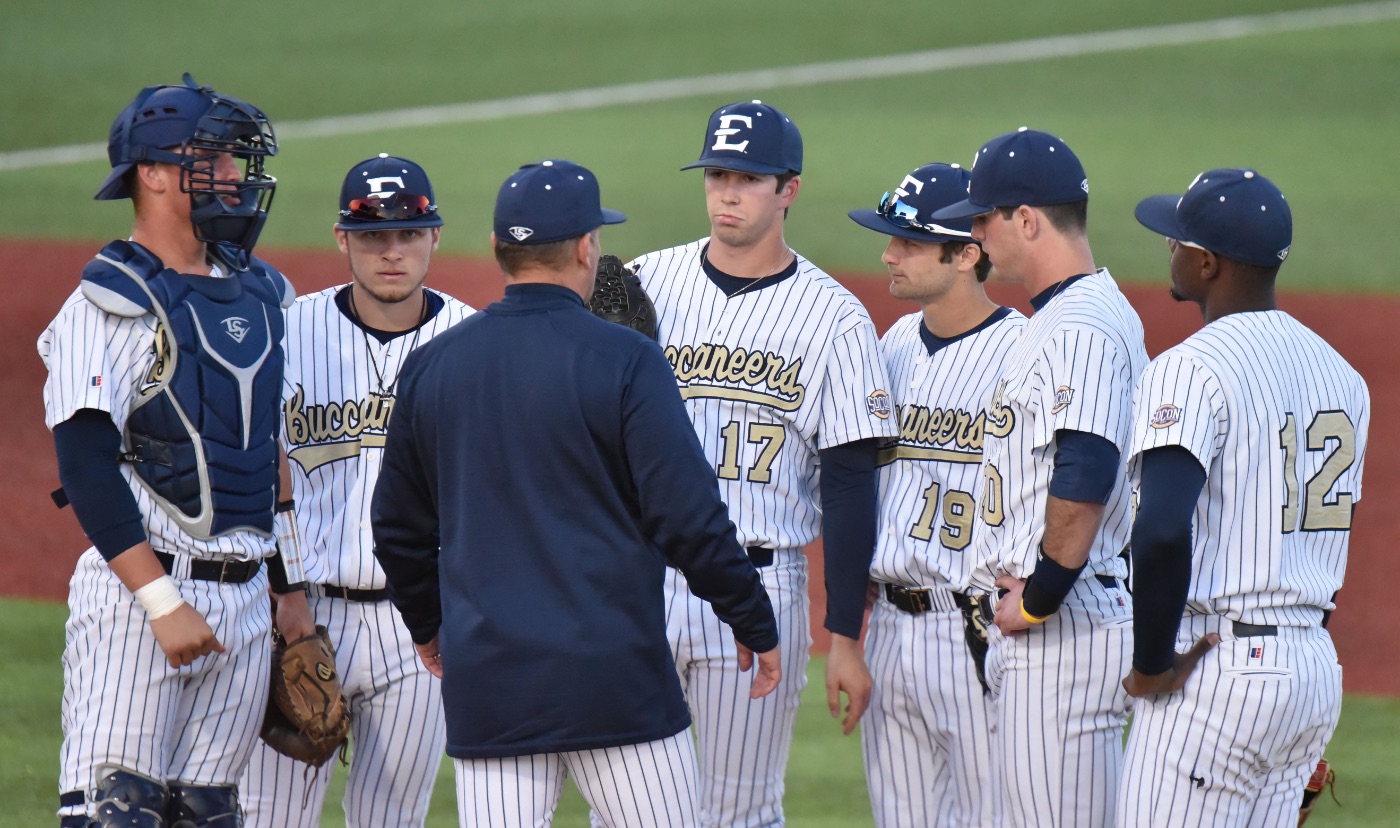 Sophomore Aaron Maher (Brentwood, Tenn.) singled in his first two at-bats to move his SoCon hit streak to 16 straight games … Maher’s two hits were the only base knocks by the Buccaneers, marking the fewest hits by the Blue and Gold this season.

Adam Scott retired 21 of the 23 hitters he faced to earn the win … Scott (4-5) – who entered the game with a 7.08 ERA – limited ETSU to a pair of singles, while striking out two and walking none.

This marks just the second time ETSU has been shutout this season as the Bucs were blanked 11-0 at Virginia Tech back on Feb. 23.

Wofford outhit ETSU, 9-2, while Kody Ruedisili belted two home runs, drove in four and scored three runs … McClain Bradley – who ended the game with an RBI double – finished 3-for-4 with one run and an RBI.

The game ended in the bottom of the seventh via the SoCon run-rule as Wofford led by more than 10 runs in the inning.

For the first time in the series, Wofford jumped out to a lead as the Terriers hit back-to-back home runs in the second inning to go up, 3-0. Cody Miller connected on a two-run homer to left-center and Kody Ruedisili followed with a solo shot to straightaway center.

The Terriers broke things open with a four-run fourth – highlighted by a three-run home run by Ruedisili – to extend their lead to, 7-0.

With Adam Scott keeping the Buccaneer offense in check by retiring 21 of the 23 hitters he faced, the Terries kept adding runs as they plated two unearned runs in the sixth and ended the game with the two-run seventh. In the seventh, McClain Bradley ripped a two-out RBI double to right-center making it the 10-0 final.

The Bucs wrap up their seven-game road swing Tuesday night as ETSU heads to Knoxville to face Tennessee … First pitch is set for 6 p.m. at Lindsey Nelson Stadium.