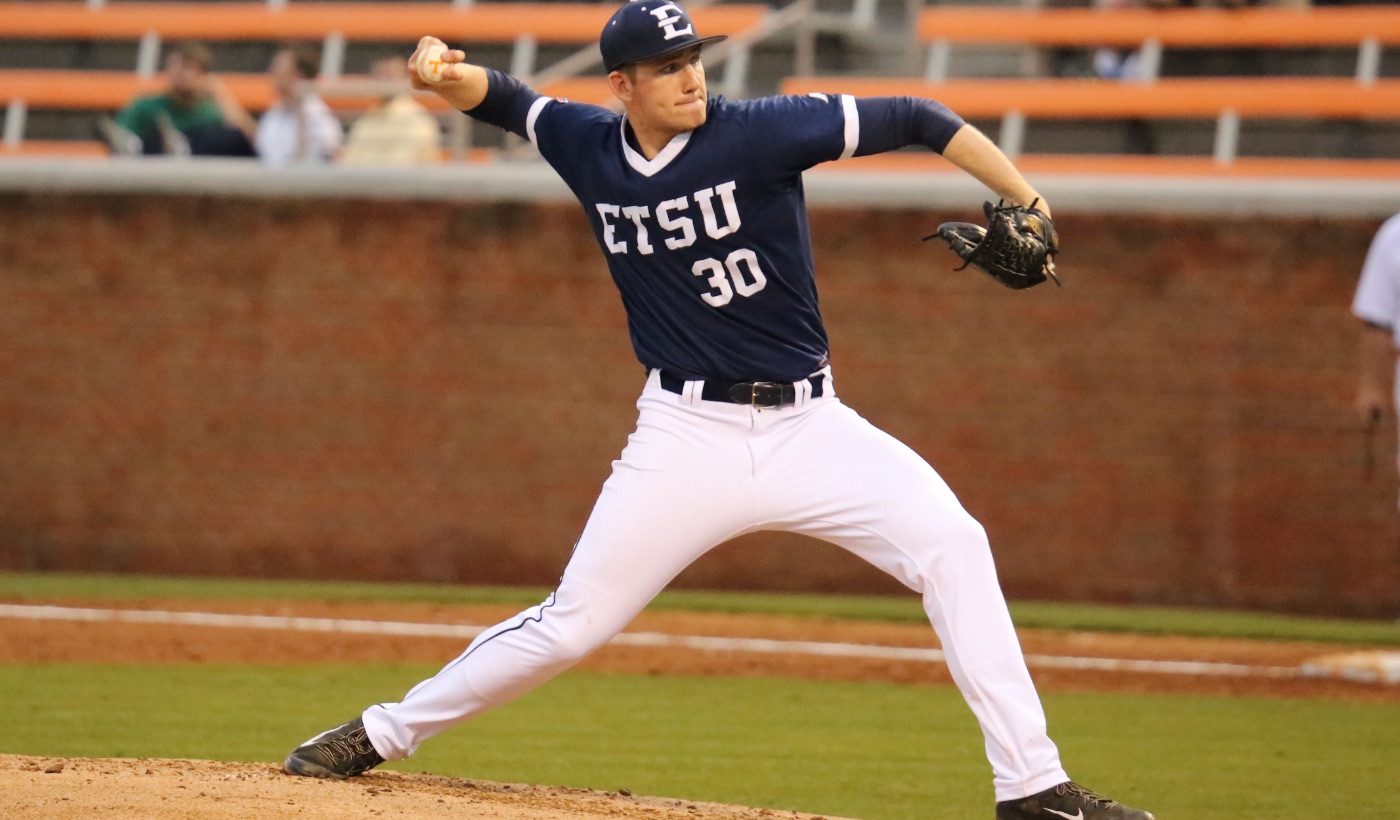 KNOXVILLE, Tenn. (May 16, 2016) – Despite dropping two of three at Wofford this past weekend, the ETSU baseball team still looks to cap off a successful seven-game road swing as the Bucs head to Knoxville to take on Tennessee Tuesday night. First pitch is set for 6 p.m. at Lindsey Nelson Stadium.

ETSU, who has won four of its first six games on this road trip, enters the final midweek game of the season with an overall record of 23-27.

The Bucs saw their six-game SoCon win streak snapped over the weekend as Wofford took two of three from the Blue and Gold … ETSU dropped a heartbreaker in the series opener on Thursday as the Bucs squandered a three-run ninth inning lead and fell, 7-6, while responding with a 5-3 victory in game two behind two homers from sophomore Hagen Owenby (Knoxville, Tenn.) …Unfortunately, the Blue and Gold couldn’t win their third straight weekend series, as they were shutout for just the second time this season in the finale, 10-0, in seven innings.

ETSU saw some long streaks end in the 10-0 setback … The Bucs’ streak of hitting at least one home run in 10 straight games came to an end, while junior Blake Rowlett’s (Clarksville, Tenn.) saw his three streaks come to halt … Rowlett had hit in 15 straight games and in his first 20 SoCon games, while posting an on-base streak of 29 consecutive contests before going 0-for-2 on Saturday.

ETSU’s pitching staff moved its season total in strikeouts to 369 over the weekend in Spartanburg, which ranks second all-time in program history … Last season, the Bucs set the single-season strikeout record with 431 punch outs.

As a team, the Vols have recorded 17 triples and 82 stolen bases.

Eleven different pitchers have registered a win this season for Tennessee – including Jon Lipinski and Andy Cox – who both have three saves on the season … Sophomore left-hander Zach Warren leads the club with five wins, while junior right-hander Hunter Martin is 3-2 with a 1.75 ERA (7 ER/36.0 IP) in 18 appearances (five starts).

Tuesday marks the finale of an eight-game home stand for Tennessee …. Fifteen of the Vols’ 26 wins have come at Lindsey Nelson Stadium – including a series win over then-No. 4 Vanderbilt April 22-24.

Sophomore right-hander Ryan Simpler (Lewes, Del.) will get the start for ETSU and Tennessee counters with senior righty Steven Kane.

Simpler is making his fifth start of the season and ranks second in the SoCon in opposing batting average (.250) … Simpler’s last start was March 12 against LaSalle, while this marks his third career start against Tennessee … The Lewes, Del. native held the Vols to three runs on six hits and four strikeouts in 5.1 innings last season in Knoxville.

Prior to losing the last three meetings, the Bucs had won seven of the last 10 and nine of 14 against the Vols, including a series-sweep over their in-state rival in 2014.

The Vols handed ETSU an 11-2 setback on March 9 in Johnson City.

Jeremy Taylor (Fayetteville, Ga.) and Trey York (Knoxville, Tenn.) are both 8-for-24 against Tennessee all-time … Taylor has five runs scored, two RBI, two walks and is 3-for-4 in stolen bases against the Vols …Three of York’s eight hits have gone for extra bases (a double, triple and home run), while he has scored five runs and five RBI.

ETSU concludes regular season play this weekend as the Bucs host The Citadel in a three-game SoCon series starting Thursday night at 6 p.m., at Thomas Stadium.