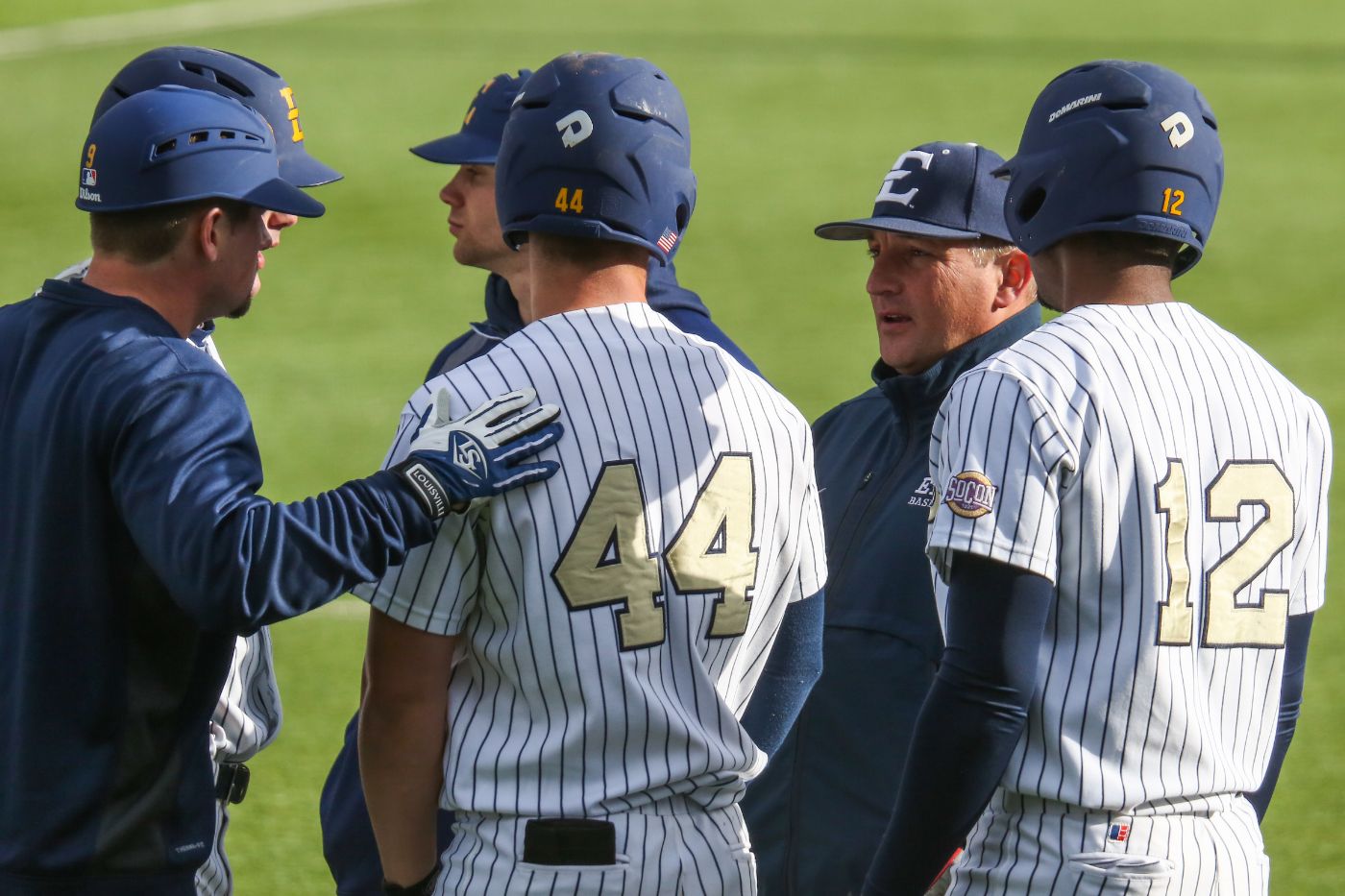 KNOXVILLE, Tenn. (May 17, 2016) – Playing its final road game of the regular season, the ETSU baseball team was unable to force a season split with Tennessee as the Vols scored 10 runs between the fourth and sixth innings to hand the Bucs an 11-2 setback on Tuesday night from Lindsey Nelson Stadium.

Senior Danny Carrier (Cincinnati, Ohio) provided the Bucs with their lone RBI as his two-out pinch-hit single to center scored Seth Cunningham (Bristol, Va.) in the top of the eighth.

ETSU ended its 14-inning scoring drought when Christian Bailey (Kingsport, Tenn.) scored on a wild pitch in the top of the fifth.

The Bucs put at least one runner on in eight of the nine innings, but went 4-for-20 with runners on base.

Sophomore right-hander Ryan Simpler (Lewes, Del.) made his fifth start of the season and gave the Blue and Gold two scoreless innings of two-hit ball … Unfortunately, the Buccaneer bullpen was tagged for 11 runs on 12 hits as senior right-hander Lee Haeberle (Hendersonville, Tenn.) suffered the loss … Haeberle (3-3) allowed one run on one hit and walked two in one inning of work.

Offensively, the Vols were led by Brodie Leftridge, Chris Hall and Derek Lance as they all finished with three hits … Hall was a perfect 3-for-3 with three runs scored, two RBI and a walk, while Leftridge and Lance scored a pair of runs.

The Blue and Gold, who had won the first three games on their seven-game road swing, wrapped up the trip with a 4-3 record.

The Bucs concluded non-conference play on Tuesday night and moved to 23-28 overall, while Tennessee improved to 27-26.

Both pitchers hung up goose eggs in the first two innings, but Lee Haeberle was unable to work around a pair of two-out walks in the third as Vincent Jackson put Tennessee ahead, 1-0, on an RBI single to left. Haeberle did an excellent job throwing out Benito Santiago on a bunt attempt to end the inning, which left a pair of runners on second and third.

The Vols tacked on four runs on five hits in the bottom of the fourth to extend their lead to, 4-0. Tennessee got a sacrifice fly RBI by Max Bartlett, while with two outs and runners on the corners, left-hander Josh Jacques (Rollinsford, N.H.) looked to have induced Chris Hall into an inning-ending ground out to second to limit the damage. Unfortunately, second baseman Trey York double-clutched the throw to first, resulting in an RBI single. From there, Victor Gonzalez (Mount Pleasant, S.C.) entered out of the pen and Nick Senzel greeted him with a two-out, two-RBI double to right.

ETSU finally ended its scoring drought in the top of the fifth when Christian Bailey was hit by a pitch to leadoff the inning and later scored on a wild pitch; however, Jammer Strickland – who reached on a single – was called out on the play as he tried to move up to third.

Tennessee blew the game open with a six-run sixth inning and the Vols held ETSU to one run in the final four frames to cap off the 11-2 victory.

ETSU concludes regular season play this weekend as the Bucs host The Citadel in a three-game SoCon series starting Thursday night at 6 p.m., at Thomas Stadium.