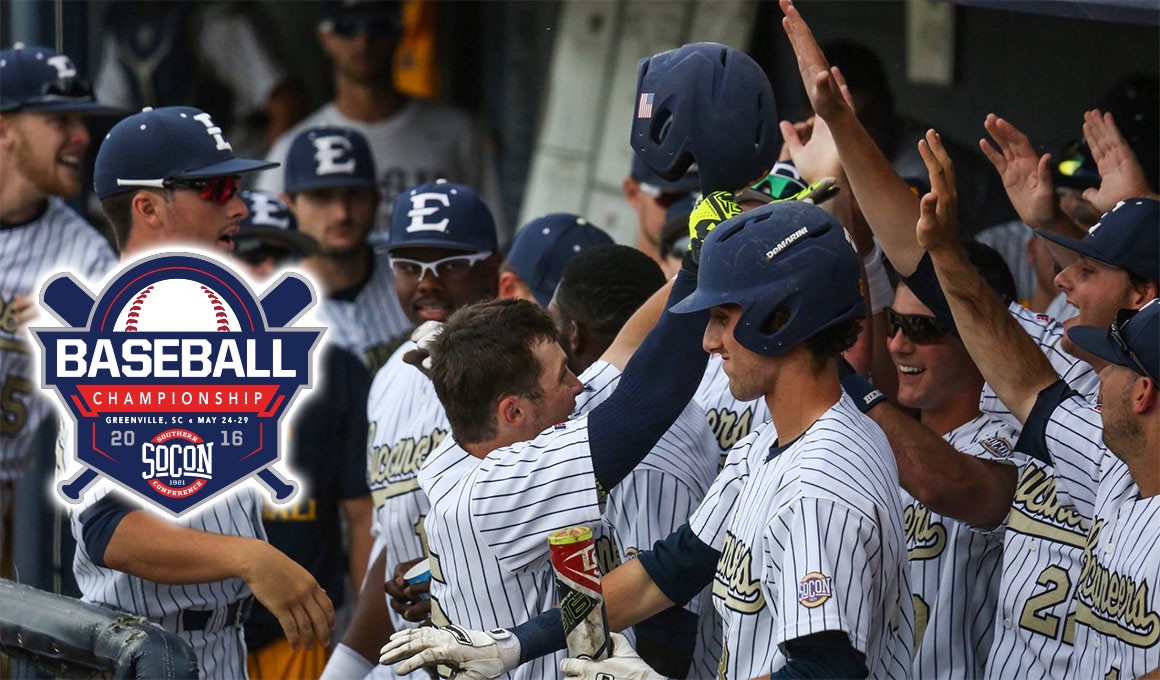 No. 5 ETSU faces No. 4 Furman at Fluor Field

GREENVILLE, S.C. (May 23, 2016) – The ETSU baseball team begins its run for a conference title as the fifth-seeded Bucs open the 2016 Southern Conference Championship against fourth-seeded Furman on Wednesday morning. First pitch is set for 9 a.m. at Fluor Field.

ETSU has won 10 of its last 12 conference games to end the season and enters the conference tournament at 26-28 overall, 13-11 in SoCon play.

The Bucs, who won three of their last four series, won five total series on the season after taking two of three from Furman, three of four from Purdue and sweeping VMI, Samford and The Citadel.

ETSU wrapped up the regular season with a three-game sweep over The Citadel, marking its first sweep over the Bulldogs since 2004 … For the series, the Bucs scored 10 or more runs in all three games, which is the first time ETSU accomplished the feat since 2010 when they scored 10-plus runs in four straight games.

Senior outfielder Jeremy Taylor (Fayetteville, Ga.) was 8-for-12 with one double, six runs, three walks, two RBI and three stolen bases against The Citadel, while sophomore Hagen Owenby (Knoxville, Tenn.) hit .462 (6-for-13) with a double, home run, four runs and six RBI in the three games … Taylor, who recorded his 250th career hit on Thursday night, has started 221 games which ranks second all-time in program history.

Following his six hits over the weekend, Owenby moved his season total to 85, marking the first time a Buccaneer reached the 80-hit plateau since Clinton Freeman in 2013, while Owenby and Trey York (Knoxville, Tenn.) are looking to become the first Buccaneer duo to have 80 hits in the same since 2010 … ETSU had six players finish with at least 80 hits that season, including Paul Hoilman’s record-setting 99-hit campaign … As a team, the Blue and Gold set the single-season record with 724 that year.

After belting five home runs over the weekend, ETSU moved its season total to 74, which ranks fourth all-time in program history … The Bucs have hit two or more home runs 19 times this season, while posting double-digit hits 35 times.

ETSU’s pitching staff surpassed the 400-strikeout mark over the weekend as the Buccaneer hurlers have recorded 404 punch-outs on the season, marking the first time in school history they have posted over 400 strikeouts in back-to-back seasons … Last year, the Blue and Gold set the program record with 431 strikeouts.

Furman enters the conference tournament winning its last four SoCon series and sits 27-28 overall, 14-10 in SoCon play … The Paladins earned series wins over Wofford, VMI, The Citadel and Western Carolina during that stretch … The Paladins have won 12 of their last 16 games to end the season.

Furman right-hander Will Gaddis earned SoCon Pitcher of the Year honors, while outfielder Jabari Richards was tabbed Freshman of the Year.

Junior right-hander reliever Nolan Mullen holds a 2.96 ERA (9 ER/27.1 IP) and is tied for the team lead in saves with Jake Crawford (5)

Senior right-hander Lee Haeberle will get the start for ETSU, while Furman counters with sophomore right Will Gaddis.

Haeberle earned the win over the Paladins in game two of the series this season at Thomas Stadium … The Buccaneer right-hander allowed three runs (two earned) on four hits in eight innings, while Gaddis picked up the win a day earlier in the series opener … Gaddis allowed three runs on six hits and struck out seven in seven innings.

ETSU and Furman have met 81 times with the Paladins holding a slight 41-40 advantage.

The Bucs took two of three from Furman this season in Johnson City, while the Blue and Gold have won three of the five conference tournament meetings against the Paladins. Ironically, ETSU’s last SoCon tournament win was an 8-2 victory over Furman in 2001.

Following the 6-5 loss in the series opener this season – where ETSU had the winning run on second with one out – the Bucs went on to defeat the Paladins 6-3 and 13-9 in the remaining two games of this year’s series.

Robby McCabe was 8-for-11 with one double, five runs scored, and three RBI in the three-game series, while Hagen Owenby hit .417 (5-for-12) with three doubles and three RBI … Blake Rowlett had four hits and drove in three runs in the series.

Wednesday’s game will be video streamed on the SoCon Digital Network, while live stats will be offered via StatBroadcast on SoConSports.com.

The winner of ETSU-Furman will play Thursday at 4 p.m., while the losing team plays an elimination game on Thursday morning at 9 a.m. The other teams on ETSU’s side of the bracket are top-seeded Mercer and No. 8 The Citadel and No. 9 VMI. Mercer, the regular season champion, gets the winner of the play-in game which features The Citadel and VMI.