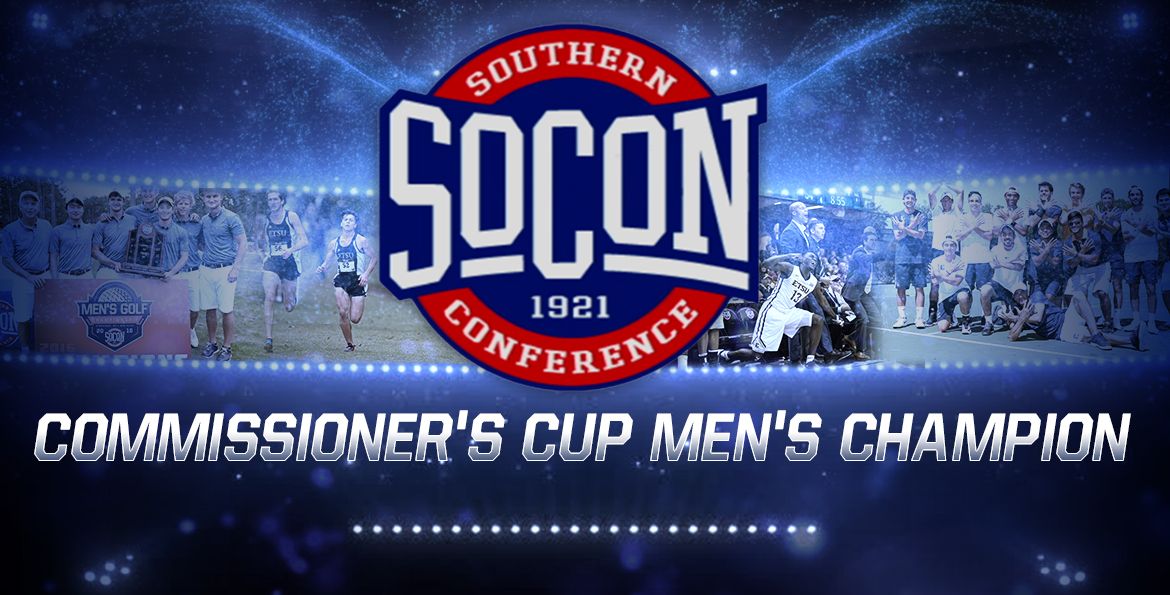 Bucs named as best overall program in league for 2015-16

SPARTANBURG, S.C. (May 31, 2016) – With the completion of the spring seasons of league competition, ETSU’s men’s program has been awarded the Southern Conference’s Commissioner’s Cup, the all-sport trophy which goes to the conference’s best all-around men’s program.

ETSU, which was previously a member of the SoCon from 1978-2005 before rejoining the league in 2014, won its second Commissioner’s Cup overall and first since the 1982-83 academic year.

“Our mantra is Excellence Every Day and by winning the Commissioner’s Cup, our student-athletes demonstrated that Excellence Every Day is more than a slogan – it is a commitment,” said ETSU Director of Intercollegiate Athletics Dr. Richard Sander. “I am so proud of our student-athletes and coaches, and greatly appreciate their hard work and enthusiasm as they do a tremendous job of representing ETSU on the field, in the classroom, and in the community. We are East Tennessee tough. Go Bucs!”

The scoring system is modeled after the one used in determining the Learfield Sports Directors’ Cup. Scoring is conducted on a percentage basis, with only the top seven sports for each school counting toward its season total. The SoCon sponsors 11 men’s sports and nine women’s sports.

ETSU, which fields eight men’s sports, jumped from third in the winter standings into the top spot thanks to conference championships from its tennis and golf teams in the spring. The Bucs won the regular-season and tournament titles in tennis for the second straight season and claimed their second consecutive golf title, as well. ETSU finished with 56.50 points in the standings, good for a percentage of .807.

Meanwhile, Furman took home the Germann Cup, the all-sport trophy which goes to the conference’s best all-around women’s program. ETSU finished fourth in that competition. Below is the full breakdown of the results: