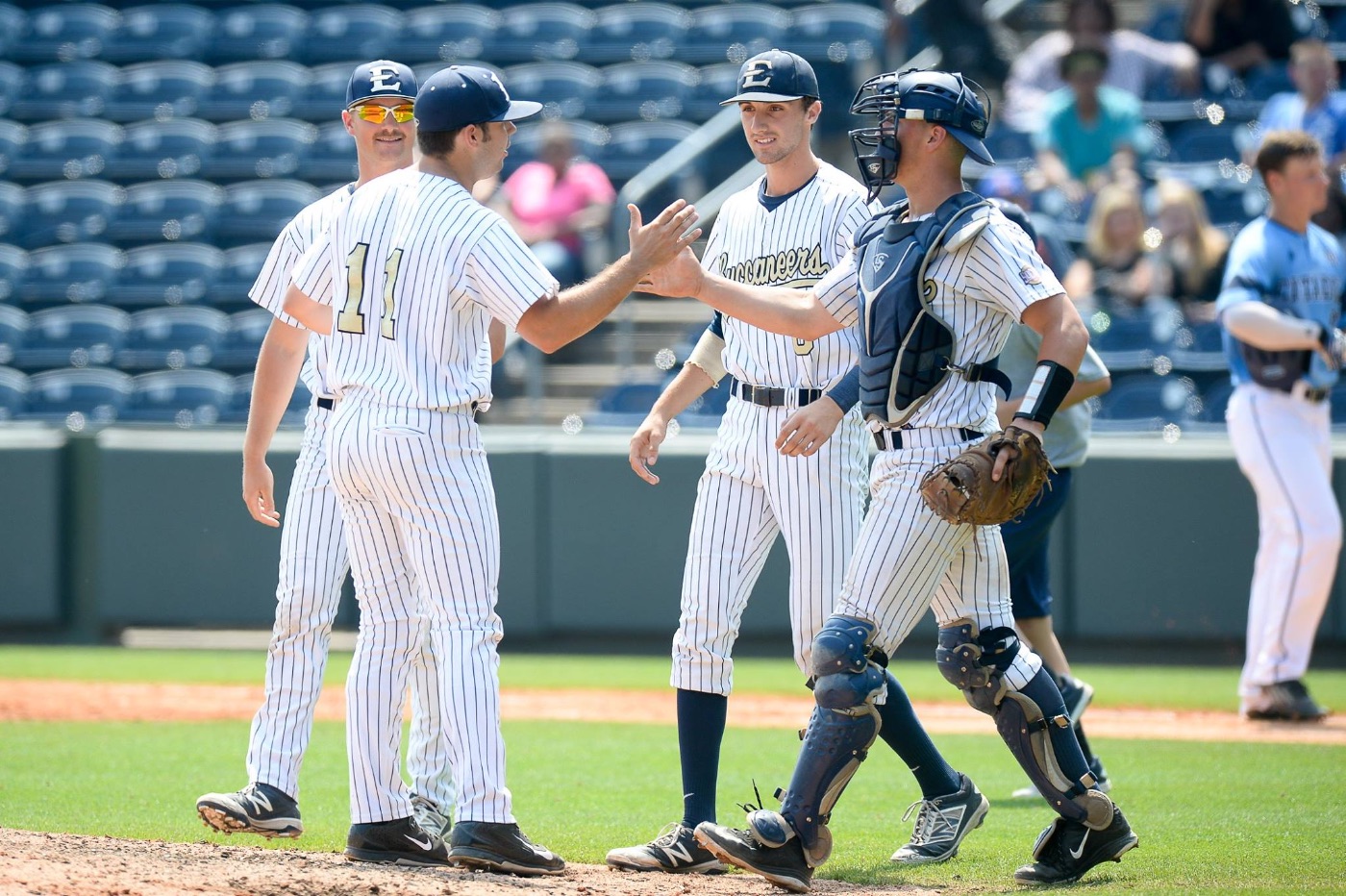 “We are excited about this upcoming season and the schedule we have created,” said Skole. “The process of a championship season is long, demanding and difficult, and we believe this schedule will test us as we make a run for the Southern Conference title. We will be challenged right out of the gate and that will help prepare us once we get into conference play in late March. Our schedule features a lot of home games, so we are looking forward to the tremendous fan support at Thomas Stadium. We need the fan support as we embark on our goal of winning the Southern Conference Championship.”

For the seventh straight season ETSU will open the year at home as the Bucs host Central Michigan Feb. 17-19 at Thomas Stadium. Overall, the Blue and Gold play 14 of their first 18 games at home as ETSU also hosts Oakland (Feb. 21-22), Mid-American Conference Champion Western Michigan (Feb. 24-26), and Gardner-Webb (March 10-12). Sandwiched between the weekend series with the Broncos and Runnin’ Bulldogs are back-to-back midweek home games with Tennessee and Marshall on March 7-8. The Thundering Herd are coming off a 34-win season in a powerful C-USA league.

The Bucs hit the road for the first time March 3-5 as ETSU travels to Tallahassee for a four-game weekend tilt with Florida A&M. The Rattlers won 31 games a year ago, including the MEAC regular season championship.

After a weekend trip to Miami (Ohio) on March 17-19, the Bucs dive into Southern Conference play as ETSU faces regular season champion Mercer in Macon (March 24-26). Mercer posted 38 wins in 2016 and fell to Western Carolina in the SoCon Championship game. The Bucs’ other league road series include Furman (April 21-23), The Citadel (May 5-7) and VMI (May 18-20).

Following a heavy home start, the Bucs also feature a plethora of home games towards the end of March and entire month of April as ETSU plays 14 of 20 games at Thomas Stadium from March 31-April 30. In addition to conference weekend series, the Bucs also host William & Mary (April 13-15), while welcoming Appalachian State (April 4) and Virginia Tech (April 18) to town for a pair of midweek clashes.

The SoCon Championship will once again be held at Fluor Field in Greenville, S.C. the week of May 23-28. The winner of the conference championship earns the automatic bid to the NCAA Tournament.