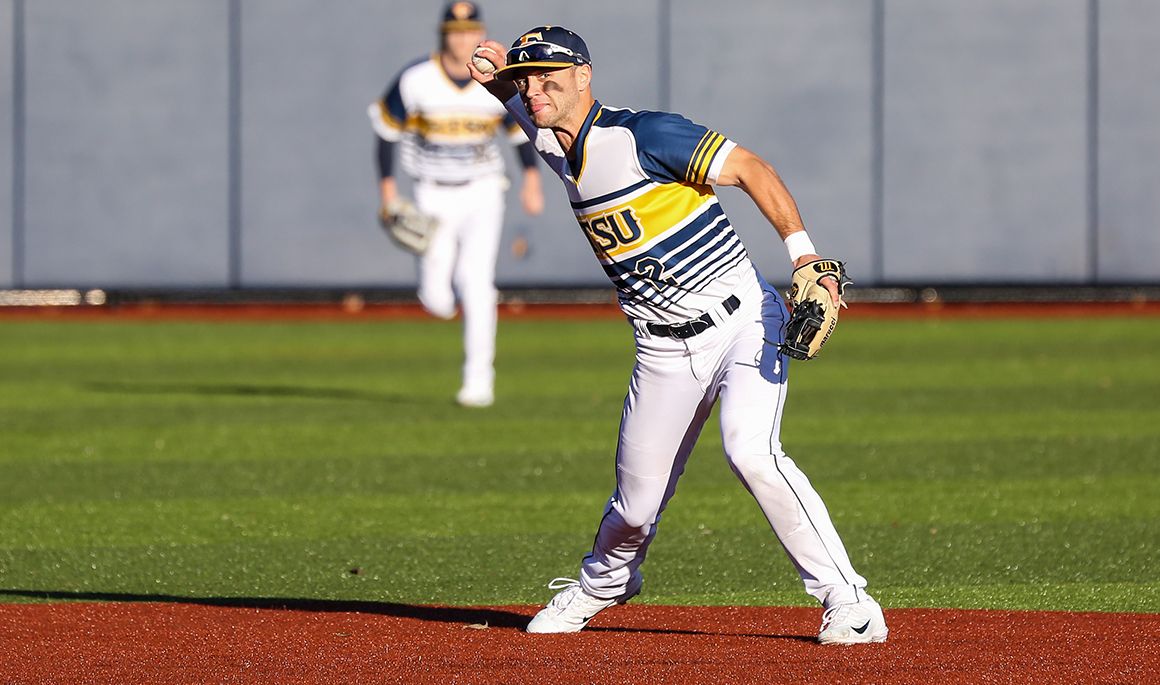 After being sidelined for most of the 2016 season, Cook returned to the diamond red-hot as he helped guide the Bucs to a series win over the Chippewas this past weekend at Thomas Stadium. Cook, who already has 10 hits this season, belted a pair of home runs and two doubles over the weekend. Of the 12 times he reached base in the series, his teammates plated him nine times. In the series the Bucs recorded 32 total runs, and Cook accounted for over 28 percent of the ETSU runs against the Chippewas.

The ETSU shortstop also recorded home runs in the first two games of the season, and he leads the Buccaneer squad in home runs, on-base percentage (.800), slugging percentage (1.385), total bases (18) and stolen bases (2). As the ETSU leadoff hitter, Cook posted an astounding .833 (5-for-6) in leadoff situations, and he has recorded a team-best four hits and four RBIs with two outs.

The Bucs will make the short turnaround as they welcome Oakland to Johnson City for a two game series. The mid-week clash starts on Feb. 21 with first pitch scheduled for 3 p.m. at Thomas Stadium.