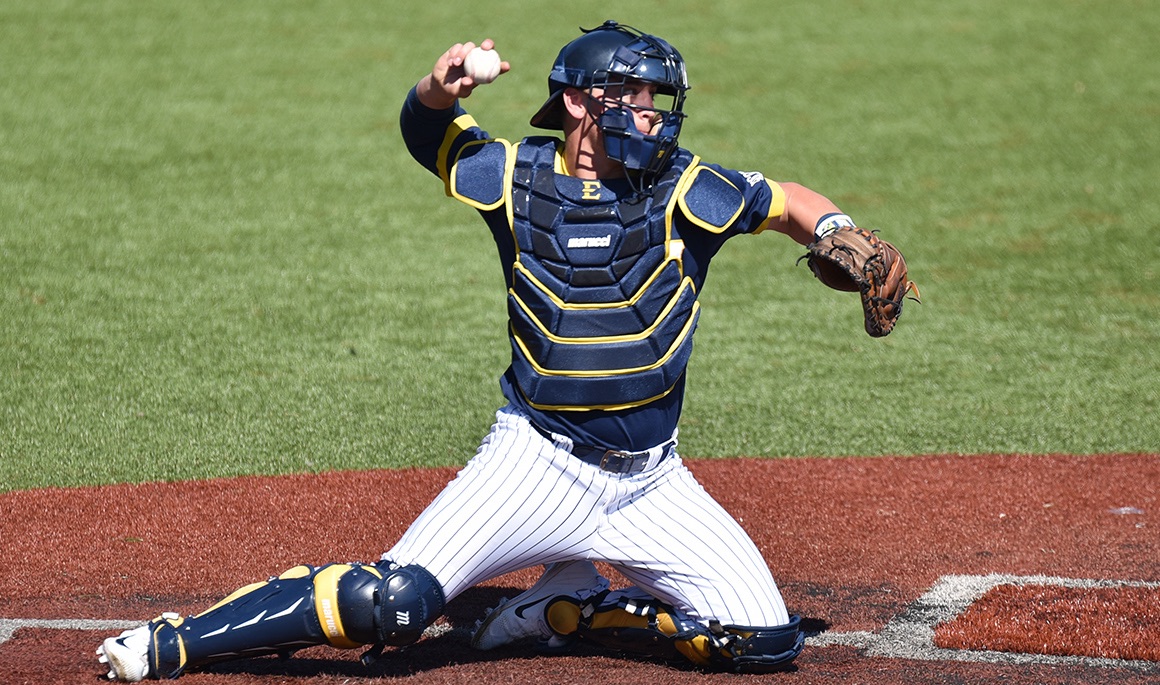 TALLAHASSEE, Fla. (March 5, 2017) – Despite leading 12-3 heading into the bottom of the ninth, the ETSU baseball team let up 10 unanswered runs including nine in the ninth inning as the Bucs fell in extra innings 13-12 on Sunday afternoon at Moore-Kittles Field.

Highlighting the rubber series against Florid A&M was Hagen Owenby (Knoxville, Tenn.). He recorded two hits with three RBIs and two runs scored, and he knocked his second home run of the year in the fifth inning to make the game 6-0.

Also joining in on the 15 ETSU hits was Aaron Maher (Brentwood, Tenn.) and Cullen Smith (Lebanon, Tenn.). The duo each knocked a trio of hits and a RBI on the afternoon. Maher scored, a team-high, four runs including swiping two bases. Christian Bailey (Kingsport, Tenn.) knocked a pair of hits while recording three RBIs. Also staying hot offensively was Chris Cook (Kingsport, Tenn.) as he contributed two hits and two runs.

Blake Smith (Ninety Six, S.C.) hurled a strong start as he went six innings without allowing a run to score. He scattered nine hits while striking out three batters. Also tossing a strong game was Logan Gentry (Kingsport, Tenn.) as he tossed in the seventh and eighth innings. The junior didn’t allow a hit or run in his third appearance of the year.

Drew Korzybski (Knoxville, Tenn.) was pinned for his second loss of the year and drops to 1-2. Jamie Grant earned the win as he pitched a 1-2-3 10th inning.

ETSU’s next game is against in-state rival Tennessee on Tuesday, March 6 at Thomas Stadium. First pitch is scheduled for 6:30 p.m.