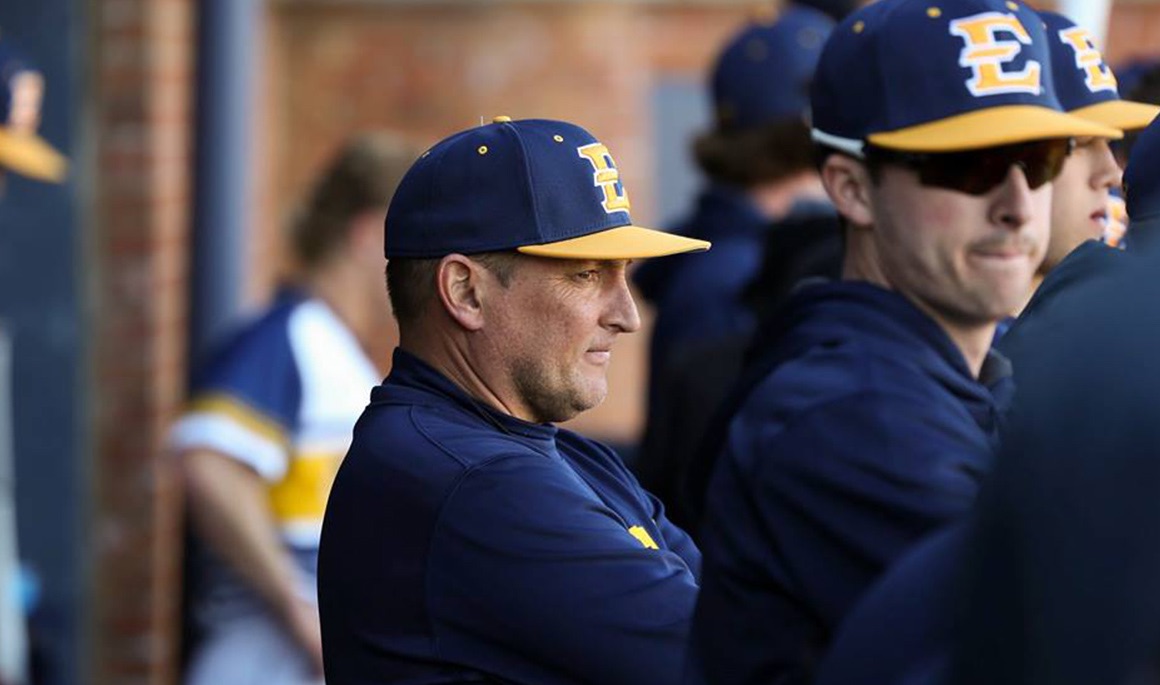 JOHNSON CITY, Tenn. (March 6, 2017) – Coming off its first road series of the season, the ETSU baseball team returns to Thomas Stadium as the Bucs open a five-game homestand this week.

The Bucs are scheduled to host No. 25 Tennessee Tuesday night at 6:30 p.m.; however, due to inclement weather expected to hit the Tri-Cities region, there is a high probability that the game will be postponed. An official announcement will be released at 11 a.m. on ETSUBucs.com.

Tuesday’s game between the Bucs and Volunteers will be the 79th all-time meeting between the two squads. The last time ETSU defeated the Vols was in 2014 when UT was ranked No. 25. During that same year, ETSU swept the season series with the Vols 9-7 in Johnson City.

The game on Wednesday with Marshall will be the 62nd all-time meeting between the two teams. The Thundering Herd holds a slight 32-29 edge over the Bucs. The last time the two ball clubs squared off was in 1997 when ETSU hosted a three-game series in Johnson City.

ETSU is coming off a tough series loss at Florida A&M, but the Bucs look to rebound with a pair of home midweek games.

The Bucs are 7-4 on the year including a 6-2 record inside Thomas Stadium.

Leading the offensive charge is starting left fielder Hunter Parker (Chattanooga, Tenn.). The junior college transfer leads the team with a .526 batting average and is in a three-way tie for first in hits (20) and doubles (4). He also sports a .632 slugging percentage as well as a team-best .591 on-base percentage.

Behind Parker is a pair of juniors – Chris Cook (Kingsport, Tenn.) and Aaron Maher (Brentwood, Tenn.). Cook is second on the squad with a .435 batting average including a team-leading 18 runs scored. He has accounted for nearly 30 percent of the ETSU runs this season as he also driven in 12 RBIs. Maher boasts a .400 batting average, and he is second on the team with 14 runs scored. He is also tied for first in hits (20) and doubles (4).

Also starting to heat up offensively is freshman Cullen Smith (Lebanon, Tenn.), junior Christian Bailey (Kingsport, Tenn.), and junior Hagen Owenby (Knoxville, Tenn.). Smith has a .405 batting average, and he has connected with 17 hits this season including three doubles and 14 RBI. Bailey has also recorded 17 hits, and he is second on the team in extra base hits with five. Owenby has belted two home runs on the year – which ranks second on the squad. The SoCon Preseason Player of the Year is hitting .319, while he has scored 12 times this year and has driven in 10 runs.

Starting pitching this year has been one of the strong points for the ETSU pitching staff. ETSU’s starting pitchers are 4-2 in 11 starts, while sporting a 4.92 ERA. Blake Smith (Ninety Six, S.C.) has performed well as he has a 2.60 ERA on the season in three starts. He has hurled 17.1 innings while allowing five earned runs on the year. Junior Ryan Simpler (Lewes, Del.) is 2-1 on the year, and leads the team with 17 strikeouts. Simpler has tossed 15.2 innings and has limited opponents to a .292 batting average, which leads the Blue and Gold.

In 2017, the Vols have won nine of their first ten games to crack the Top-25. Tennessee’s lone loss came against at Memphis in a 4-1 setback.

The Vols have seven individuals hitting over .300 on the season with Jeff Moberg leading the surge at .476. Pitching-wise, they have a team ERA of 3.20 including limiting opponents to a .231 batting average.

Offensively Moberg leads the team in many offensive categories including runs (15), hits (20), extra-base hits (7), home runs (4), total bases (36), slugging percentage (.857) and on-base percentage (.551). Just behind the red-shirt senior is senior Jordan Rodgers as he sports a .450 batting average in nine games this year. He has knocked 18 hits including three home runs and a team-best 14 RBIs.

ETSU is scheduled to see true freshman Connor Darling as he is set to start his first game of his career. He has pitched in two games this year and has totaled 2.2 scoreless innings with three strikeouts. In the bullpen, Tennessee has a pair of relievers that have been dominant this year – Garrett Stallings and Jon Lipinski. Stallings has appeared in six games and sports a 1-0 record with a 1.23 ERA. He has struck out 10 batters in 14.2 innings while minimizing batters to a .180 batting average. Lipinski is a 2-0 and has yet to allow a run in five appearances this year.

Marshall finished its 2016 season at an astounding 34-21, but the Thundering Herd were bested by Southern Mississippi twice in the Conference USA Tournament to end their season.

This year Marshall is off to a 5-5 record and is fresh off a three-game sweep of Lehigh in Huntington, W. Va. this past weekend. The Thundering Herd started their season with a three-game trip to Atlanta where they lost to Georgia State and Georgia Tech, but won their first game of the year against Kennesaw State 7-4.

The Thundering Herd has a pair of offensive players hitting over .300 on the year. Will Ray leads the team as he has started in seven games with nine appearances. He has a .409 batting average with two doubles and a home run. One of the biggest threats is Sam Finfer as he leads the team in many offensive categories – hits (11), runs (9), home runs (4), RBI (15), total bases (26) and slugging percentage (.839).

Marshall’s pitching staff has had some bright spots this year, including Wade Martin. The sophomore right-handed-pitcher is 1-1 on the year with a 1.98 ERA. He has recorded 16 strikeouts in 13.2 innings.

The bullpen has been strong with Hunter Sexton leading the charge as he’s 1-0 with a 0.90 ERA. He has allowed one run in 10 innings with 12 strikeouts. Along with Sexton, Michael Gizzi has appeared in three games this year as a reliever, and he has a 3.00 ERA with four strikeouts in three innings of work.

The ETSU versus Tennessee will be streamed on the SoCon Digital Network, and the video stream can be found here.

The ETSU versus Marshall game will be broadcast on the Buccaneer Sports Network YouTube page. The link can be found here.