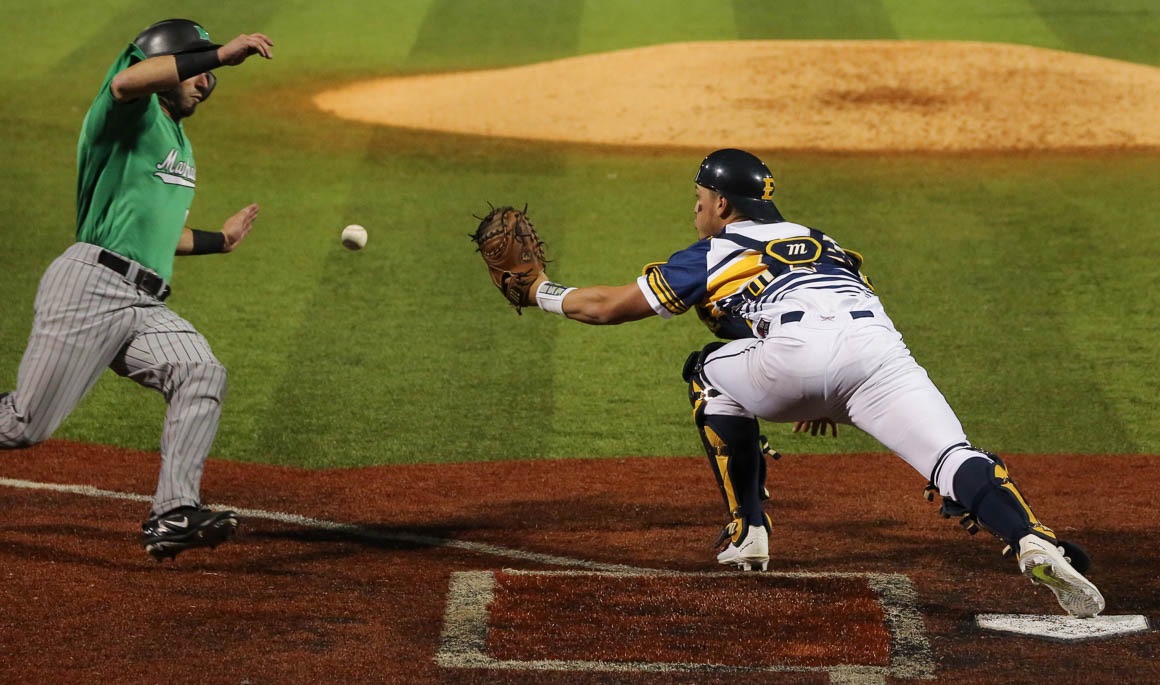 Due to inclement weather expected to hit the Tri-Cities region this weekend, ETSU baseball has announced changes to this weekend’s series with Gardner-Webb.

The two teams now will play a doubleheader on Friday, March 10 at 2 p.m. and approximately 5:30 p.m., followed by a single game on Saturday at 1 p.m.

Hunter Parker (Chattanooga, Tenn.) leads the Bucs in many offensive categories, as he is now the sole leader in hits for the Bucs at 22. He also leads the team in slugging percentage (.634) and on-base percentage (.604).

Chris Cook (Kingsport, Tenn.) and Aaron Maher (Brentwood, Tenn.) each have recorded 21 hits this season with Cook knocking a pair of home runs and three triples, and Maher contributing four doubles on the year. The “Triple Threat” – Hagen Owenby (Knoxville, Tenn.), Cook and Maher – have combined for 46 runs scored, 58 hits and 12 extra-base hits. Maher and Cook have combined for 10 stolen bases this year and have yet to been caught stealing.

Christian Bailey (Kingsport, Tenn.) has been an offensive threat for ETSU as he is fifth on the squad with a .380 batting average including 19 hits and a team-best five doubles and 16 RBIs. Cullen Smith (Lebanon, Tenn.) has made a quick impression as a freshman this year as he is hitting at a .413 clip with 19 hits and 14 RBI in 12 starts.

In 12 games this season, the Bucs have out-hit the opposition 151-129 as well as out-scored opponents 104-92. ETSU has swiped 13 more bases this year and opponents have struck out 34 more times than the Buccaneer lineup.

ETSU’s pitchers have struck out 93 batters this season for an average of 7.67 batters per game. Leading the charge is Simpler with 17 strikeouts. The staff has limited batters to a .295 clip, whereas, opposing pitchers have let ETSU batters hit at a .339 batting average.

The ETSU pitching staff has three pitchers tossing below a 3.20 ERA this year. Logan Gentry (Kingsport, Tenn.) has a 1.80 ERA in four games this year including five strikeouts and holding opposing batters to a .071 clip. Starting pitcher Smith has tossed three games and boasts a 2.60 ERA, and relief pitcher Dillon Cate (Sevierville, Tenn.) has a 3.18 ERA in six appearances this year.

The highlight for the Runnin’ Bulldogs is their starting pitching. The three starting pitchers – Wil Sellers, Zach Mosay and Bradley Hallman – have posted a 3.50 ERA or better this year in three starts. Saturday starter Hallman leads the trio with a 1.29 ERA in 21 innings pitched. He has struck out 21 batters and walked seven while limiting batters to a .174 batting average. Sellers – Friday’s starter – has a 1-1 record in 19 innings pitched with a 2.37 ERA, and Mosay posts a team-best 2-1 record with a 3.48 ERA in 20.2 innings pitched.

Gardner-Webb also has a trio of bullpen pitchers that have been strong in relief – Patrik Morton, Jarrett Thompson and Cooper Devine. Thompson has appeared in half of the games this year for GWU as he has pitched in 12 innings with seven strikeouts while allowing three extra-base hits.

Offensively, the Runnin’ Bulldogs have hit at a .241 clip including hitting an impressive 17 home runs in 14 games. Leading the power surge for Gardner-Webb is Chandler Redmond with four home runs. Just behind him are three players with three home runs and two players with a pair of home runs on the year.

The Runnin’ Bulldogs have one batter hitting over .300 this year with Collin Thacker hitting at a .333 clip. He has started in all 14 games, and he leads the team with 17 hits and 10 RBIs. He has an on-base percentage of .417 and has four doubles on the year.

Danny Sullivan has the most power on the team as he has connected with eight extra-base hits including a team-leading five doubles. He has 29 total bases and leads the team with a .558 slugging percentage.