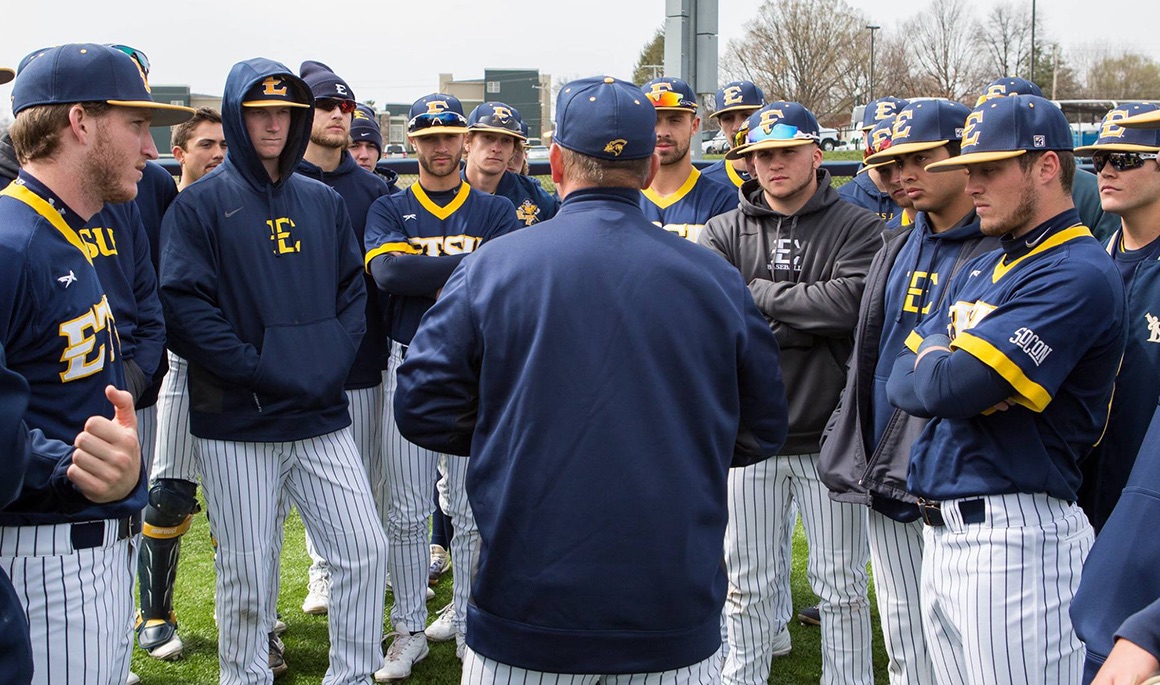 JOHNSON CITY, Tenn. (March 16, 2017) – After winning its fourth series of the season, ETSU baseball will carry that streak to Oxford, Ohio, as ETSU and Miami University will compete in a three-game set beginning on March 17 at McKie Field.

ETSU is coming off its fourth series win this year as the Bucs took a pair of games away from Gardner-Webb at Thomas Stadium this past weekend. The Bucs have four players batting over .400. Leading that surge is junior college transfer Hunter Parker (Chattanooga, Tenn.). The junior is hitting at a .442 clip including 23 hits with four doubles and a team-best .532 on-base percentage. Just behind him is red-shirt junior Chris Cook (Kingsport, Tenn.). The everyday shortstop is hitting at a .406 mark including smacking a second-best three home runs. Junior Christian Bailey (Kingsport, Tenn.) and freshman Cullen Smith (Lebanon, Tenn.) are the other Buccaneers hitting above the .400 mark as Bailey is hitting at .403 and Smith is connecting at a .400 mark.

Currently leading the team in home runs is Caleb Longley (Cleveland, Tenn.). He has smacked five home runs this season while starting in 13 games at the designate hitter slot. He has recorded 16 RBIs and leads the team in slugging percentage at .643. Longley is 26th in the country in total home runs and 31st in home runs per game with 0.36.

In other national rankings, the Bucs are currently fourth in the country in batting average with a .335 mark. The team is also 12th in the nation in on-base percentage at .420, 14th in scoring at 8.6 runs per game and 24th in slugging percentage at .480.

Individually in the country, Cook is 17th in run scored with 22 and 8th in runs scored per game at 1.47. Joining him in the national rankings is Hagen Owenby (Knoxville, Tenn.) as he is the 4th toughest batter to strikeout with a 62 at-bat to strikeout ratio this season, and Peyton Taylor (Kingsport, Tenn.) is 16th in pitching appearances with 10 on the year.

The three starting pitchers have been dominant this year with Sunday starter Blake Smith (Ninety Six, S.C.) leading the charge with the lowest ERA on the pitching staff at 3.63. Just behind him is junior right-handed-pitcher Ryan Simpler (Lewes, Del.). Simpler has the best record on the squad with a 3-1 record in four starts. The Delaware native has tossed 21.2 innings and limits opponents to a .281 batting average, which is the best amongst the starters. Saturday starter, Jamin McCann (Kingsport, Tenn.), is the lone undefeated starting pitcher for the Bucs as he is 2-0 on the year. He has tossed 26 innings this year, and he is coming off his best start of the year against Gardner-Webb where he nearly hurled a complete game.

Out of the bullpen, ETSU has four relievers this year with a sub-2.35 ERA. Connor Bartow (Jonesborough, Tenn.) has the lone unblemished ERA on the year as he has appeared in two games this year. Just behind him is Logan Gentry (Kingsport, Tenn.) who has tossed in five games and sports a 1.59 ERA, and Daniel Shaw (Memphis, Tenn.) has a 2.08 ERA in five appearances as well along with six strikeouts. The final relief pitcher is Dillon Cate (Sevierville, Tenn.) who is tied for the second-most appearances this year on the team with seven.

The Redhawks are 3-10 on the year, and they have either swept or been swept in all four series this season. Miami travels to Cincinnati tonight before the Redhawks return home to host the Blue and Gold. They have played stiff competition against Kentucky, Arkansas and South Florida – all of which were on the road. Miami’s lone wins came at home where the team hosted Illinois State early in March where they swept the three-game series.

Offensively, the Redhawks have one batter hitting over .300 in Adam Yacek who is connecting at a .317 mark in 12 starts this season. He leads the Miami squad with 13 hits – an average of one hit per game – and extra base hits with six (five doubles and one home run). Ross Haffey has shown power this season as he leads the team with a pair of home runs on the year. However, he is tied for the most strikeouts on the team with 15.

As an offensive unit, they have struck out 128 times and walked 40 times and have scored 43 runs for an average of 3.3 runs per game.

The pitching staff has a 7.52 team ERA with Brad Schwartz leading starting pitching staff with a 5.16 ERA. He has started three games this year and has totaled the most innings on the team with 22.2 frames. He has struck out 22 batters while walking ten, and he limits opponents to a .239 batting average.

Miami has one lone reliever with a winning record on the year in Gus Graham. He has a 1-0 record with a 3.38 ERA in four games this season. He holds batters to a .267 clip and has allowed three extra-base hits in eight innings of work.