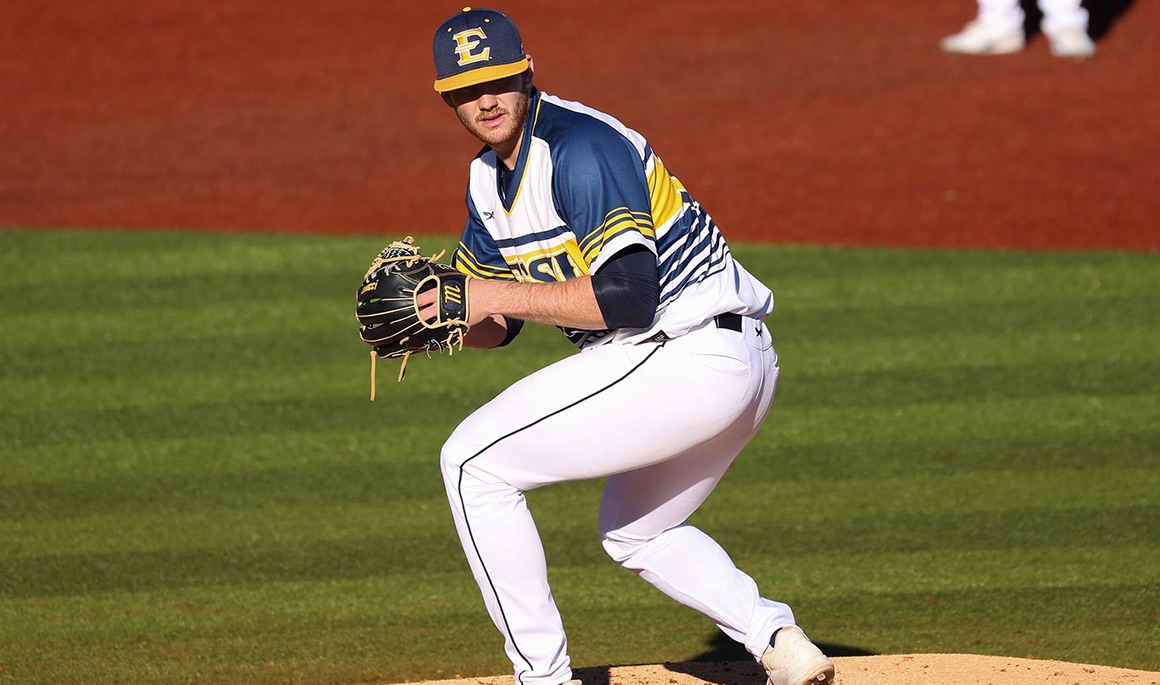 OXFORD, Ohio (March 18, 2017) – The ETSU baseball team battled in Oxford, Ohio on Saturday, but the Bucs fell 4-2 to Miami University at McKie Field in game one of the three-game series to the Redhawks.

Miami was able to get out to a 2-0 lead against ETSU starting pitcher Ryan Simpler (Lewes, Del.) in the first three innings, but the junior kept the Redhawk offense in check in the fourth and fifth frames as Miami could not record a run or a hit in either inning.

ETSU capitalized on Miami’s quiet bats as the Blue and Gold was able to score a run in each the fifth and sixth innings. Blake Rowlett (Clarksville, Tenn.) knocked an RBI single in the fifth, and Seth Cunningham (Bristol, Va.) collected his first collegiate run scoring double to tie the game at 2-2.

Even though ETSU knotted the game in the sixth, Miami regained the lead in the bottom half and extended that lead in the seventh as the Redhawks plated a run in each frame.

Despite allowing all four runs, Simpler posted another strong outing this season in his fifth start of the year. The Delaware native matched a career-best in innings by tossing seven frames. After striking out a career-best nine batters last week against Gardner-Webb, he sat down seven Redhawks on Saturday while allowing a lone walk.

Senior Griffin Krieg (Nashville, Tenn.) tossed one inning where he didn’t allow a run or hit. Between Simpler and Krieg, the pair limited the Miami offense to one hit with runners in scoring position while striking out eight and walking a pair.

Offensively, the Bucs tallied eight hits with a pair of doubles coming off Cullen Smith’s (Lebanon, Tenn.) and Cunningham’s bats. The duo also accounted for both runs scored as each touched home once in the series opener. Cunningham led the offense with a pair of hits as he also recorded a single in the fifth inning where he eventually scored to cut into the Miami lead.

ETSU drops to 9-7 on the year, and the Redhawks move to 4-11 on the season. Simpler was pinned with the loss, and he falls to 3-2. Miami starter Shane Smith earned his first win of the year as he pitched a complete game.

The Bucs and Redhawks will conclude their three-game set tomorrow with a double header. The games are scheduled to begin at noon in Oxford.