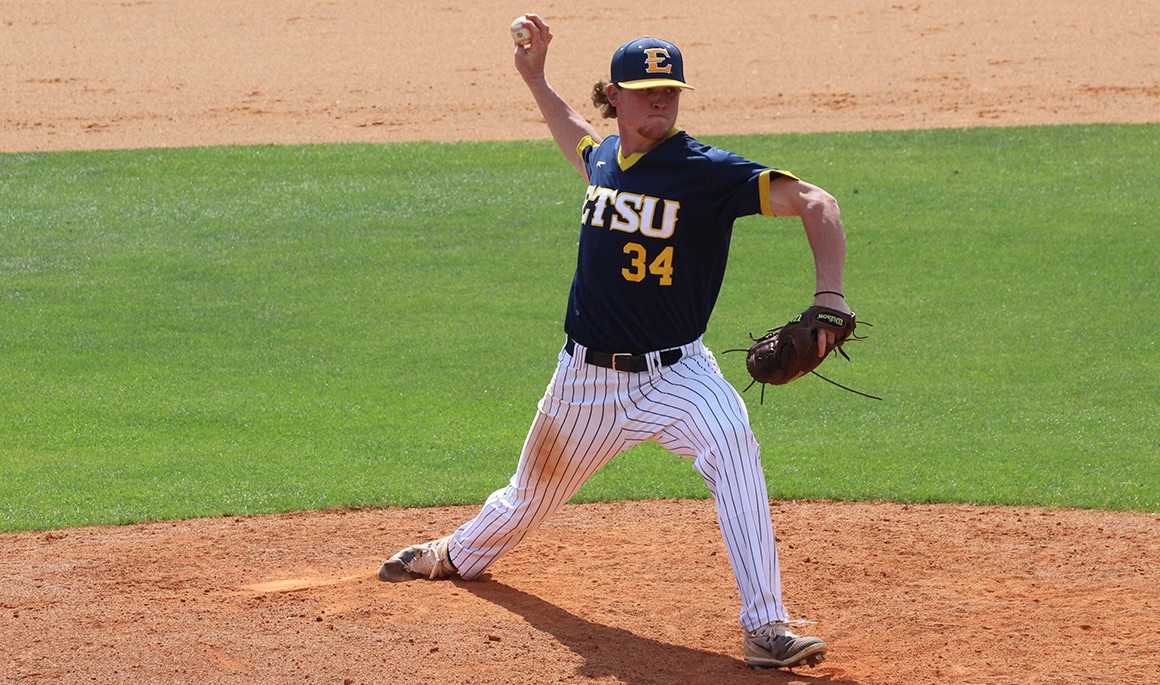 In his last two starts, senior right-handed pitcher Smith has hurled 17 innings while boasting a perfect 2-0 record. In those two starts, he allowed two earned runs while striking out 22 batters and limiting opponents to a .169 batting average.

In the series finale with Mercer, the Ninety Six, S.C. native tossed eight frames where he allowed two runs while striking out eight Bears. He needed 130 pitches where he scattered eight hits in the near complete game. Red-shirt junior Dillon Cate (Sevierville, Tenn.) closed the game as he worked a scoreless ninth inning where he struck out two of the three batters faced.

The Buccaneer offense registered their second straight double-digit hitting performance as the Blue and Gold pounded out 14 hits including three long balls from Hagen Owenby (Knoxville, Tenn.), Chris Cook (Kingsport, Tenn.), and Blake Rowlett (Clarksville, Tenn.). Every Buc starter registered a hit with the four through seven hitters recording eight of the 14 hits for the team.

Christian Bailey (Kingsport, Tenn.) continued his hot stretch as the junior registered a team-best, three hits while scoring once. Rowlett broke out of his slump as he connected with his third home run of the year. He finished the day with a team-leading four RBIs with two coming off a single in the second and the other two coming off his home run to right field.

Aaron Maher (Brentwood, Tenn.) and Seth Cunningham (Bristol, Va.) stayed hot as well as the duo each knocked a pair of hits. The two Bucs also scored once to contribute to the 9-2 victory.

Cullen Smith (Lebanon, Tenn.), Hunter Parker (Chattanooga, Tenn.), and Jammer Strickland (Knoxville, Tenn.) rounded out the hits for the Blue and Gold as the trio each finished the day recording a hit.

The Bucs move to 12-9 overall and 1-2 in the Southern Conference, and Mercer falls to 21-5 and 2-1 in the SoCon. Blake Smith earned his second straight victory as he moves to 2-2 on the year. Mercer starter Chase Burks was pinned with the loss and goes to 1-1 this season.

ETSU will take a day off before the team returns to the diamond. The Bucs will travel to Radford on Tuesday, March 28 to conclude their season-long road trip in Radford, Va. First pitch is scheduled for 6 p.m.