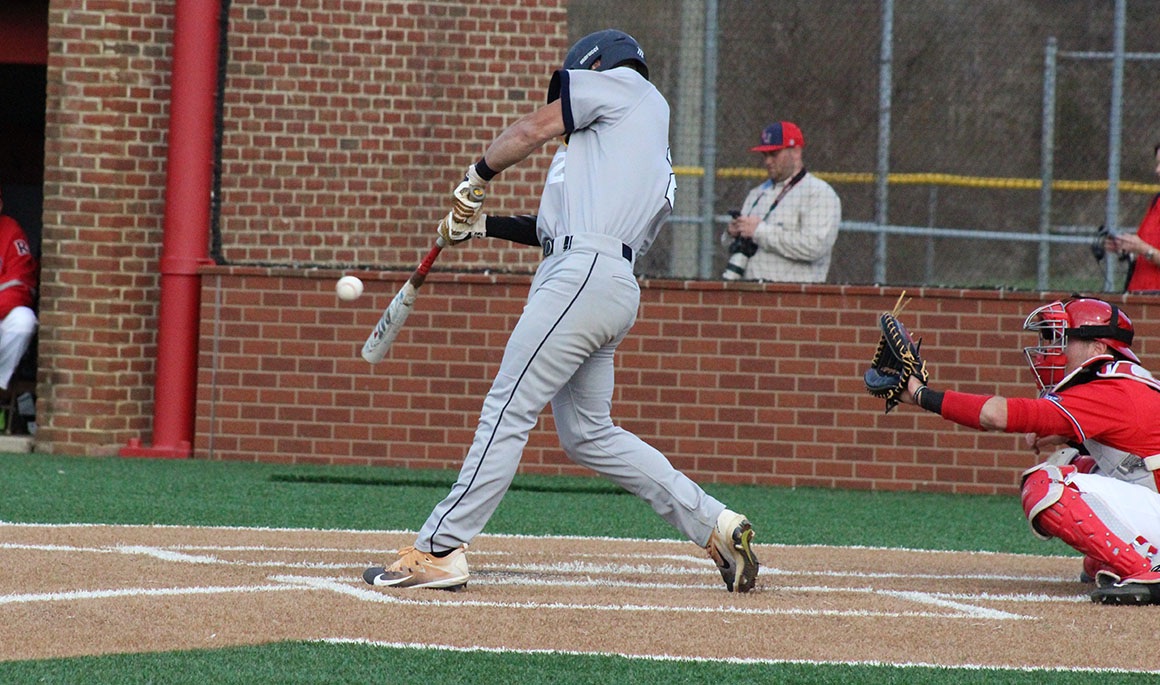 RADFORD, Va. (March 28, 2017) – The ETSU baseball team grinded back into the game after giving up a pair of runs in the first inning by gaining its first lead of the game in the eighth frame. However, Radford delivered a two-out, walk-off triple down the right field line in the ninth to defeat the Bucs 4-3 on Tuesday at Radford Baseball Stadium.

The Buccaneer offense picked up where they left off in the series finale with Mercer as the Bucs pounded out nine hits including three doubles from Aaron Maher (Brentwood, Tenn.), Christian Bailey (Kingsport, Tenn.), and Blake Rowlett (Clarksville, Tenn.).

Red-shirt junior Chris Cook (Kingsport, Tenn.) finished the day going 2-for-4 with a pair of singles including plating the first run of the game off his two-out RBI single in the second inning.

Joining him with two hits was the red-hot Bailey. The junior has recorded ten hits including a pair of doubles and four runs scored in the last five games. On Tuesday, Bailey recorded another pair of hits including an RBI double down the right field line to tie the game at 2-2 in the eighth inning.

Rowlett delivered the go-ahead run later that inning as he reached on a fielder’s choice to shortstop. He hit the ball to short with the infield in, but Bailey rushed home and beat the tag to give ETSU its first lead of the game – 3-2.

Even being down for the first time in the game, Radford came back in the ninth as they worked a walk and a single to put two runners on. After striking out a Highlander, Danny Hrbek delivered the final blow with his two RBI, walk-off triple to seal the 4-3 win.

As a team, the Bucs only struck out five times while drawing four walks. ETSU stranded ten Buccaneers on the base paths on Tuesday including picking up two hits in 12 chances with runners in scoring position.

The Bucs sent out seven pitchers in the committee outing for the Blue and Gold. From the second to eighth innings, the Bucs did not surrender a run while allowing four hits in the seven-inning span.

Griffin Krieg (Nashville, Tenn.) started the game and delivered a team-leading three punch-outs in two innings of work. Just behind him was senior Connor Bartow (Jonesborough, Tenn.) who struck out a pair in an inning. Drew Korzybski (Knoxville, Tenn.), Victor Gonzalez (Jupiter, Fla.), Logan Gentry (Kingsport, Tenn.), and Daniel Shaw (Memphis, Tenn.) each worked an inning without allowing a run and allowed one combined hit.

Peyton Taylor (Kingsport, Tenn.) was pinned with the loss as he suffers his first loss of the year – 2-1. Kyle Zurak finished the game for Radford, and he moves to 2-0. Overall, ETSU drops to 12-10, and Radford moves to 11-13 on the season.

This was the final game of the season-long road swing where the Bucs went 3-4. ETSU will now return home for a season-long 12-game home swing with games against UNCG, Appalachian State, Western Carolina, Tennessee, Williams & Mary and Virginia Tech.

ETSU starts that stretch with a Southern Conference three-game set with UNCG beginning on Friday, March 31 inside Thomas Stadium. First pitch is scheduled for 6:30 p.m.