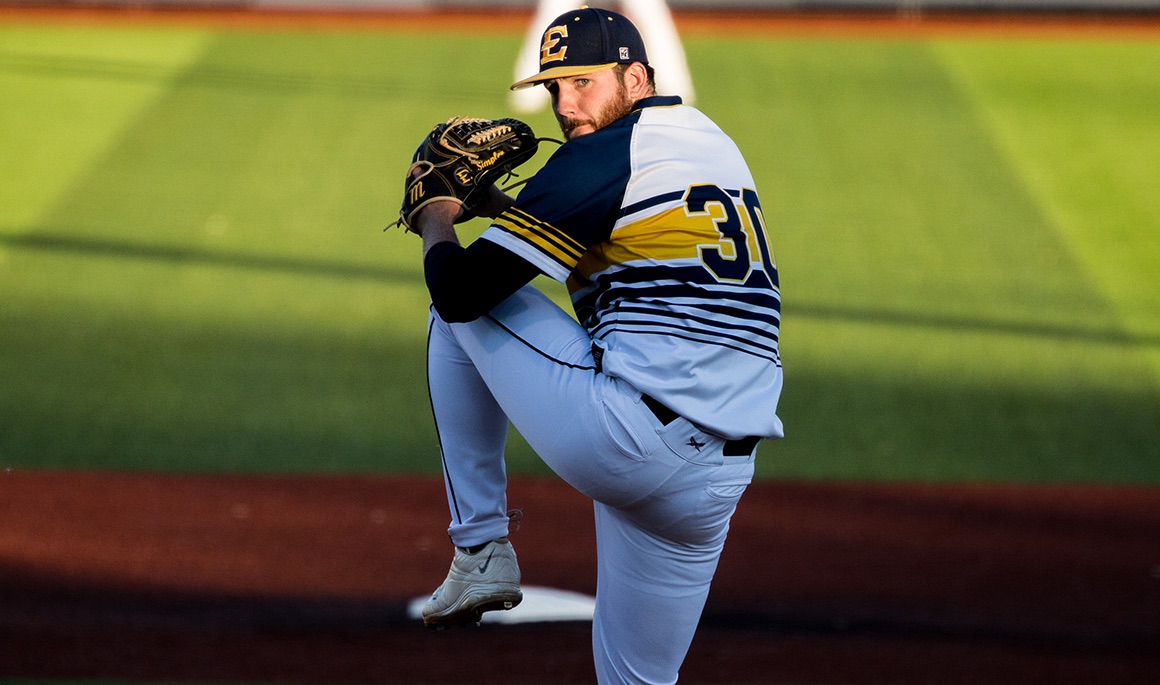 The Bucs out-hit the Catamounts 11-8, but the Western Carolina relievers limited the Bucs to one run in six innings of relief. The WCU pitching staff combined for 15 strikeouts and only three walks. The 15 strikeouts marks the most for the Bucs this season and only the third time this year the Bucs have struck out in double-digits. WCU starter Bryan Sammons recorded seven of those strikeouts, but he allowed three runs in the fifth, which gave ETSU its first lead of the game.

Matching the Western Carolina staff stride-for-stride was ETSU right-handed-pitcher Simpler. The junior worked eight frames where he scattered six hits and matched a career high in strikeouts with nine. He tossed 129 pitches in the series opener where 81 went for strikes (63.8 percent) in the quality outing. It was Simpler’s third straight quality start with all three outings going at least seven innings. In that same stretch, he struck out at least seven batters and combined for 24 strikeouts in those three games.

ETSU pounded out double-digit hits on Friday, which was the 17th time this season for the Blue and Gold. Four Buccaneers posted multi-hit games with Hagen Owenby (Knoxville, Tenn.) leading the surge with three hits. Chris Cook (Kingsport, Tenn.), Christian Bailey (Kingsport, Tenn.), and Blake Rowlett (Clarksville, Tenn.) rounded out the multi-hit performances as all three knocked a pair of hits in the nightcap.

Bailey connected with his team-leading tenth double of the season, which scored the go-ahead runs in the fifth for the Bucs. The Bucs capitalized off two WCU miscues in that frame which allowed Rowlett to score off an error and Cook and Owenby to touch home safely off Bailey’s double to left-center.

In the eighth inning, Hunter Parker (Chattanooga, Tenn.) and Owenby drew up a perfect hit-and-run, which gave the Bucs their second lead of the afternoon at 4-3.

The ETSU bullpen combined for four innings where they allowed just two hits while striking out two batters. However, the Western Carolina bullpen held the Blue and Gold scoreless for the final four frames, which was enough for WCU to scratch the game-winning run in the 12th inning.

The second reliever for Western Carolina, B.J. Nobles, earned the win as he remains undefeated at 3-0 on the year. The third Buccaneer reliever, Connor Bartow (Jonesborough, Tenn.) was pegged with his first loss of the season as he drops to 1-1.

The second game of the series is scheduled for Saturday between ETSU and WCU. First pitch from Thomas Stadium is set for 2 p.m., and Drew Korzybski (Knoxville, Tenn.) will get starting nod for the Blue and Gold.