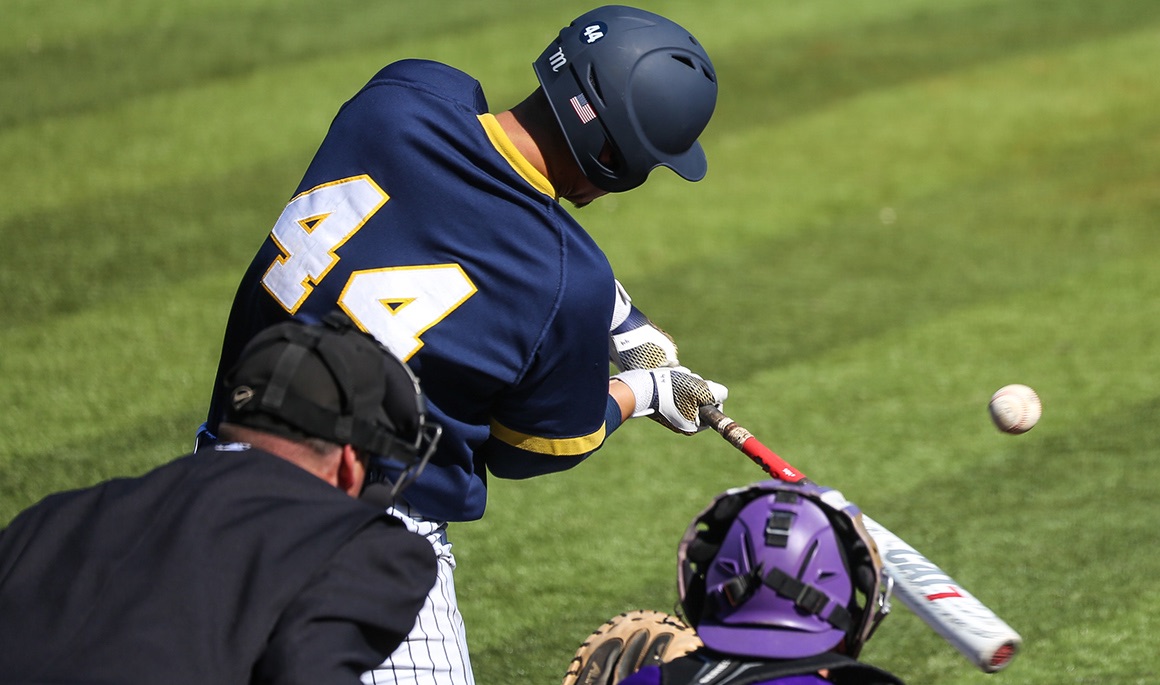 Owenby and Strickland totaled the three extra-base hits for the Bucs as Owenby drilled two home runs, while Strickland knocked his first home run at ETSU off the top of the scoreboard in left field at Thomas Stadium. This was Owenby’s fourth game in his career that he has connected with two home runs in a game. The last time he accomplished that feat was last year at Wofford. Strickland jumped on his first ETSU home run as he led off the fourth inning with a solo bomb to left field.

Just like in game one of the series with the Catamounts, the Bucs drilled double-digit hits for the 18th time this season. Eight of the nine starters for ETSU recorded a hit highlighted by the one through three hitters who each recorded a pair of hits for the Blue and Gold – Chris Cook (Kingsport, Tenn.), Owenby and Christian Bailey (Kingsport, Tenn.). Cook touched home once, and Owenby and Bailey combined for four walks in the afternoon match.

Aaron Maher (Brentwood, Tenn.) knocked a single in the second inning where he eventually came in to score off a Blake Rowlett (Clarksville, Tenn.) groundout to second base. Later that inning, Cullen Smith (Lebanon, Tenn.) contributed a RBI single through the right side, which cut the ETSU deficit to 5-2.

Owenby hit an opposite field home run down the right field line in the third inning, which pulled the game to 5-3.

After allowing the Catamounts to score one in the fourth, the Bucs answered by plating two runs to make it a one run game. Strickland led off the frame with his solo home run, and Cook scored later in the inning off a fielder’s choice.

Western Carolina retaliated in the next inning to double the lead to 7-5 as Caleb Robinson scored off a failed pickoff move to second base.

ETSU again cut the WCU lead to one as Owenby snuck his second home run of the game down the left field line to leadoff the sixth inning. However, that was as close the Bucs would get as Western Carolina scored once in the eighth and added insurance in the ninth to complete the series victory with a 9-6 win in game two of the series.

Both teams combined for five errors, which led to three unearned runs for the Bucs.

Four Buccaneer relievers came on to pitch, and Griffin Krieg (Nashville, Tenn.) had the strongest outing as he went four innings while scattering three hits without allowing a walk. The four other ETSU relievers allowed one earned run in five innings of work.

The Catamounts knocked three hits with runners in scoring position as the Bucs could only muster one in eight chances. Despite not ever holding the lead, ETSU went an impressive 6-for-9 in the leadoff role as the Bucs got a leadoff hit in the first six innings. Three of those leadoff hits were home runs.

Drew Korzysbki (Knoxville, Tenn.) was pinned with the loss as he drops to 2-4 on the year. Dylan Biumi – who was the first reliever for WCU – earned his first win of the season as he tossed 3.2 innings while allowing one run. Korey Anderson closed out the game by holding the Bucs hitless in 1.1 innings.

ETSU looks to avoid the sweep in game three on Sunday as the Bucs and Catamounts square off at 1 p.m. at Thomas Stadium. The Bucs will send out Blake Smith (Ninety Six, S.C.) to start the game.