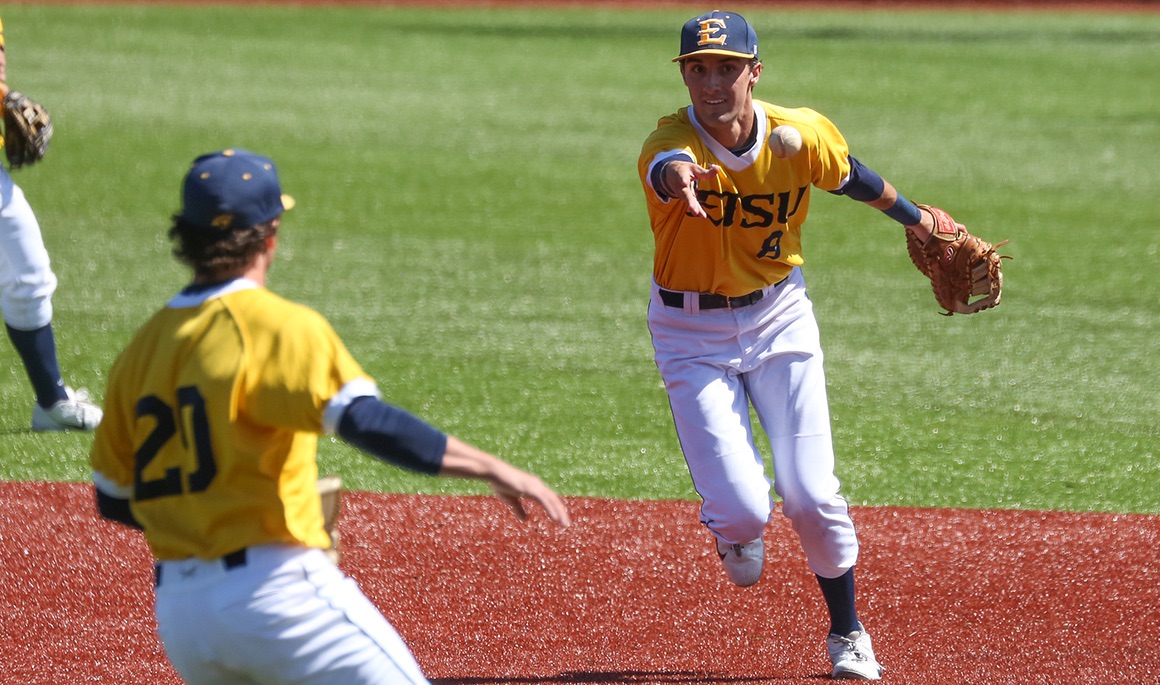 The Catamounts slugged four home runs including a grand slam from Carmon Blaquiere in the seven-run eighth inning for WCU. The Western Carolina third baseman finished the game going 4-for-5 with a team-leading seven RBIs. He was also just a triple shy of recording a cycle.

Despite allowing 19 hits with six going for extra-bases, the Bucs had several chances to knot the game. The best chance came in the seventh inning as the Bucs found themselves down 4-1 heading into the bottom of the frame. Aaron Maher (Brentwood, Tenn.) led off the inning with a hard hit double down the right field line, and two batters later Blake Rowlett (Clarksville, Tenn.) uncorked on his fourth homer of the year to right field to make the game 4-3.

However, Western Carolina did not let the Bucs get closer as the Catamounts scored seven runs off five hits in the eighth to go up 11-3.

Despite being down eight, the Bucs attempted a ninth inning rally as both Christian Bailey (Kingsport, Tenn.) and Maher were able to get on base to leadoff the inning. Caleb Longley (Cleveland, Tenn.) made Western Carolina pay as he stroked the first pitch he saw over the right center field wall. The three run homer from the Cleveland, Tenn. native made the game 11-5, but that was all the Bucs could muster in the inning.

Bailey led ETSU with a pair of base knocks including two runs scored. Longley and Rowlett scored all six runs for the Blue and Gold as each contributed a home run in the series finale. Maher touched home twice, while Longley and Rowlett both scored once off their respective home runs. The four through nine hitters for the Blue and Gold recorded all seven hits including all six runs and RBIs.

The Western Carolina starter, Brendan Nail, came into the outing averaging 1.26 strikeouts per inning, but the Buccaneer offense limited the Sunday starter to five strikeouts and forced four walks. Nail tossed seven innings while scattering four hits and allowing three runs to score. He earned his third victory as he moves to 3-5 on the year, and ETSU starter Blake Smith (Ninety Six, S.C.) was pinned with his fourth loss as he moves to 2-4.

The Bucs scored in three innings, but ETSU had its leadoff batter reach base in seven of the nine innings. Four of those leadoff batters got on via a base hit and three by means of a free pass. The Catamounts took advantage with runners in scoring position as they connected with five hits in 18 opportunities. They also smacked six hits in 14 at-bats with two outs. ETSU couldn’t tally a two-out hit in the Sunday clash.

ETSU’s next game will be against in-state rival Tennessee on Tuesday, April 11. First pitch is scheduled for 6:30 p.m. at Thomas Stadium. Tickets are going fast, so be sure to reserve your seat by purchasing your tickets by clicking here.