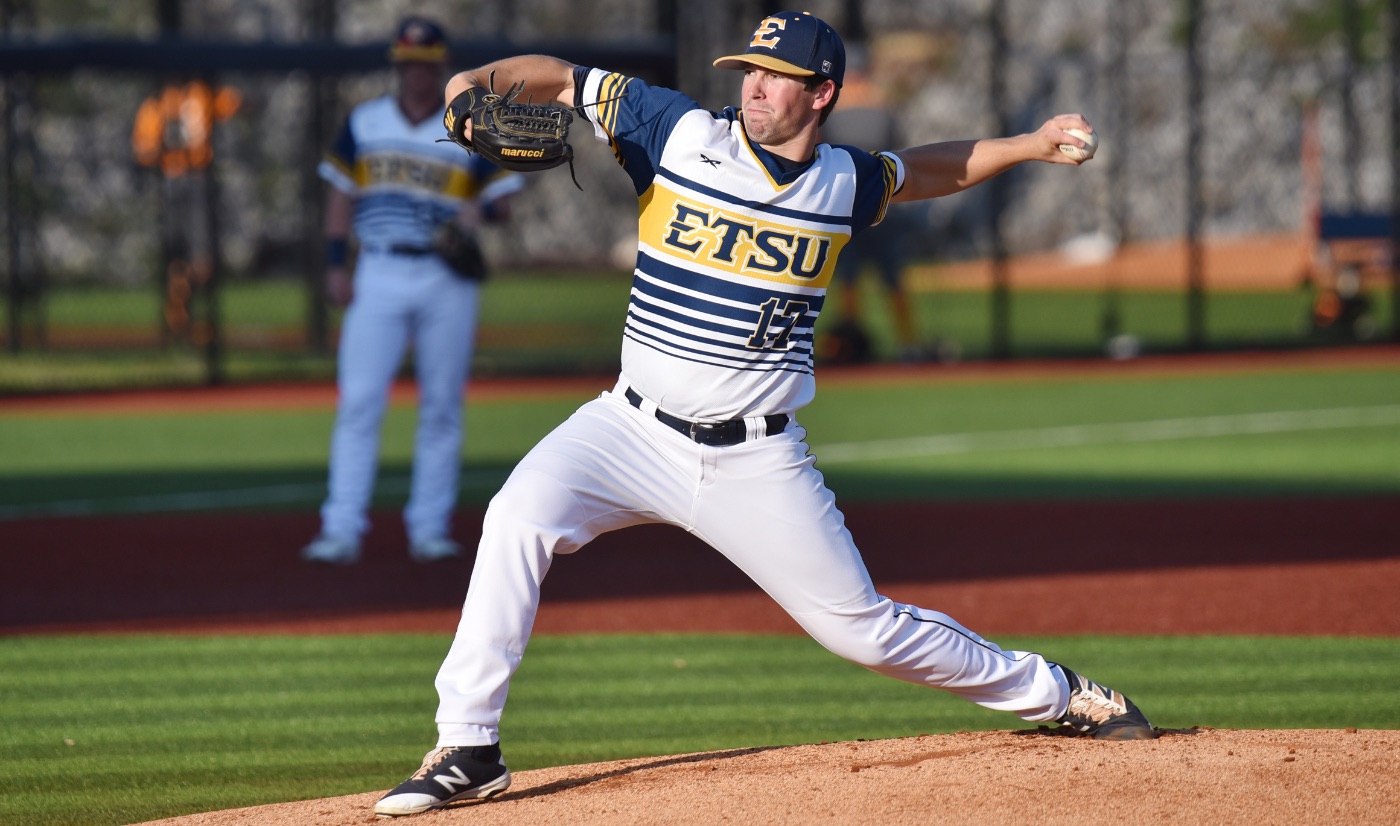 JOHNSON CITY, Tenn. (April 11, 2017) – Heading into its midweek battle with in-state rival Tennessee, ETSU head coach Tony Skole stressed the importance of his Buccaneers getting off to a strong start.

ETSU executed the game plan to perfection as the Blue and Gold struck for six runs in the first two innings, while senior southpaw Jamin McCann (Kingsport, Tenn.) tossed five scoreless frames en route to lifting the Bucs to a 10-2 win over the Volunteers in front of a record-setting 1,911 fans on Tuesday night at Thomas Stadium.

McCann – who made his first start since March 18 (at Miami University) – held Tennessee to six hits, while striking out five and walking one to earn the win. Dillon Cate (Sevierville, Tenn.) and Chris Cook (Kingsport, Tenn.) held the Vols scoreless for the final three innings to cap off the eight-run victory.

Junior outfielder Aaron Maher (Brentwood, Tenn.) played a key role in the Bucs’ fast start offensively as he reached base in the first two innings and scored in both frames. Maher doubled in the first and singled in the second as he finished 3-for-5 with three runs scored. Jammer Strickland (Knoxville, Tenn.) led off the second inning with a home run, while Christian Bailey (Kingsport, Tenn.) went 2-for-4 with a run scored and three RBI.

Overall, seven players accounted for ETSU’s 10 hits, as the Bucs scored the first 10 runs before Tennessee scratched across its two in the top of the sixth. The one through four hitters for the Bucs provided most of the offense as the top four batters went 7-for-16 with four RBI and eight runs scored.

Hagen Owenby (Knoxville, Tenn.) contributed an RBI double to left-center in the second inning. The junior also walked twice and touched home twice. Cook scored twice as well and finished the nightcap going 1-for-4 in the leadoff role. As a team, ETSU drew eight walks while striking out six times. Tennessee mustered a pair of walks and struck out 10 times, which is the eighth time this season the ETSU pitching staff has struck out opponents in double digits.

The win ends a three-game losing skid and a four-game losing streak to Tennessee. The victory marks the first time ETSU defeated the Vols since 2014 when ETSU upended the Vols 9-7 in Johnson City.

The Bucs are back home at Thomas Stadium as ETSU hosts William & Mary starting on April 13. First pitch set for 6:30 p.m.