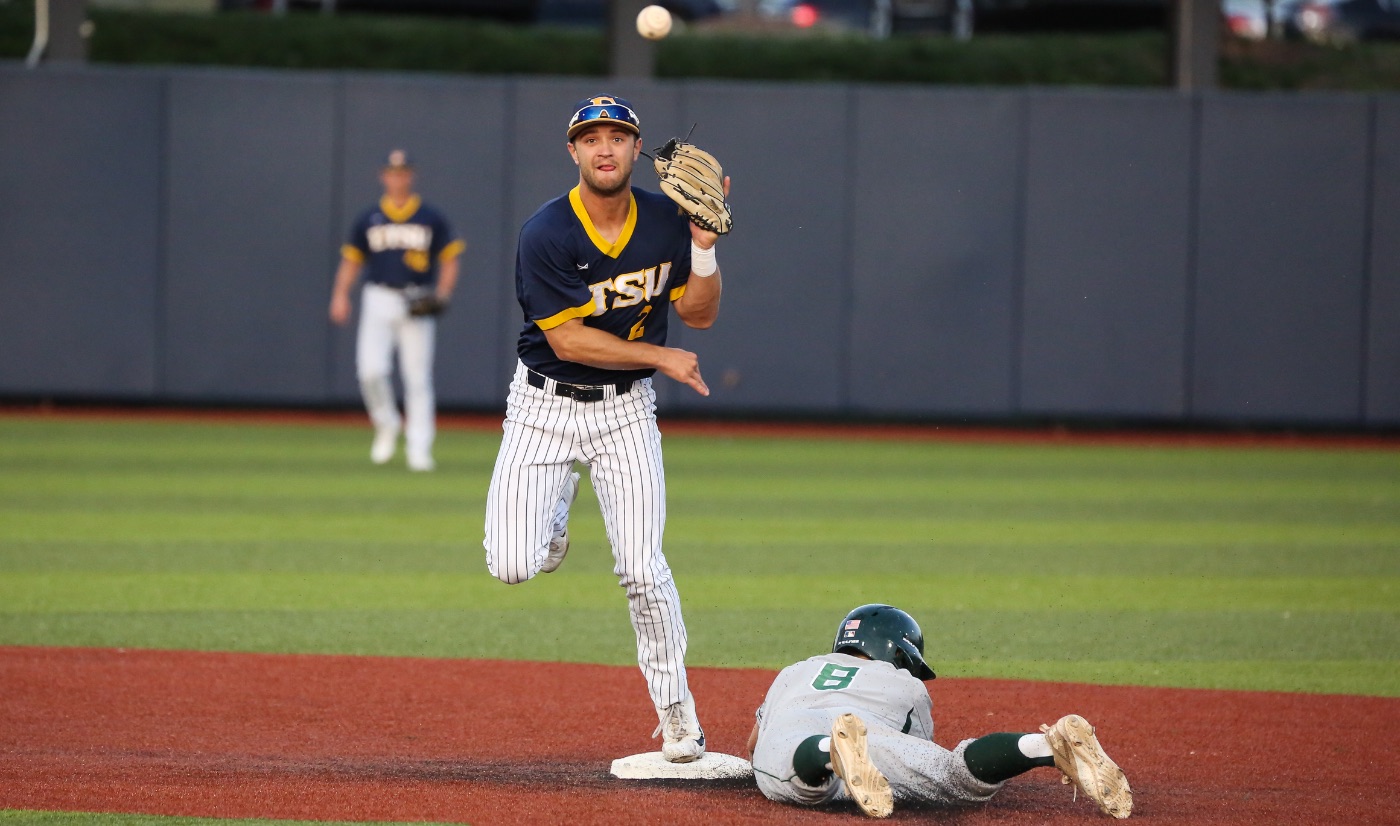 For the fifth time in his career, Cook pounded out four hits including a double in the eighth inning. This is the third four-hit game for Cook this season as he connected with four hits against Florida A&M and Central Michigan. He finished game two of the series with William & Mary scoring twice and going a perfect 2-for-2 in leadoff situations.

Joining Cook with multi-hit games was Hagen Owenby (Knoxville, Tenn.) and Blake Rowlett (Clarksville, Tenn.). Cook and Rowlett have posted back-to-back multi-hit games against the Tribe. In the series, Cook has connected with six hits and three runs score while Rowlett has smacked five hits with two being home runs. Owenby crushed his team-leading seventh home run of the season as he stroked the first pitch he saw off the scoreboard in the third inning.

Jammer Strickland (Knoxville, Tenn.) finished the game going 1-for-3 including his first triple at ETSU, which scored a pair of runs in the third inning. Caleb Longley (Cleveland, Tenn.) contributed a hit and a walk on Friday where he also touched home twice. Owenby matched Strickland as both had a team-best three RBIs.

As a team, ETSU only struck out once and walked four times against three Tribe pitchers. The Bucs batted .400 (4-for-10) with runners in scoring position and put the leadoff batter on in six of the eight innings.

Just like in the series opener, ETSU jumped out to a big lead as the Bucs scored eight runs in the first four innings. The Tribe eventually got on the board in the fifth with a three-run frame. Both teams went scoreless in the sixth and seventh, and Rowlett broke the scoreless streak with his sixth home run of the season. William & Mary couldn’t retaliate in the ninth as they went down in order.

Blake Smith (Ninety Six, S.C.) earned the start as he hurled five innings while scattering seven hits. He allowed the three William & Mary runs, but he struck out five batters to seal his third victory of the year (3-4). Bodie Sheehan opposed Smith, and the Tribe starter lasted just three innings while allowing seven hits, seven earned runs and three walks. Sheehan drops to 4-3 on the season.

The ETSU pitching staff also limited the William & Mary offense to one hit in eight chances with runners in scoring position. The Bucs also stranded 10 Tribe members on base and forced 12 ground outs and three fly outs.

The Bucs are seeking their first three-game series sweep of the season as ETSU and William & Mary square off again on Saturday at 1 p.m. at Thomas Stadium.