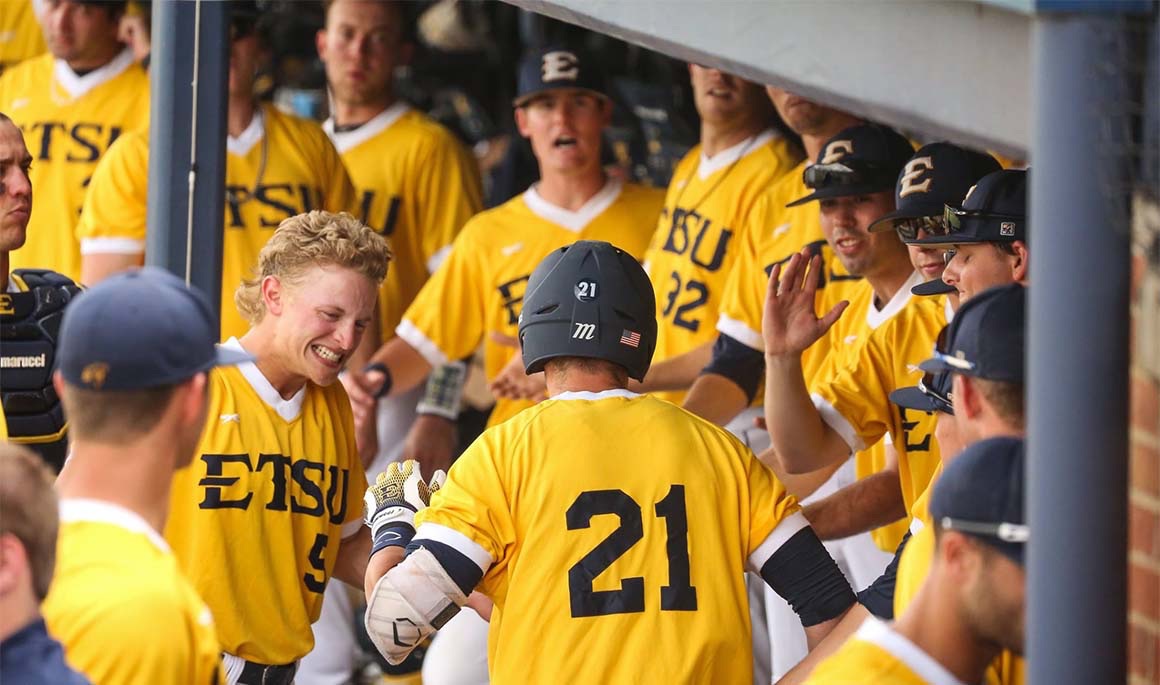 ETSU has won four consecutive games by beating Tennessee and sweeping a three-game series with William & Mary. The Bucs enter the mid-week match with an 18-15 overall record including sporting a 14-9 record inside Thomas Stadium.

During the four-game winning streak, Chris Cook (Kingsport, Tenn.) has been leading the team with a .556 batting average by going 10-for-18. He led the team with seven runs scored, 17 total bases and a .600 on-base percentage. He was tied for the lead on the team in stolen bases with two and doubles with four during that four-game stretch. Team-leading slugger Caleb Longley (Cleveland, Tenn.) swiped a pair of bases, and Aaron Maher (Brentwood, Tenn.) matched Cook with four doubles as well.

Hagen Owenby (Knoxville, Tenn.) and Blake Rowlett (Clarksville, Tenn.) had strong outings in the last four games as they hit .455 and .429, respectively. Each knocked a home run and combined for 11 RBIs and 12 runs scored. Christian Bailey (Kingsport, Tenn.) posted a great outing in the four-game winning streak as he knocked seven hits including his second collegiate home run and six RBIs. Jammer Strickland (Knoxville, Tenn.) led the ball club with a 1.000 slugging percentage as he knocked four hits during that stretch with a double, a triple and a home run.

Ryan Simpler (Lewes, Del.) had one of the best starts during ETSU’s win streak as he tossed seven innings against the Tribe in Friday’s series opener. He struck out a career-high 11 batters where he walked just one opponent. Jamin McCann (Kingsport, Tenn.) also posted one of the best outings of the winning streak as he earned the win over in-state rival Tennessee. He hurled five innings where he scattered six hits and struck out five Vols and walked one in his scoreless outing.

Virginia Tech enters the weekend with a 19-19 overall record including posting a 12-8 mark in Atlantic Coast Conference play. The Hokies are 8-11 on the road with their most recent road result being a 17-6 victory at Radford last week.

Kit Scheetz is one of the best relievers for the Hokies as he has appeared in 19 games and sports a 3.07 ERA. He has twirled 41 innings and holds opposing batters to a .261 batting average. He has allowed four home runs this year, which is the second-most on the team.

Offensively, Jack Owens leads the team with a .365 batting average in 38 starts. Owens has knocked three home runs, two triples and eight doubles, and he leads the country with 62 total hits. Two Hokies (Sam Fragale and Rahiem Cooper) have combined for 24 home runs. Fragale is currently tied for 4th in the nation in home runs (14) and is 3rd in the country in RBIs (53). Cooper has accumulated 10 homers and 30 RBIs including 29 runs scored.