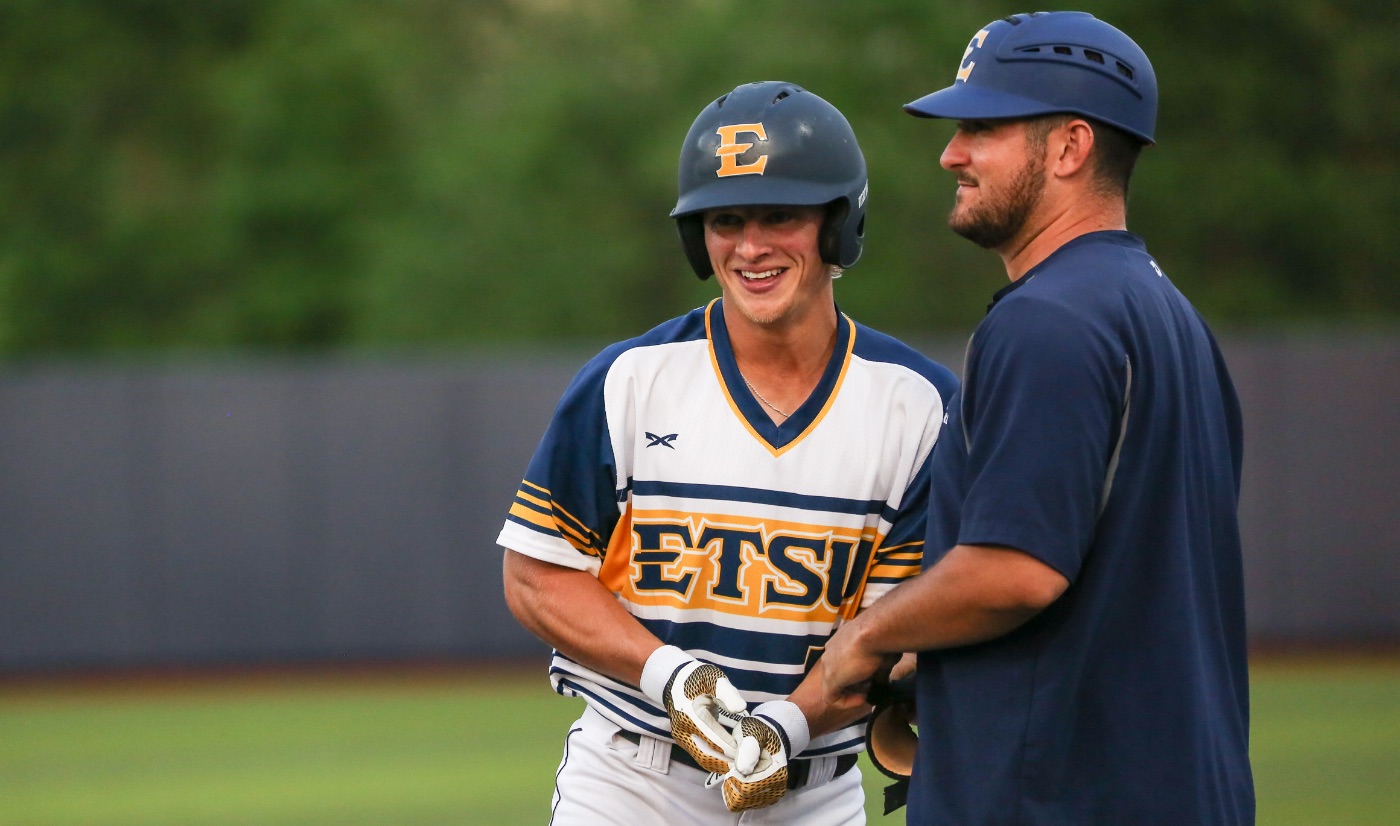 Parker came up clutch for the Blue and Gold in the eighth inning as the Bucs were down 5-4 with one out in the frame. Ahead of him, Jammer Strickland (Knoxville, Tenn.) drew a six-pitch walk, and Parker took advantage as he drove his first collegiate over the right field wall to propel ETSU to its first Southern Conference victory since March 31.

Wofford took the early lead in the first inning as Carson Waln connected with a two-run home run to center field. The Terriers extended their lead with another pair of runs in the third. Waln scored the third run of the game off a bases loaded, sacrifice fly, and McClain Bradley scored on the following play off a fielding error.

Despite being down 4-0, ETSU came roaring back with three runs in the bottom of the third inning. Strickland led off the inning with a hit-by-pitch, and Parker singled through the left side to put two runners on base. Aaron Maher (Brentwood, Tenn.) knocked a single to center, which gave Strickland plenty of time to come home and score. Hagen Owenby (Knoxville, Tenn.) drilled a bouncing double down the left field line, which scored Parker. With two players in scoring position, Christian Bailey (Kingsport, Tenn.) connected with a sacrifice fly to center to pull the Bucs within one run.

ETSU starting pitcher Ryan Simpler (Lewes, Del.) started to find his groove after the third inning as he only allowed two hits in the next four frames including two 1-2-3 innings.

The Blue and Gold capitalized on Simpler’s success as Caleb Longley (Cleveland, Tenn.) nearly knocked the ball out of the ballpark in the seventh. The ball hit high off the wall in right field, and Longley raced into third base, which scored Bailey from first. The hit was Longley’s second triple of the year, which is tied for the most on the team.

The Buccaneer lead quickly dissipated as Wofford forced the bases loaded with one out in the eighth inning. Mack Nathanson drilled a sacrifice line drive to center to give Wofford the 5-4 advantage.

However, ETSU found its first lead in the home half of the frame as Parker drilled his first collegiate home run.

Chris Cook (Kingsport, Tenn.) came in to pitch for ETSU in the ninth, and he went 1-2-3 to record his third save of the year.

Simpler earned his sixth victory of the year as he moves to 6-3 on the year, and Matt Ellmyer was pinned with the loss as he drops to 1-2 this season.

Five Buccaneers posted multi-hit performances with Cullen Smith (Lebanon, Tenn.) leading the surge with three singles. Parker tallied two hits including two RBIs, three runs scored and a walk. Longley, Maher and Owenby rounded out the multi-hit performances as the trio recorded two hits apiece along with one RBI each. Strickland matched Parker by touching home twice, and Maher and Bailey each scored once in the series opener at Thomas Stadium.

Simpler twirled eight innings while tossing 135 pitches (83 strikes). He scattered eight hits while allowing four earned runs and striking out seven. Cook came on to pitch the ninth in the save opportunity, and he worked a perfect inning while striking out one Terrier.

ETSU ends its five-game losing skid and eight-game conference losing stretch. The Bucs move to 20-20 and 3-10 in the SoCon, while Wofford drops to 22-20 and 7-6 in the league.

Game two of the three-game set with Wofford is scheduled for Saturday at Thomas Stadium. First pitch is set for 2 p.m., and Blake Smith (Ninety Six, S.C.) is scheduled to get the ball for the Blue and Gold.